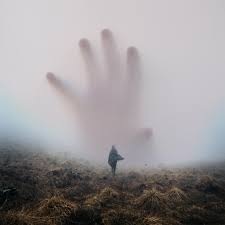 Yup Ash never gets old @_@ he is forever young. Wish I could be like that. Maybe Pikachu has young spell on Ash😂

Well one piece is very long@_@

Ohhh beyblade 😂 I remember the beyblade toys were famous back then. Do you have those? I had Pokemon toys but not beyblades.

Until now Pokemon is still active @_@ Ash never gets old. I am now probably older than him.

My first anime is pokemon >>

have you watched one piece? I neeeeed to watch itttttttt my gush a lot says it is so good but just long 0_0 I'll manage somehow

oumi_mikasa Sep 4, 2020 1:14 PM
ooh It's a very nice theory
I read before about a crazy one and I liked it, it seems logical as an ending, the guy said the one piece will be done after the destruction of the red line, so I'll paste what he said exactly

The ending. It will be beautiful. I dont know if Luffy eventually will die, but I'm sure something like this would happen.

Luffy will accomplish his dream > Becoming Pirate king. At that time, Zoro will be the strongest Swordman. The Red Line is destroyed so ALL THE SEAS ARE MERGED! Resulting in the legendary ALL BLUE > Sanji's dream. Because of ALL BLUE, Nami can draw a map of the world. Chopper will have found the cure for everything, maybe eventually cure Luffy of the same Disease Roger had. Brook will be able to see Laboon again. Franky will have made his legendary creation and have his friends travel with him. Usopp will be one brave motherfucker. Robin will know everything of the entire history.
All dreams are accomplished. All adventures are finished, and just like that, the Legendary story of One Piece, ends.....
... but wait? What was the One Piece? What was the Treasure???
I dont know. It can be an AMAZING power. It can be everything, but to be honest, if I had to guess, It would be this:
The One Piece is the ultimate freedom. Having the One Piece, makes you the Pirate King. The Free-est man alive. Exactly what Luffy wanted

so this is the theory i think it will be the closest of the truth behind the one piece mystery
What do u think?

oumi_mikasa Sep 3, 2020 10:45 AM
yes I really hope so
but almost all one piece fans think that they will die at the end, especially Luffy they say he will surely die
but I do not agree with them :[

btw what do u think one piece can be?

oumi_mikasa Sep 3, 2020 9:28 AM
looool
I like all straw hats too, I appreciate how every member has an important role in the crew
I can't imagine them losing someone, they are an integrated team, they help each other, and all of them are funny :D

so I hope Oda won't let a member die

oumi_mikasa Sep 3, 2020 8:43 AM
yes I will ofc
I like it too,
And my favourite character is zoro
but I love also luffy
damn, I'm confused
so I'll choose both :D
what about you?
All Comments