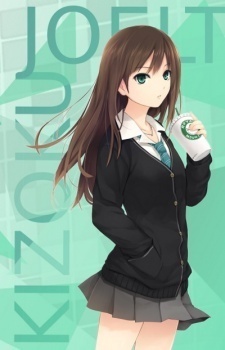 chirale Jun 29, 2013 2:06 PM
Hi JoeLT. I've seen you have Angel Beats! in your favorites. Would you like to join PA Works club to celebrate the studio behind this title?

Nekkoro Mar 17, 2013 2:04 AM
Crap! Let you hanging again :/ I've been pretty good, but now that college has started it's been kinda hard keeping up with just about everything XD

AmyLovesAnime Feb 10, 2013 5:13 PM
Hey. I was just bored so I was scrolling through random profiles and came across yours! Just wanted to say that I love your profile picture and we share some of the same anime! :D Can you recommend me some? :)

i'm good thanks ^_^
Off school, so relaxing so much lol
Been working on a few youtube videos as well.
I also (finally) got to finish some anime and am working on more (finished vampire knight guilty and am working on bleach and death note)

Ocean_Sea Jan 5, 2013 4:02 AM
Hey to you too! xD
O.O Well, that was a interesting year. I have been great since the last time we talked! xD Won't go into detail but I have change a lot from 2011 too. That's all I am going to say if I said the whole thing about it. It would probably take other year! xD I see we both had interesting year last year! ;D Besides that..what anime did you really liked that you watched last year? doesn't have to be aired in 2012. Just what anime you liked that you watched last year. One anime that I finally got to watching was Eyeshield 21. Man after knowing about it for years....finally watched it last year and it was amazing! :D Started to read the manga now! :D Oi, another thing is I figured out I am not made for cooking! :D

Have you heard the manga Banana Fish?

Look at this.....o.o I found a person with a anime compatibility of that! O.O