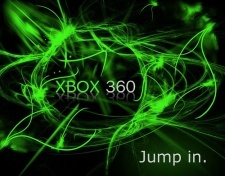 This is a reminder that the voting for the Naruto Character and Team of the month has begun. Voting ends on October 31. To vote please visit the following links:

Character of the Month
http://myanimelist.net/forum/?topicid=327463

Team of the Month
http://myanimelist.net/forum/?topicid=327469

loveGIANT Jul 10, 2010 5:28 PM
Ye, i know what you mean. Best example would probably be Nowitzki, Tim Duncan or Kobe Bryant who (since now) played for just one team in their entire career.
Actually i just read an article about LeBrons draft to Miami and we he decided to play for Miami and he seems awfully arrogant to me especially the sentence "I guess in Miami i got more chances to win, not just the regular season or five games in a row." and that in national television, yeah i guess we'r on the same page in this case. But we'll see if he wins with the Heats, their team is quite something from what i've heard.

loveGIANT Jul 9, 2010 3:20 PM
Damn. I guess somethin's wrong with our favs. The first thing was that Stoudemire goes to the Knicks and now LeBron to the Heats. Are those 2 just after the money or something?

loveGIANT Jul 8, 2010 2:37 PM
I guess you can cheer up a bit. I just went to nba.com and every free agent (from Stoudemire to Nowitzki) the name i read on every trade was "LeBron James" :D
And from what i've read, it seems that there may be a possibilty that he'll stay in Cleveland. Or maybe Stoudemire is going to change his mind and is coming over to Cleveland =) Speaking about the Cavaliers, i'd like to see Paul Pierce playing for Cleveland. I simply loved this small forward in the Finals against the Lakers ;)

loveGIANT Jul 6, 2010 2:00 PM
What? Please tell me that this was just some kind of a joke. 5 Years? With the Knicks? Man. Did they ever win a championship or do they got some players i should know about?
Damn. I really didn't see that one coming XD

loveGIANT Jul 1, 2010 3:50 PM
Hey, dude, what's up? :)
First up: Nice new Profile you got there and you was speaking about recommending Anime: I'd recommend One Outs and Slam Dunk (Slam Dunk=Basketball Anime=Best Anime ever) and Dear Boys (haven't watched it yet, but it's a Basketball Anime, as well ;))

And speaking about Basketball let's continue our conversation ;D
Thank's for the more detailed explanation about the NBA draft, it's kinda hard to understand, as u mentioned but i guess i understand it much better than before. By the way, i've watched NBA TV yesterday and i saw 2 college Players "Hamady Ndiaye" (i forgot which Team picked him ;D) and "Stanley Robinson" picked by the Orlando Magics. Uh, have you seen some footage of those 2 guys? It seems that they play awesome, especially Stanley Robinson :)

Speaking about NBA TV: I saw Shaq giving some comments about the new rookies. Of course he doesn't look as young as he was back then when he played for LA, but i guess one more season wouldn't be too bad. I'd like to see at least one season of him, before he retires :)

Hm. What would you say about the following scenario: Would you think that it would be a great trade, if the Cavaliers would trade LBJ for Stoudemire? I guess i need to see LBJ play before i can judge about this possibilty, but i'd like to know how you think is a bigger beast, LBJ or Stoudemire? If you say LBJ, then i'm really looking forward to see him playing :D

Aah, thanks for your explanation about MJ and the Bobcats, that definitly makes sense. I guess when you just look on the scores, he may would've went for another Team like the... erm... Clippers... not XD
Oh speaking about the Clippers, i heard that Oklahoma City also got a Basketball Team? Do they have any players i should know? Because i guess i've never heard about a Basketball Team from Oklahoma before ;)

Whew. Dude, don't thank me, I thank YOU, because that you share your incredible knowledge about the NBA to me. Even though it makes me impatient to wait for the new Season. Just imagine, how much content we can talk about, then ;)

And before i forgot it: The 11th picture in your profile=Best ;D

But thanks for your explanation of the NBA draft, that explains, why there were so many players i've never heard off before :D
But i've got one more question: You've mentioned, that there are free agents (players whos contracts are up with their previous teams) and players from college. Do the Teams got infinite possibilties to pick free agents or college players, or is there a limit, because i also heard about "1st pick" and "2nd pick" and those numbers on nba.com made it more confusing to me ;D

I really wondered when i saw Shaq in the roster of the Cavaliers, did he play well in the previous season? Because from what i've heard, he was pretty good when he played for the Lakers couple of years ago =)

Hm. Would you say, that there is an possibilty that LBJ is going to another Team? I guess when he'd join the Lakers then they'd be unbeatable with Kobe, Gasol, Artest and LBJ, i mean the stats of LBJ speak for themselves ;D Even though it seems that he doesn't seem to have the choice to go to another Team, since Cleveland seems to do pretty much for him (Lebron appreciation day and that everyone grows himself a beard for LBJ sounds pretty cool XD)

Oh and speaking of the Charlotte Bobcats: I heard that they aren't the "Top Team", but i read that the new manager or something is Michael Jordan. Is there a specific reason why he choosed the Bobcats and not a... erm let's say "Slighty more improved Team" than them? :D

By the way, thanks so far for your explanations and my newbie questions, you'r really helpful, dude :)

loveGIANT Jun 23, 2010 3:05 PM
Heyho =)
We seem to share the same probs, because i also got similar nobody to talk about Basketball, as well (at least not about recent match-ups and stuff) so i totally accept your offer, i'm going to write down some questions for future posts ;)

Anyways, good to know that Dirk and Kobe have been playing for the same Team since the beginning, because my brother said that Kobe played for the Nicks and the Bulls together with MJ in the past, which sounded kinda strange to me ;D

October... uuh i hope we can survive till October, i mean about 4 months without NBA, it's going to be hard =)
Ah since Cleveland is your home team and since you seem to love them inside- out, i'm going to check 'em out, as well. And i saw that Cleveland got LeBron James. What is with this guy? He is the top player from Cleveland in terms of points, rebounds, assists and blocks. Is he that amazing? :D
And by the way: Shaquille is playing for the Cavaliers, as well? I thought he stopped playing ;D

About my home team... well... i only have a favourite team (i'm still looking around ;)), because i live in germany, so i don't really have a home team. Well maybe the Mavericks, because of Dirk ;D

Oh and since you offered this... erm.. "offer" :D
Could you explain me (of course if you find the time) what the NBA draft exactly is, i kinda get the idea, that some teams send out some players as free agents for other Teams to strengthen they'r Team with other free agents. Is that correct, or am i terribly mistaken? =D

loveGIANT Jun 22, 2010 5:33 PM
Wow. We definitly need to keep in touch, because you seem to be a walking knowledge machine, man XD
Honestly, i started watching Basketball recently, since the 2nd or 3rd match between the Lakers and the Suns, so i only know guys like Ray Allen, Rajin Rondo, Kobe Bryant, Amare Stoudemire, Steve Nash, Pau Gasol, "Big baby" Glenn Davis (i don't like this guy for some reason ;D), Toni Allen, Artest and Powell.
But i'll hope that Stoudemire keeps playing for the Suns, (even though it seems impossible) because he and Steve Nash... DAMN! they are amazing ;D
By the way, did Kobe or Dirk ever changed Teams since they played in the NBA? It seems that Kobe was always playing for the Lakers and Dirk for the Mavericks =D
Ah 2 more things: Do you know when the next season will start? I heard around August/November and how much attention should i spend on Cleveland? :D

loveGIANT Jun 21, 2010 5:22 PM
No problem, man :)
Uh. I thought you were Lakers (and depending on your pic of course also Cleveland) +, i mean did you see the 3 pointers from Artest in the 7th Game. U lá lá =D
I started watching Basketball with the Game between the Suns and the Lakers and Stoudemire was the Player who caught my attention, he and Steve Nash are almost unstoppable i was stunned :D By the way, i heard he was changing teams. Do you know something more about that? :)
All Comments