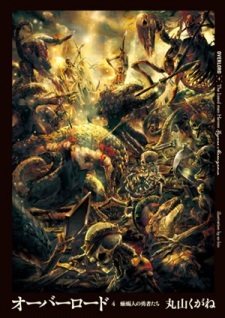 Hibbington May 21, 2017 1:16 PM
Greetings Biggus I recently gave you a invitation to a seasonal club.
I tend to like to start a conversation with everyone I invite instead of just giving you a random invite.
*If the invite doesn't go through just message me about it*
Who is your favorite character from Rokudenashi?

Wallace- Nov 18, 2013 4:12 PM
You can jump straight into White album 2, the first and the second seasons have nothing in common in terms of plot!

Truth be told i haven't seen anything that's airing right now, including popular stuff like attack on titan. I have seen some other stuff like accel world, haganai, medaka box, highschool dxd, and lots of one piece. That's about it really. I just gotten back into watching more anime since i've been busy with real life stuff as well as indulging in other interests outside of anime.

But from what i saw from it was really interesting. I've also been watching a certain scientific railgun and a lot of one piece and that's been mostly it for me.

Haven't watched much, except from one piece and a few newly aired shows, some good some pretty cruddy.

so what have you been watching recently?

Lordcrab86 Jan 9, 2013 10:18 AM
well i guess that's why i haven't heard from you in a while and a staff member at another site that's pretty sweet. what did you do at your old job?

i've been fine, been mostly job searching while chillin' out. just recently purchased another copy of an anime dvd i got for christmas but it got lost somewhere in the house so i had to buy another copy of it. despite that i'm looking forward to it.

CynicalCrux Oct 14, 2012 2:40 PM
Ah, ok. Not interested. I've been great man busy with life though... watch some series.
Yes I did, its ok :3 however I still DL~
I might pick up Little Busters if it's good
I kinda like Code:Breaker but it seems generic
K is gewd