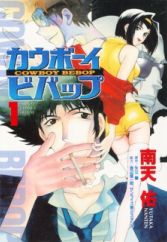 Spike, Jet, Faye and Ed—cowboys on the new frontier. Together this band of interplanetary bounty hunters takes on the jobs that anyone in their right mind would turn down. (Source: Tokyopop) 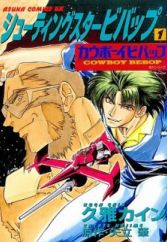 Kai Lucas hires the Bebop crew to find his mischievous doppelganger, but the bounty goes bust and Spike and Jet once again find themselves broke - and hungry. And to add to their woes, Spike ends up mysteriously on the police's most wanted list, either the butt of a joke or the victim of a severe computer glitch. But what's worse, being targeted by every bounty hunter in the solar system, or taking on a kid-genius, a genius puppy and a genus: fatale, species: femme as part of the crew. Well, if Scorpion or the Dragon Head Family doesn't kill them, the extra mouths to feed certainly will. (Source: Tokyopop) 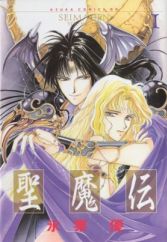 This is about the love story between the demon prince Laures and the human girl Hilda. Hilda is the reincarnation of Ellis, who was prince Laures' lover. To save her, Laures sacrificed himself and became a demon, but Ellis was eventually murdered and her soul reborn as the young dancer Hilda. In her current life, Hilda has no knowledge of herself being "Ellis." She is unable to decide between Laures and Roderique. But that's not the biggest problem. Laures' servant and deputy tries everything to bring his beloved king back into the demon world and wants to part Hilda and Laures. Because of his anger and jealousy he acquitted Laures' biggest enemy: the demon Zadei... (Source: ANN)

Hitomi: The Vision of Escaflowne 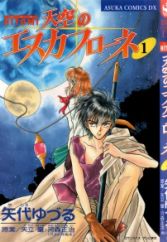 Hitomi: The Vision of Escaflowne

Escaflowne, the God Protector of Fanalia, has been stolen and the country is left in ruins. Desperate to find the key to Escaflowne's seal and recover the legendary guymelef, Van Fanel, Prince of Fanalia is sent to Earth, only to find it in the possession of a high school girl, Hitomi Hoshino. With enemies chasing them at every turn, can the two reclaim what was lost? 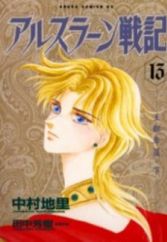 The country of Pars (a dead-ringer, geographically and culturally to ancient Persia) is embroiled in a war with the neighboring country of Lusitania and its religious zealots. The young Crown Prince, Arslan, begins a quest to reunite the shattered armies of Palse with his loyal general, Daruun, and a cadre of servants, commoners, and nobles, and he uses his charisma to forge alliances with neighboring countries in order to one day regain the land of his home. (Source: M-U) 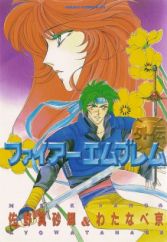 The Fire Emblem Gaiden manga is the manga adaption of a game of the same title. It takes place after Alm leaves the village and meets Cellica at the castle. 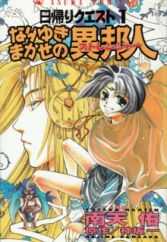 The adventure begins with a school girl named Eri getting magically summoned to a magical world. Eri has been summoned by a magician named Rex, intent on doing some scientific research observing people from different worlds. Rex is cute, with long dark hair and a rather pained expression at the trials Eri puts him through. Eri is not your average school girl. Instead of being terrified about her current situation, she manages to secure Rex’s promise to summon her again every week. Well OK, so the promise was rather reluctantly given due to a sneaky trick Eri plays involving the alarm on her digital watch. After all, being in a magical world is a lot more exciting than life as a school girl. The manga series chronicles Eri’s adventures in this magical world, as she travels around with Rex and the Prince of that world, a rather bishounen blond named Krueger. Unfortunately for Rex and Krueger, it is somewhat difficult to keep up with the very pushy Eri, and she manages to get them into quite a bit of mischief. (Source: shoujo-manga.com) 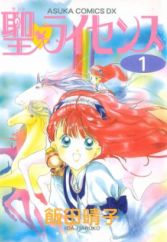 A sort of reverse-harem shoujo fairytale about a girl and a group of magical bishounen who can transform into flying unicorns. 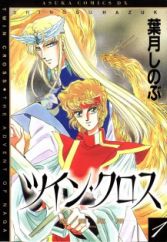 A priest and a young warrior with mysterious pasts happen to cross paths when they save a seer-in-training from an attacking monster during their separate journeys to visit the oracle. Each seeks advice to help find someone very important, but once they reach the oracle's residence, trouble meets them there as well. Thus begins a fantastic tale that involves humans, dragons, phoenixes, and an ancient kingdom caught in the middle of an attempted revolution. Note: Volume 1 contains a one-shot titled "Seiju no Kajitsu" about a young witch who seeks the legendary "fruit of the holy tree" in order to save her fiance's life. Another Note: The series ends at volume 4, but volume 5 contains 2 side stories related to the main characters. 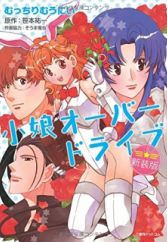