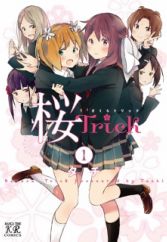 Yuu Sonoda and Haruka Takayama have been the best of friends since middle school. Now, the two girls attend Misato West High School together and are even placed in the same class, but their seats are far away from each other. With the school officials announcing the closing of the school in three years, they resolve to make the most of their time there and create more memories with each other. However, a misunderstanding makes Haruka jealous of Yuu, causing Haruka to run away. Yuu follows her and apologizes. They share a kiss, crossing the boundary of being friends, and then begin a deeper relationship with each other. [Written by MAL Rewrite] 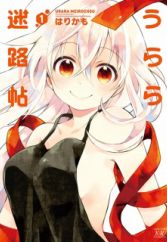 Labyrinth Town is a legendary city composed of ten districts, home to witches and diviners alike. In the outermost district of this maze, many young girls begin training to join the ranks of the "Urara," a group of women known far and wide for their ability to divine the answers to the world's most difficult questions. Chiya, a wild girl raised amongst the animals in the mountains, is invited to take her rightful place as a first rank urara. By joining them, she hopes to divine the location of her long-lost mother. Chiya quickly makes three friends: studious Kon Tatsumi, aspiring witch Koume Yukimi, and reticent Nono Natsume. Armed with only their own ingenuity and a vague connection to the gods, they begin their journey in the way of the urara. [Written by MAL Rewrite] 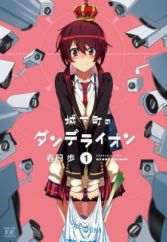 Sakurada family is pretty ordinary family of eleven people living in a solitary house. Except that their father is the king, and each of children have special powers. Also to ensure their safety and to help citizens decide the next king, the house is observed by more than 200 security cameras. (Source: Wikipedia) 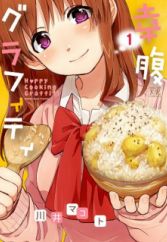 Ryou, a junior high school student, lives alone. She cooks well and builds warm relations with everyone through her cuisine. There will be 4-frames full of minute and accurate depictions of cooking and cuisine, as well as appetizing dining scenes, with tantalizing eroticism during meal time. When lonely, why not eat rice and be warm together? 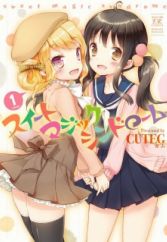 Amako is a young girl who has a great love of sweets. Due to her father's job, she had to move many times during her childhood, which prevented her from making close friends. Now she's 15 and starting high school, and it looks like she'll finally be able to have a normal school life! She intends to join the tea ceremony club, but it's going to be abolished this year, due to the lack of members. All seems lost, when a strange young girl named Pudding appears out of a pudding cup! She says she's run away from her home, in the Kingdom of Sweets, and she agrees to be in Amako's club in exchange for a place to stay. Soon, Pudding's sisters, Cream and Chocolate, arrive to bring her home, but they find that Pudding's way home is lost! Will Pudding be stuck in Amako's world permanently? This 4-koma features Pudding, Amako, and other visitors from the Kingdom of Sweets, as they enjoy school life and tasty snacks together. (Source: MangaHelpers)

Heart of the Girl 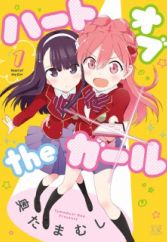 Heart of the Girl 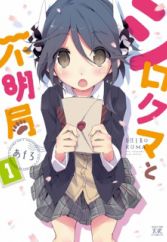 Kumano Chieko died just before she could fully enjoy school life as a high school student. Before it's fully decided whether she should be sent to Heaven or Hell, she gets tricked by a mysterious pumpkin-head "person" who instead sends her to Purgatory. 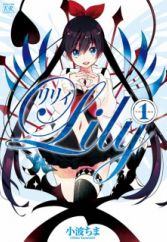 A school life story about a devil girl and human girl and their paired fates. This series is on hiatus. 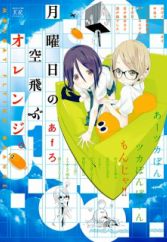 Watermelons, orange-like alien teachers, and a dog named after fermented beans: these are the characters that show up in this lively and quirky world of Getsuyoubi no Soratobu Orange. Yoshino, the hyper one, will run till the end of the Earth. Tsuka-pon is the orange(?) professor. Natou is the dog. "Senpai" will usually be found sleeping or lost. Manaka loves animals and sports thick eyebrows. And last but not least: Nanami, a.k.a. Nacchan, will be found riding her bike to school. A cute and quirky world awaits for this lively cast! (Source: MangaHelpers) 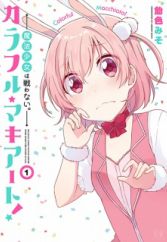 When she got into a pinch on the day of her high school entrance ceremony, Momose Minori transformed into a magical girl! Together with her classmate Shiori, will she join the magical girl club her seniors founded...? (Source: MU)

Yorumori no Kuni no Sorani 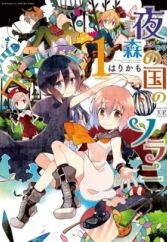 Yorumori no Kuni no Sorani

Yorumori, forest of the endless night where people come when they don't want to wake up. Yorumori, keeper of the forest sharing its name. One day, a girl with no memory and only a frying pan as a clue appears in the forest, but is immediately mistaken for someone nobody wants to remember. Being given a nickname Sorani, "accidental resemblance," together with Yorumori she tries to unravel her past while getting to know and helping other dwellers of the forest in this part comedic, part serious story. 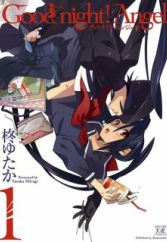 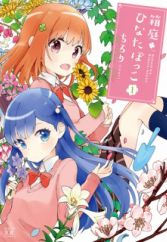 Relaxing time of 4 girls in the Plant Hobby Club. 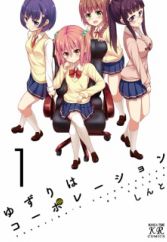 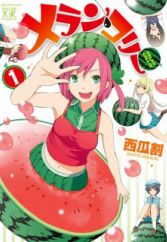 This series is on hiatus. 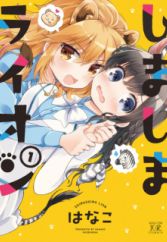 Shimazaki Mako used to be a zebra, but she hated her life of being chased by lions, so now she's turned into a human. But in the apartment next door is a former lion...!? It's wildlife survival of the fittest for these former animals turned high school girls on Kami-sama's whim. (Source: Houbunsha, translated) 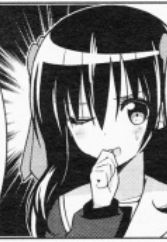 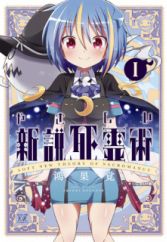 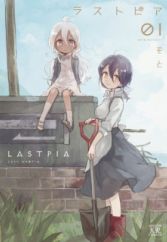 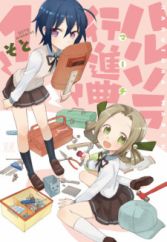