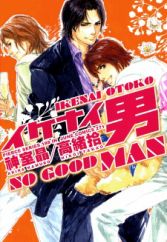 Ryou was dumped because of his lousy sex techniques and in order to improve his skills, he turned to JS Pro, a company full of handsome men. His debut as a seme was a complete failure! He decided to challenge the uke role by teaming up with Tatsuya, a man he admired, however... (Source: Blissful Sin) Included one-shots: Take Love Easy, Ikenai Yuuwaku 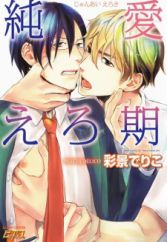 What do animals do in the spring of their lives? They mate! Wildly! Four mischievous friends have met their match: their own hearts! Now that they're older, the only troubles these country boys find make them moan and pant. Kou-chan wants to confess to Kishi, but he's full of heart-pounding doubt over Kishi s response. Mitsuru, the serious boy pining for a lost love, is ambushed by Tarou, an obtuse, air-headed sadist, full of devotion for his darling. And who is this tall boy, beating everyone up yet shooting flowers out of the panels? Somebody needs to figure out his body language. (Source: MU) 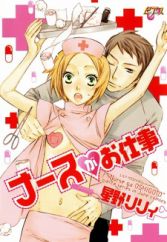 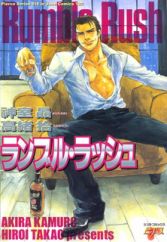 1. Rumble Rush New worker at the train station, in a desperate situation being played with by a groper. A groper, who targets only young men during rush hours, appears! And… the new staff at the train station Akiyama, who by orders to become the bait for the groper, gets to experience the attack of the pervert finger…!! 2. Dr. H! 3. High School Maze 4. Roar of the Sea (Shiosai) 5. Stay 6. After the Rain (Source: MU) 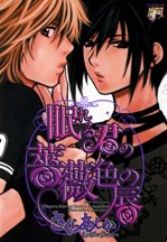 A series of oneshots, some of which are interrelated. 1. Nemureru Kimi no Barairo no Kuchibiru (Your Sleeping, Rose-colored Lips) Shouta Namikawa’s friend, Kyou Kashiwabara, is interested in only undesirable men. After a sexual trauma as a child by his first lover who was this teacher, Kyou has grown into a sexual deviant. He often entices Shouta into “relieving his sexual frustrations for him”. Sex for Kyou is a reenactment of his first time with Shouta as the teacher stand-in but Shouta doesn’t want to continue to be a substitute or sex toy for Kyou. Shouta is seeking a “normal” relationship with Kyou. Can Kyou overcome his traumatic past and have a normal relationship with Shouta, his true love?! 2. Hatsukohi no Uta Harumi Imura is a college student and self-proclaimed humans and women hater. Fushii Miyahi is a salary-man. Harumi is frivolous and sleeps around. After a violent altercation between him and one of his sex friends, Harumi is saved by Fushii. Their relationship soon evolves from victim and savior to sex friends. But after hearing a tragic tale of deception that put the serious Fushii in a bad financial situation Harumi becomes plagued by an unexplained anger. He becomes overwhelmingly furious when he coincidently runs into the person who has caused Fushii’s grieve. Is this encounter and the feelings it left Harumi with an indicator of Harumi’s first love? 3. Oheya no Naka de Koi wo Suru Yamauchi Shin, the cute author of Chinami, was introduced to Yoshi Tomo, a front cover designer, by Yoshi’s friend Mishima Shougo. Yamauchi is a recluse who hasn’t gone out in three years and who never dated or even kissed anyone! Despite this he and Yoshi became lovers. Will this experience of new love break down the walls Yamauchi put up and allow him to open himself up to Yoshi and the world again?! 4. Doushiyoumonai Kimi wo Mune ni Oku Mishima Shougo is reunited with his high school lover Yumi Mizuki after 15 years. The day they separated Yumi left Mishima after spouting some painful words at him. Can these two rekindle the love they once had for each other? 5. Indoor (In the Room) Another short story about Yamauchi and Yoshi. 6. Ohime-sama na Ore, Dorei na Kare. Saeki, Haruhito’s former boss and lover, have an ongoing affair with him. Saeki is married to the president’s daughter but still sees and sleeps with Haruhito. Being unable to continue with the three-way relationship Haruhito resigned from the company. However, his and Saeki’s relationship did not terminate. What will it take to either completely bring these two together or completely drive them apart? Read more to find out! 7. Hajimete no Otomari (Sleeping Over for the First Time) Another very short story about Yamauchi and Yoshi (continued from chapter 5). (Source: MU) 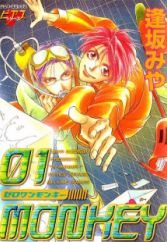 Senke is a gloomy and shy man who's secretly in love with Masaharu, a mailman in the company he works for. His inability to confess to Masaharu leads him to lavish his love upon a Digital Monkey on his PC, which he names Masaharu. The recession, his low-paying job as a dispatch worker, and a demanding boss causes him to work overtime night after night. One night, fed up with seeing Senke working to exhaustion, Masahuru confronts Senke and in the process finds out about his Digital Pet. The stressed Senke breaks down and rapes Masahuru. After this disastrous incident, Masaharu avoids Senke. Senke works mindlessly and fulfills all the demands of his boss until he discovers that his Monkey Masaharu has died. In his exhausted state of mind and having a guilty conscience, he thinks this to be a sign, and dashes off to find Masaharu. When he finds Masaharu safe and sound, he is relieved and collapses. (Source: Loveless) 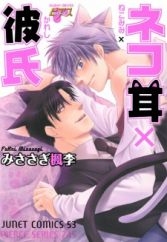 One morning, Otokita Hideto wakes up with cat ears. He consults a friend, and ends up going to a research facility, where he’s discovered by super-otaku research worker, Nakabayashi Kouhei. Excited by the curiosity, Kouhei takes Hideto home with him?! This is the cat ear hustle mating season! (Source: Jmanga) 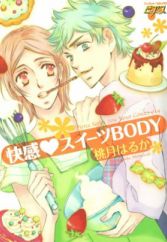 Kaji and Yuki have been dating for one month. On their first Christmas Eve together, Kaji thinks there will never be a better chance to lose their virginities, but Yuki is worried… (Source: Jmanga) 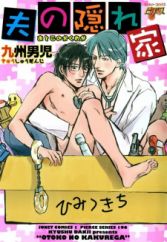 At Mishima Department Store, there’s an epoch-making service called “Husbands’ Care Center”, where wives leave their husbands while shopping. After being “dropped off” here, Yanagiwara encounters a good-looking but suspicious man, Nogami. Before he knows it, Yanagiwara finds himself stripped, bound, molested and worse…?! (Source: Jmanga)