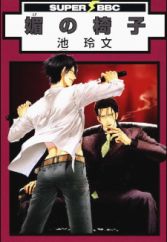 Anthology of five one shots. 1. Bi no Isu Kabu and Nirasawa have a troubled relationship, to say the least. Harsh yakuza lifestyle, torture, and violent sex are everyday occurrences for the volatile couple. 2-3. Anya no Tsubute Sequel to Bi no Isu 4. Tokage to Chutsugai Emiri is impotent, thanks to his trauma of being molested by his childhood friend, Fuyu. Years later, Emiri is finally seeking treatment for his condition, but why is Fuyu wearing that white coat?! And why is the nurse's skirt so short? 5. Seiritsu Shinai Asa What will happen years later when senpai and kouhai meet again? Is loving someone that frightening? (Source: MU) 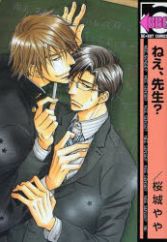 Ch. 1-4 + Extra This story is about a relationship between a teacher and his student, Homura. It just so happens that Homura's older sister Kaori was the teacher's 1st girlfriend. Back then, the teacher would always use Homura as excuse to run away whenever something happened and he would never get in the "mood" whenever he was with Kaori. One day, he saw Homura's exam paper and noticed that Homura wrote "I like you, sensei" at the right end corner of it. Will he accept Homura's confession? (Source: M-U) Side Story: Unbreakable Bones: The side story is of two childhood friends who meet again after 14 years. One is a policeman now, and the other is an ex-delinquent who is working at a ramen store. (M-U) 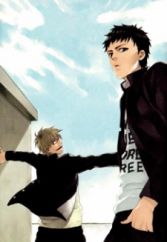 Nogi is the fearless and respected karate black-belt who beats up bullies without breaking a sweat. But to Fujiwara, he's just "Kei-chan", best friend and object of his secret affections. Can their friendship survive? Or develop into something more? (Source: Esthetique) 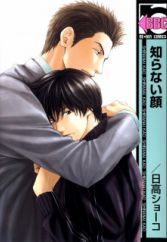 As a child Tanabe was always tagging behind Haruyama, but in high school after he became a ping pong ace their relationship is gradually getting worse. Who is the one tagging along for real and why is Tanabe always so quiet? A touching and yet funny story with ping pong as it's background. This volume also contains a one-shot about one very interesting hairdresser and a two-chapter story about a dentist and his fated client. (from Wasurenagusa Scanlations) 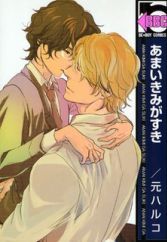 Kawakami is a top student with a penchant for donuts. Kaji is a troublemaker who fell deeply in love with Kawakami. Although they ignore each other at school, when they're all alone... they eat, kiss and... play. “You're so annoying!” is Kawakami's favorite line, but there's much more than meets the eye. A cute story of an unusual first love! (Source: Nakama) 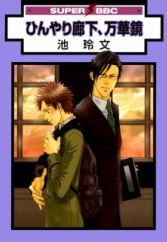 1) Icy Corridor, Kaleidoscope Kousa is staying after school to help Nagai Sensei with some data entry. One thing leads to another, and data isn't the only thing being entered. 2) The Two of Them At The End of The Corridor Continuation to the first story 3) A Bewildered Space Date Third year student Endou started a dating club (for finding good places to go on dates), but because he's considered the "Muddled Prince" he gets Hayanari, a ladies man to work with him. But are both Endou and Hayanari being totally honest in their intentions? 4)Total Reversal Continuation to the third story. 5) Am I Not Good Enough? Kuniharu's older brother Mitsu has just moved back home after breaking up with his live-in girlfriend. These boys have some unresolved issues to work out, but why bother talking about it when there are other ways to express your feelings...Incest warning! 6)Sleeping With Tears of Joy Continuation to the fifth story (Source: MU) 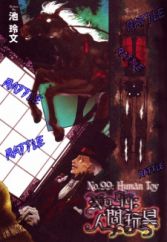 1. No.99: Ningen Omocha The Marquis Banford and his wife die in tragic circumstances leaving Graham, their butler, with the heavy burden of raising their sole heir, Leonard. Leonard is young and Graham chooses to raise him in a selfish and unrestrained manner. Anything he wishes, his butler will grant. One day Graham returns to the castle with another rare toy for his master. The 99th toy to be presented to Leonard. A human toy. (Source: Blissful Sin) 2. Ougon Shima (The Golden Island) On an island where young boys are building a wing for a giant crow, two boys deal with their feelings for each other. 3. Ou to Majin to Mahoutsukai (The Prince, the Devil and the Wizard) Long ago, in a country called Arabia, a beautiful young man stole a mirror from a magician. There is a catch, however; this mirror possesses the power of the devil and whoever holds it will face a life of misery. What will happen when a young magician tries to steal the mirror back? (Source: Blissful Sin) 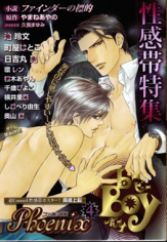 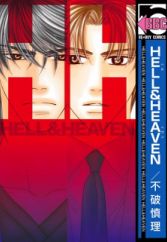 A novice mortician who takes care of death, and a surgeon who saves lives. They're in very different positions, but the distance between them is closing… (Source: Nakama) 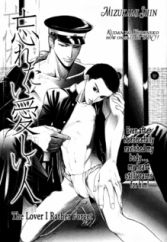 Even after he forcefully ravished my body... my heart still yearns for him! (Source: Fantasy Shrine) 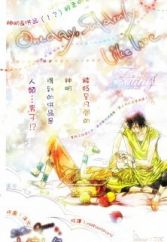 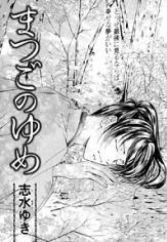 "It'd be nice if the last thing I were to see was a happy dream..." In feudal Japan, Youjun has the gift of foreseeing dreams, but for this reason he is going to be sent to Isurugi as a prisoner. And is it for this reason also that he asks for his close friend and bodyguard, Touichirou, to stay behind?

The forbidden love between a samurai and a craftsman. (Source: MU) 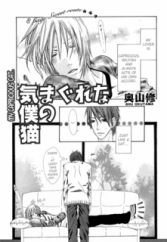 A short story about the hardship of having a total egoist as a lover. 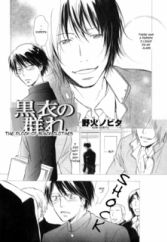 A high school teacher, Shirai Narumi, can't forget about his high school love who died in an accident. Unexpectedly, at the beginning of a new school year a student, who looks just like his dead love appears... (Source: Wasurenagusa) 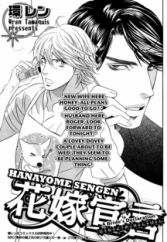 Toudou Manufacturer's Director, Toudo Kaoru, is doing his best to avoid an arranged marriage and ends up stringing part-time cleaner, Kagami Eiji, along in his spontaneous plan. Will their deception work or will both men end up being swept along by their own ruse? (Source: Blissful Sin) 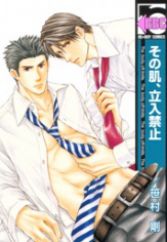 - Sensei's Virtuous Kiss? If you kiss an arrogant prince, will your wish come true?! (Source: MangaUpdates)