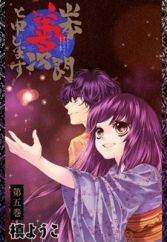 Hotate is a 10 year old girl who was living at her grandmother's house since her mother died. One day her grandmother tells Hotate that she can't care for her anymore because of her age and that she's going to have to live at her uncle's house. After moving to her uncle's house, she attends a new school, but things aren't easy because of her special ability to see the dead. Can she make friends with students in her new class? And what's the secret behind the bond between her and her uncle...?! (Source: DivineSanctuary) Included one-shot: Volume 3: Aishite Nai 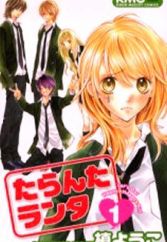 The main character is named Hikaru. She misses her dead brother and speaks to him in her mind as she begins her first day of high school. Here she has many ordinary adventures. She becomes fast friends with a girl named Nene, who lets nothing stand in her way and pushes Hikaru to kiss her new crush, Michiya, who reminds her of her brother. He lets her kiss him, which as it turns out is not a good sign. He predictably turns out to be a jerk, whose personality is nothing like Hikaru's brother's. Also, Nene is a shoplifter. When Hikaru understandably gets upset about this, Nene gets angry at her and tells her to find another friend. (Source: Shoujo Manga Maniac) 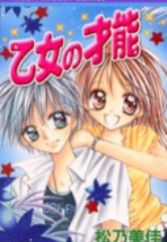 1. Otome no Sainou Nakanishi Kiyoshin, nickname Onii-chan, is 14 year old chivalrous heroin. She witnesses a GUY, Kashiwaki Sachikana, being confessed to by another guy. The confesser gets agressive, and Nakanishi steps in. After that, Nakanishi and Kashi-kun become friends, and then... 2. Tsuki Iro Secret Back in elementary school, Alice (in manga 'president'&'me') met a boy who helped her out. Now president of her middle school, Alice meets a magical sorcerer named Lu (in manga 'mage') who can't go back until the next full moon. All the students in her school dislike her and think that she is not good enough for the presidency. Where is the boy who helped her out..? (Source: MangaUpdates) 3. Right Now - I Need a Boyfriend!! Ebisukumo is a boyish yet rich girl. One day, her father wants her to study abroad in America, unless she brings him a suitable boyfriend. Her dad likes smart men therefore, why not make a deal to the cold-hearted top student, Ninsei right? He accepts in one condition, she has to act like a real lady. But strangely, there's more to this deal, doesn't it? 4. ??? 5. ??? 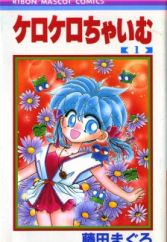 "Aoi was an ordinary boy until a wizard from the Land of Frogs, Makaeru, splashed magical water over him, turning Aoi into a frog. Makaeru then throws Aoi into a tree trunk, transporting him to the Land of Frogs. He is found by Princess Mimori, Makaeru's sister, and together they go on a quest to find the missing pages of the Magic Book that can remove Aoi's curse. For you see, when Aoi gets wet, he turns into a frog, and when he is dry, he turns back into a human..." (From T.H.E.M.) 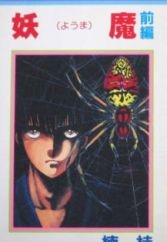 Hikage and Maro are close friends since they were little, but one day Maro attacked Hikage's eye and ran away from their ninja village. Hikage wants to know why his friend attacked him and so he escapes from the village to search for Moro. 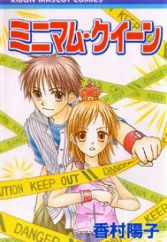 A collection of 4 short stories: Minimum Queen- A boy discovers that the cute girl he confessed to isn't exactly like how he thought she was... Ichigo Kansatsu Nikki: A girl who loves "ichigo" (strawberries) meets a boy named Ichigo Kawaii Hito: The boy Futaba-chan likes proclaims he will only date a girl that is cuter than he is. Considering he is gorgeous and prettier than most girls, does a normal girl like Futaba stand a chance? 24 cm no Jikan: Ichika-chan towers over Kanata-kun by 24cm. Yet they are good friends. But when Ichika starts to fall for him, will their height difference stand in the way? 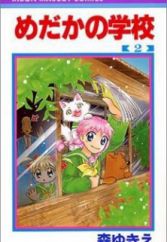 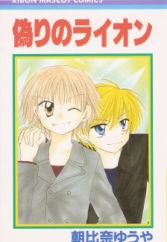 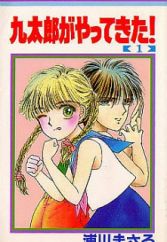 There's going to be a new student in Tesukayama School. To everyone surprise, that student is a girl, a ninja girl. Her grandfather died and she's the only one left in her ninja clan. Kyuutarou never been in a city before, since her sibling died when she was little, she's always live in the jungle alone with her grandfather and her dog. She never go to school, her grandfather is the one who taught her everything. Motoi whose his father is also the school director is asked by his dad to take care of her and because of his family and Kyuutarou's family's relationship back in the shogunate era, Motoi's dad have to adopt her to live in Motoi's family resident. To complicate things more, there are ninja from other clans that try to hunt Kyuutarou down. What, more ninja? How the outcome of this chaotic story will be unfolded? 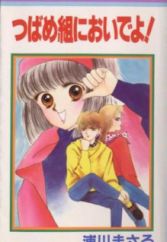 At Maitori high school, group of scary looking men walk into the school yard to welcome and guard Tsubame, a girl they describe that she's like a princess to them. No one in this school knows a girl named Tsubame until she shows up as a new student. Surprisingly, she's a just a small girl and it seems like there's nothing special about her but when she slapped the most rich and powerful boy in this school because he laughed at her for being a small girl, that's a different story. Will she able to study peacefully in this school? 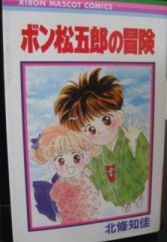 Poor Mari, at the end of the winter break, her childhood friend whom she fell in love with just remember sending her a New Year Postcard to her. Moreover, instead of having a time of her own on the last day of the winter break, she has to help her mom sweeping her house. While she's holding a broom in a garden, she accidentally knock on her dad's Bonsai tree. Her mom scolded her and said that this tree is an inherited tree from Mari's great grandmother. Fearing that the tree will die from the fall, Mari waters the Bonsai and then she encounter somethings that even she couldn't believes herself at first. 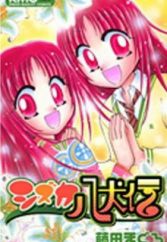 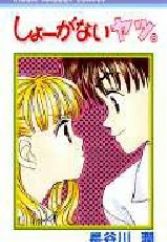