Bill Murray may be a 3D human being, but at heart, isn't he essentially an anime character? He did Lost in Translation in Japan, where his character did ads for Suntory, the same beer company that did ads with the fifth best anime birds. Supposedly he's a total tsundere on set, which... actually isn't a good thing in real life... Uh, there were Ghostbusters-inspired villains in Tokyo ESP? He also voiced a cat in those Garfield movies, and cats in anime sure are cute; though I wouldn't describe that CGI Garfield abomination as cute, and I don't think Murray would either... Groundhog Day, for those of you living under a rock for the past 23 years, is a modern-classic comedy film, starring Murray and directed by the late Harold Ramis, about an asshole Punxsutawney weatherman named Phil Connors who has the misfortune of being stuck repeating the same day, Groundhog Dog, over and over and over again for an untold number of cycles.

Stuck living with seemingly no tomorrow, his responses to the predicament evolve from confusion to hedonism to depression to ultimately self-improvement (spoiler alert: he eventually breaks the cycle and is able to move on to the next day a better man). Great movie, with a premise so clever and philosophically resonant that variations on it have been done nearly to death. I mean, the plot is its own TV Trope.

And where can examples of this trope often be found? Anime and manga. The novel All You Need is Kill, later adapted into a manga drawn by Takeshi Obata and the Hollywood movie Edge of Tomorrow, took the "Groundhog Day" time-loop premise in a more action-driven science fiction direction, where the loop begins following death on the battlefield fighting aliens (the novel takes the end of the story in a bleaker direction, while the movie adaptation goes for a more traditional crowd-pleasing victory).

Haruhi's second season used a time-loop to ultimate viewer frustration in the Endless Eight arc (the appeal of the "Groundhog Day" story is typically in how the characters stuck in the loop evolve, which you don't really get when 7 of the 8 Endless Eight episodes are the exact same thing with only minor animation differences). One of the best examples of the "Groundhog Day" trope, The Tatami Galaxy, follows a student continually reliving his college years, thinking that picking different clubs will make his life better. The big hit of the past two seasons, Re:Zero, has been a series of "Groundhog Day" loops, with the protagonist Subaru cursed to die terribly and return to life being sent back in time to different "checkpoints".

In this year's Erased, the time loops Satoru Fujinuma goes through are more irregular than the typical "Groundhog Day" loop, but they're similar in that they're beyond his control and only "fixed" once the main problems are solved. Homura's story in Madoka Magica also isn't an exact match to the trope, seeing as she controls her own time travel rather having it forced upon her, but the portrayal of her being psychologically (if not physically) trapped reliving a loop of the same short period of time resonates with the general archetype.

So Why Groundhog Day? To be clear, there are time-loop stories in anime predating the 1993 Bill Murray movie, notably Urusei Yatsura Movie 2: Beautiful Dreamer, but nowadays telling such stories brings to mind Groundhog Day above all else. So what is it about this trope that makes it so popular in Japan in particular? I can think of two possible answers, one high-culture and one pop-culture. The high-culture answer is that time loops serve as an easy metaphor for Buddhist concepts of reincarnation. Harold Ramis's second wife Erica Mann was Buddhist, and that philosophy was a clear influence on Groundhog Day. So it only makes sense that a culture based in large part in Buddhist traditions would be attracted to such a premise. Space Dandy notably features both a straight-ahead "Groundhog Day" time-loop in its 10th episode, and a broader story based directly in reincarnation across universes (for more on the Buddhist themes of Dandy, read this article.) 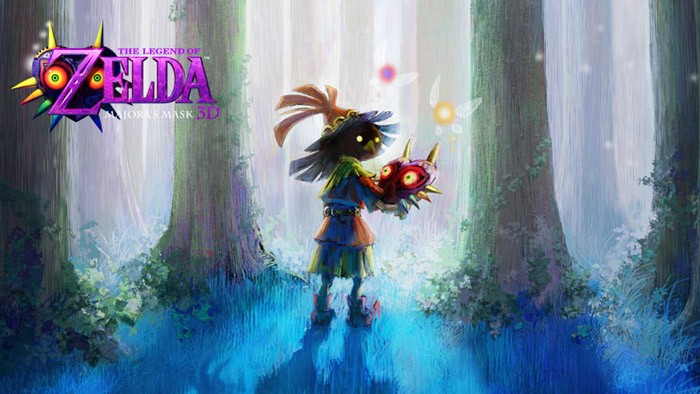 The pop-culture answer is video games. Some games directly include time-loop stories (The Legend of Zelda: Majora's Mask being the most iconic), but more significantly the general experience of playing most story-based action games implicitly resembles such a loop: the player gets as far as they can, then dies, then starts up again hopefully learning from their mistakes and getting further this time around.

More action-driven "Groundhog Day" stories in the All You Need is Kill/Re:Zero vein owe at least as much to the influence of video games as to the influence of Buddhism. Re:Zero notably gets closer to video-game territory by adding "save points" of a sort; rather than just going back to the beginning every time he dies, Subaru will instead go back to a recent point in time at the start of the current story arc/"level". 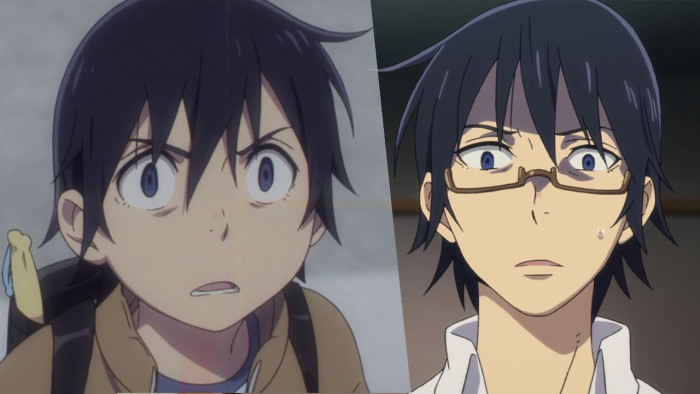 With both Re:Zero and Tatami Galaxy in MAL's top 50 highest rated anime, "Groundhog Day" stories remain popular. But there might be some competition in terms of popular time-travel story trends. Based on this year's trends, Erased might be seen as a transition point between the time loop story and a different type of time travel story based less on being stuck looping to solve a problem, and more on adults' relationship with their adolescent years.

This year we've seen multiple anime series focused on adults either reliving (as in Erased and ReLife) or communicating with (as in Orange their child or teen selves. Might this become a more common theme than the time loop? Will our most common American time travel movie comparison no longer be Groundhog Day but instead some weird midpoint between Looper and 17 Again? Only time will tell.