How To Be a Better Anime Reviewer

Are you looking to become a better anime reviewer? Well then you should probably start writing reviews. However reading this article is another great way to get better at reviewing and reading takes less time, so you might as well start here! 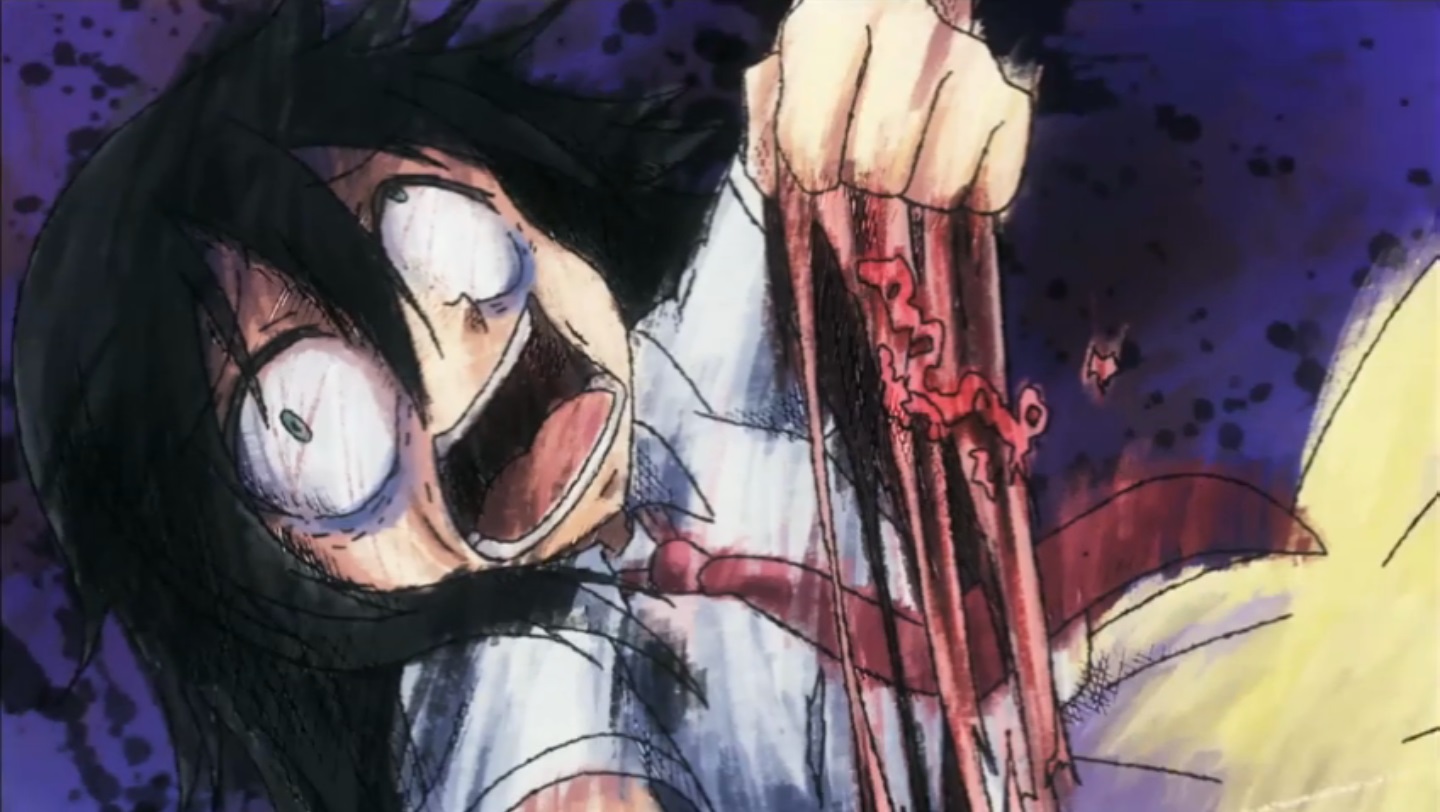 So you've been thinking about reviewing anime. Maybe you've just seen an anime that stirred feelings deep inside you that you want to tell the world, whether those be of joy or anger. Maybe you just want to stretch those writing muscles after a particularly picky English teacher surprisingly praised your writing and you're itching to show everyone. Maybe you've even written a review or two in the past but feel like now you could do so much better. Well we're here to help you! Just follow these easy steps and you too will be one of the top anime reviewers on MyAnimeList...after a year...or two...yeah, that's the first piece of advice. This takes practice. 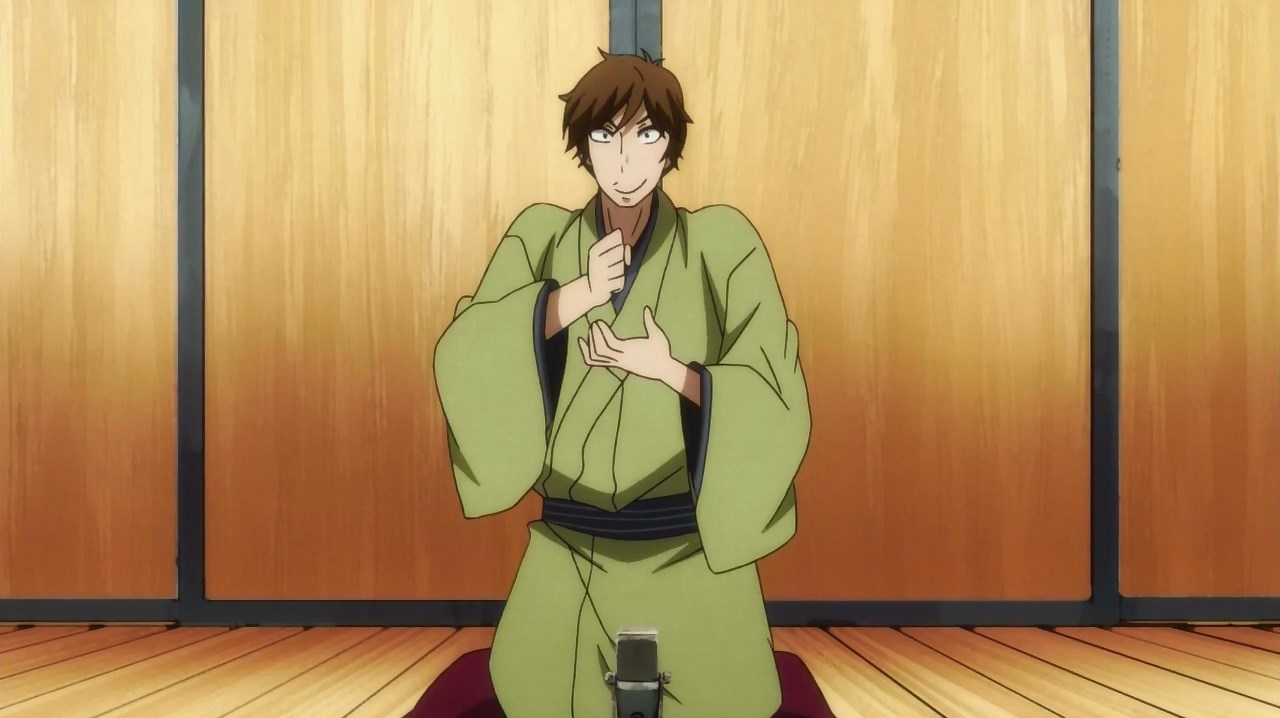 Usually in these sorts of advice columns, the writer puts this piece at the end, after the reader has already been thoroughly overwhelmed and already decided they're not going to write anything. I'm putting this right here at the start to emphasize that there's no reason to wait. I've been writing about anime for over 8 years and I can tell you there's never any point where you realize you are ready to start reviewing. If anything the more I learn, the more I realize how little I truly know. Only the most ignorant person thinks they know everything. With this in mind, there's no reason not to start right now as you'll learn faster that way. Your writing will only improve through practice and in writing about anime, it will force you to think more about the anime you're watching, which in turn will make your reviews more interesting.

Yes your early reviews will suck, but your early reviews will suck no matter how long you wait to write a review. Might as well get those crappy ones out of your system now. This includes people for whom English is not their first language (or whatever language you plan to write your reviews in). Sure you may think your prose is stilted and you keep having to look up words in the dictionary, but through writing you'll dramatically improve. If you're going to learn how to write in English, it might as well be in a subject that interests you like anime.

Some useful practical advice though: Back up your reviews. If you publish them to MyAnimeList, also try save them somewhere else. Post them to your personal blog if you feel like starting one, or simply save them on a folder on your computer. Trust me on this one. It never, ever hurts to back up your work. You'll need them in 5-10 years time so you can cringe at how bad you used to be. 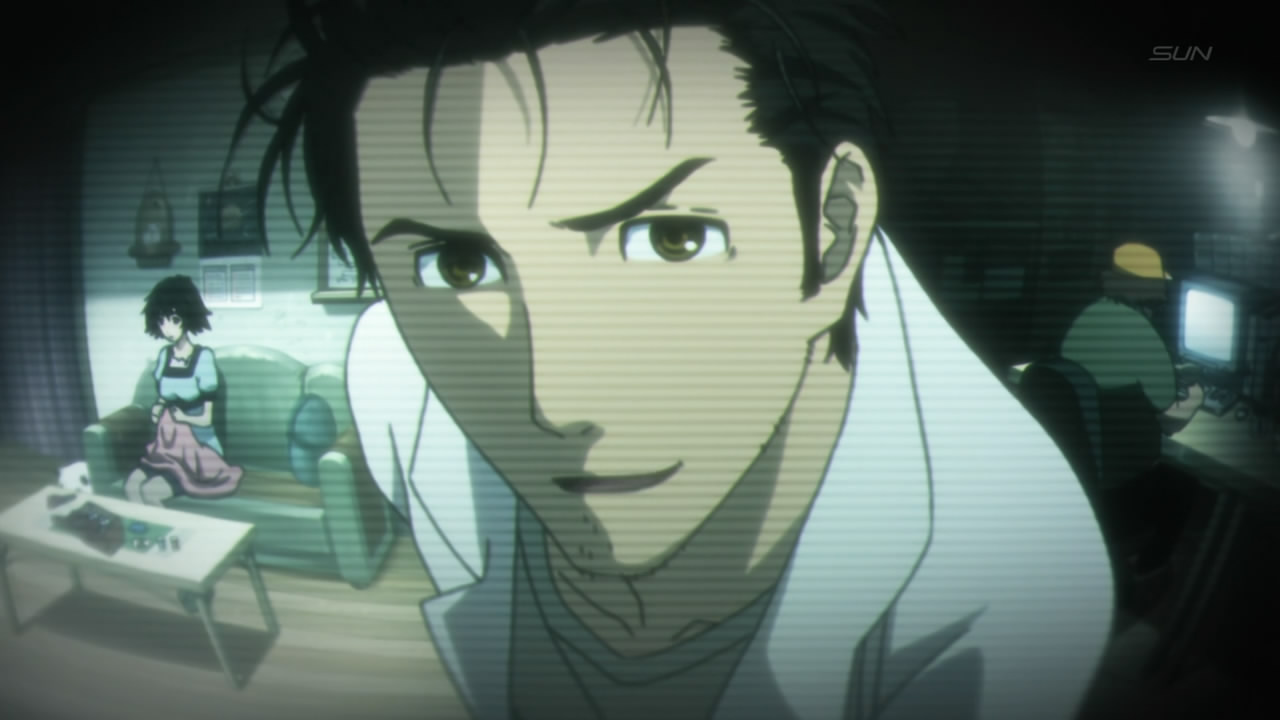 MAL's review category breakdown is a good place to start when it comes to structuring your reviews and you don't know where to begin. However it's a very restrictive way to review anime and often doesn't get to the heart of the what makes an anime good or not. Having a category for "story" in Azumanga Daioh when all you're going to say is that there's not much story and give it some kind of 4/10 rank is a meaningful thing to say about the anime if that's specifically why you didn't like the show, but stupid if you did. The animation quality is very relevant to a review about One Punch Man but less so when talking about Cromartie High School. Break free of the idea that your final score should be an average of all of these MAL generated categories and you'll be much better at reviewing.

So what do you do instead? Break the review down into talking points. Things you really want to talk about in the anime. Think about why you liked it, didn't like it, or specific elements you feel represent what the anime is trying to do. For example, in the anime Steins;Gate I really liked the main character Okarin and thinks he's a major element of what makes that anime so great. I liked that his paranoid view of the world was mirrored by the grey visuals and oppressive music when things started to go wrong, and loved the way his voice actor would ham it up to eleven when acting as Okarin's alternate persona. This point encompasses animation, character, and sound. Splitting that up between the three different categories wouldn't be nearly as effective at portraying why he's such a big draw for the show. 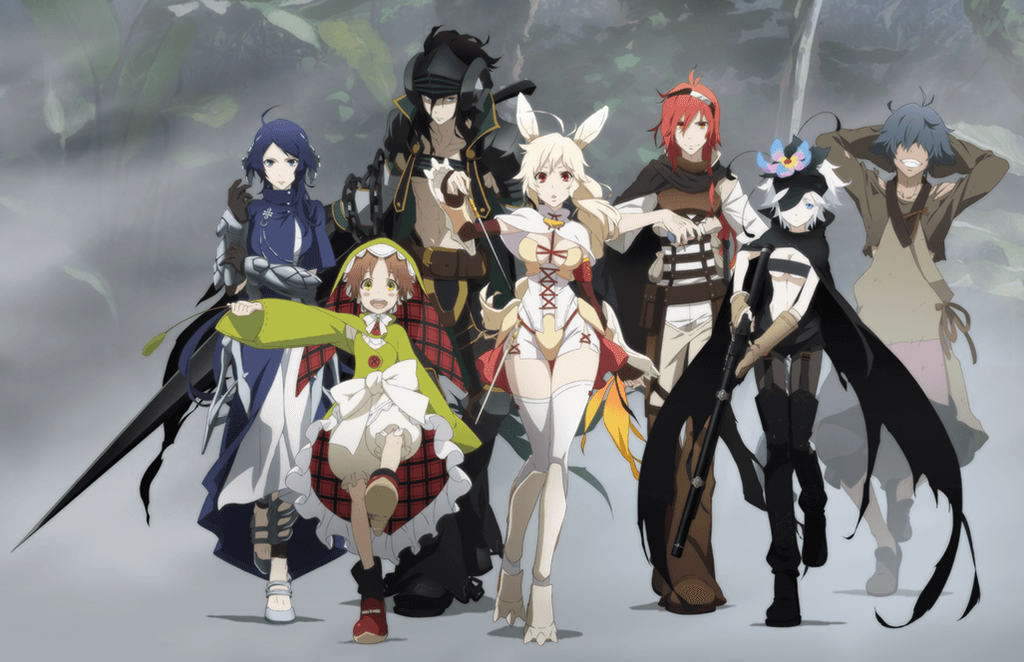 I feel like an English teacher saying this, but it's true. Don't make a statement and then don't give an example. This should be reviewing 101 but for so many people it isn't. Take a simple statement like "the voice acting is bad". So many reviewers will leave it at that. How is it bad? Asides from providing context for your statements and giving any potential critics of yours instant answers, most of all it provides colour and personality to your review that makes it more memorable. The voice acting was bad as the main heroine sounded like she inhaled helium before every take. The main character sounded like he was incredibly bored by everything as though he just wasn't that into his job and was dreaming of doughnuts while recording. Your review is instantly more entertaining and informative now. Just make sure you do actually describe what was bad. Saying the voice acting was like someone repeatedly vomiting in your ear might be funny, but it's not particularly informative.

This includes story beats too, although with obvious considerations given to spoilers. Simply be more indirect with your language. Sure I can't tell you exactly what it why I found the ending of Rokka no Yuusha so terrible. I can tell you that it made the previous episodes of trying to solve the mystery feel pointless when a character completely changed their personality to suit the final reveal, and then promptly revealed another character that made the entire endeavor completely pointless. That accurately details my issues with the series to those who have seen the show, while not spoiling anything for those who haven't seen it.

If you must spoil though, for god's sake properly mark it. Put it in it's own separate paragraph towards the end of the review with giant markers like SPOILER WARNING. 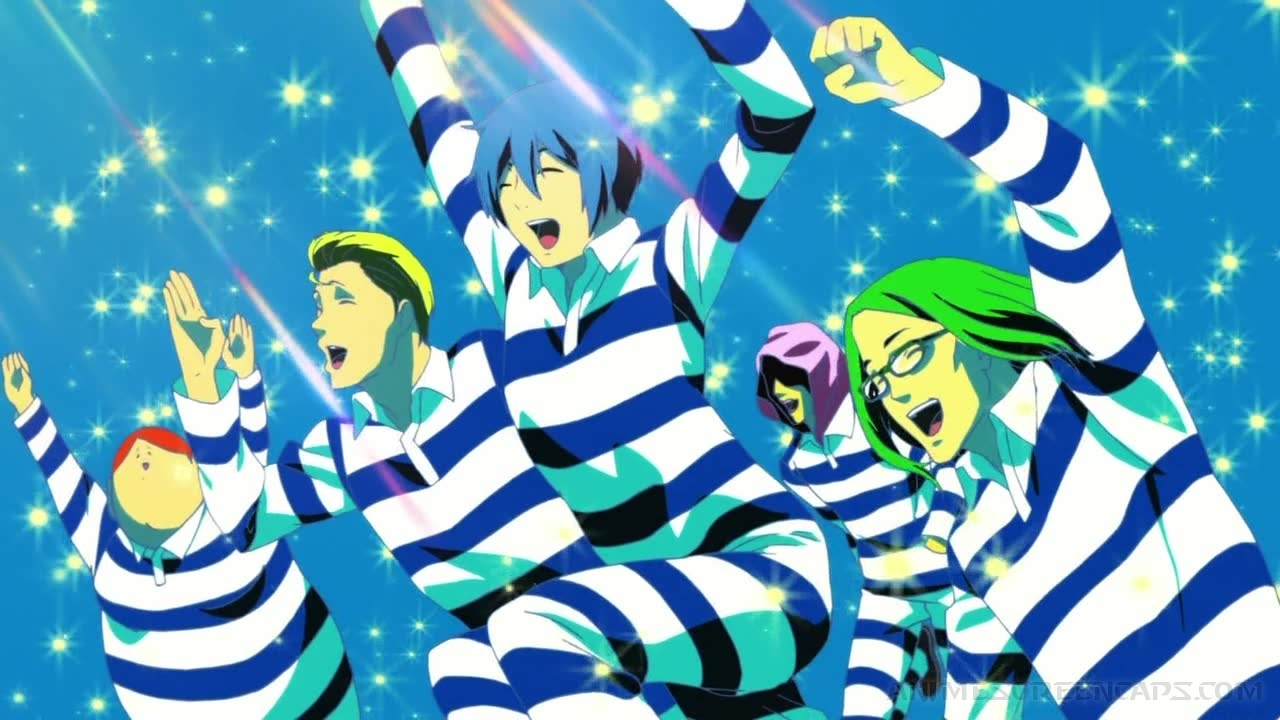 I understand where the sentiment comes from when reviews try to call themselves "unbiased". Biased isn't the right word though, as everyone brings in natural biases towards what they believe entertainment should aspire to. Entertainment reviews are not product reviews where you simply explain what the thing does. A better descriptor would be honest. Be honest with the show's flaws. If an anime has terrible animation even though you love it, by all means say that. If the dialogue is incredibly dense and without your undergraduate degree in philosophy you would have struggled to follow, detail that in the review. If you're fully aware that the type of humour specifically speaks to you in something and you're not convinced others would be able to appreciate it, say that in the review. I love Watamote to death, but my god is that a difficult comedy to sit through for so many people.

But when we're saying be honest, that means also being honest with how much you liked or didn't like that anime. Don't strive for some kind of objective truth, as that's a fools errand. If you loved a deeply flawed anime, say as much. So long as you can explain why you loved it so much and why the negatives weren't enough to drag it down for you, give it that phat 10/10 and screw the haters. If it spoke to you then explain why and, so long as you're honest about the show and your feelings towards it, that will come across to the reader.

One quick piece of bonus advice on this point: If you can't really explain why you like something, don't fall into the trap of saying you're not supposed to think about it. It takes a lot of thought to make really great mindless entertainment. Don't be so dismissive towards the efforts of the creators. Thinking about why you enjoyed it so much won't make you suddenly dislike the anime either. Trying to work out why this seemingly mindless entertainment works so much for you will lead you to a greater appreciation towards scene composition and directing that will enhance your enjoyment of future brainless fun. That's my excuse of why I love Prison School so much anyway.

To re-iterate, get out there and start! Writing reviews on MAL is incredibly easy and you're not going to get better by just sitting there procrastinating on the internet when you should be doing your homework. Plus while I've given a whole load of advice here, there's not one correct way to review. Get out there and find your own style and voice. Just make sure you follow the review guidelines. I should know, I've had reviews taken down by MAL staff in the past for not following those guidelines and I'm totally not still bitter about that I swear!