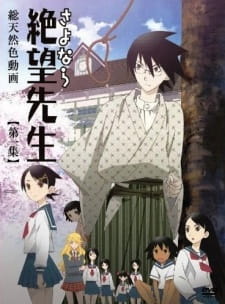 Nozomu Itoshiki is a high school teacher so pessimistic that even the smallest of misfortunes can send him into a pit of raging despair; some of these "catastrophes" even lead to suicide attempts. Sayonara Zetsubou Sensei is a satirical slice-of-life comedy set in the modern day, covering various aspects of Japanese life and culture through Nozomu and his interactions with his students: Kiri Komori, a recluse who refuses to leave the school; Abiru Kobushi, an enigma who frequently arrives to class with severe and mysterious injuries; the hyper-optimistic Kafuuka Fuura, Nozomu's polar opposite; and several other unusual girls, all of whom are just as eccentric as their teacher. [Written by MAL Rewrite] 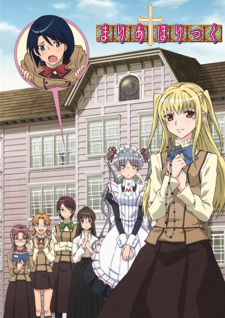 In search of true love, Kanako Miyamae transfers to Ame no Kisaki Catholic school, inspired by how her parents fell in love with each other there. There is just one difference, though: because men make Kanako break into hives, she has actually come to the all-girls school to find a partner of the same sex. When she meets the beautiful Mariya Shidou, Kanako believes she has found that special someone; however, there's more to Mariya than meets the eye—it turns out that Kanako's first love is actually a cross-dressing boy. Mariya threatens to expose Kanako's impure intentions unless she keeps his real gender a secret, and to make things worse, he also replaces her original roommate so that he can now keep a close eye on her. Maria†Holic follows Kanako as she looks for love in all the wrong places and searches for the girl of her dreams—that is, if she can survive being Mariya's roommate! [Written by MAL Rewrite] 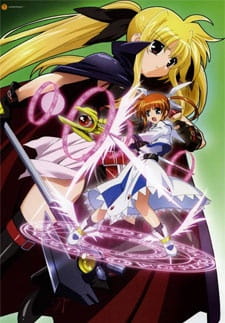 Nanoha Takamachi, an ordinary third-grader who enjoys spending time with her family and friends, rescues an injured ferret that she had dreamed about the night before. The next day, the ferret cries out to her telepathically, asking Nanoha to save him. The ferret reveals himself to be Yuuno Scrya, a mage from another world who is trying to collect the dangerous 21 Jewel Seeds that he accidentally scattered across the world. He enlists Nanoha's help, gifting her the magical wand Raising Heart, and teaches her how to become a powerful mage. Days later, after reclaiming a few of the Jewel Seeds, another mage appears: Fate Testarossa. Stronger than Nanoha, Fate refuses to divulge her reasons in trying to collect the Jewel Seeds. Nanoha senses a melancholy in her eyes, but Fate refuses to communicate. Directed by Akiyuki Shinbo, Mahou Shoujo Lyrical Nanoha is a story about the clash of emotions when goals collide. [Written by MAL Rewrite] 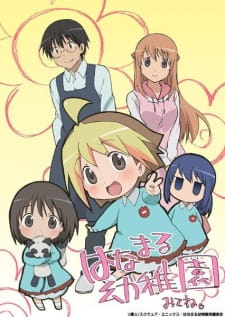 Anzu goes to a kindergarten with her friends, the shy Koume and the eccentric Hiiragi. Together they try to attract attention from their caretaker Tsuchida. However, he is clearly more interested in the pretty Yamamoto who supervises the class next door. 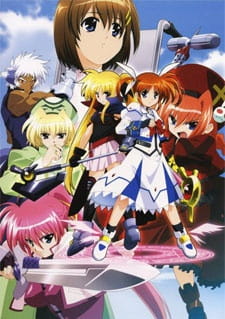 After solving the incident of the scattered Jewel Seeds, Nanoha Takamachi happily returns to her everyday life, though now with added magic practice in the morning. Exchanging video messages with Fate Testarossa and the crew of the Arthra, Nanoha eagerly awaits the chance to speak with them in person again. But while studying in her room one day, Raising Heart suddenly calls out to Nanoha and warns her of an incoming attack! The attacker is a young girl named Vita, who calls herself a Belka Knight. She proves her strength by using an intelligent device with a mysterious cartridge system to quickly overwhelm Nanoha. Luckily, the Space-Time Administration Bureau is able to step in before she is completely crushed. Vita and her fellow knights Shamal, Signum, and Zafila are on a mission to steal magical power from mages in order to complete the Book of Darkness, one of the Lost Logia. For what sinister purpose are the knights after this Book of Darkness? [Written by MAL Rewrite] There is a World Beautiful-Skin Competition (WBC) to which the 3 billion women of the world aspire. Carrying on the 300-year legacy of the competition are the twin Bihada sisters, Sara and Saki.

Ano Hi no Kokoro wo Toraete 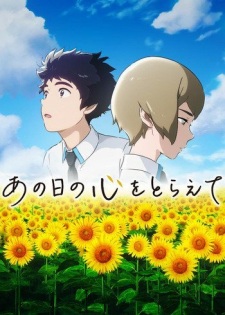 Ano Hi no Kokoro wo Toraete

The story is set in a town that preserves nature and its natural attractions using technology. It centers on a protagonist who has drifted apart from his childhood friend, and uses the FlatFormer to reconnect through time and space. (Source: ANN)