Restaurant to Another World 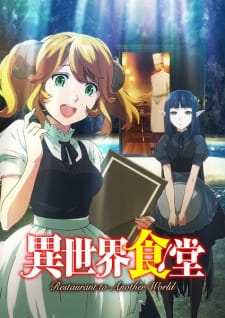 Western Restaurant Nekoya is a popular eatery located on a street corner in a Tokyo shopping district. Serving both traditional Japanese fare as well as Western dishes, this eating establishment is popular among Tokyo's residents. But this seemingly ordinary restaurant is also popular with another type of clientele... While the restaurant is thought to be closed on Saturdays, the truth is that on this special day each week, its doors are instead opened to the inhabitants of other worlds. From dragons and elves to fairies and mages, this restaurant has no shortage of strange customers. Nevertheless, the enigmatic chef known only as "Master" will be waiting to serve up their favorite dishes with a kind smile and keep them coming back for many more Saturdays to come. [Written by MAL Rewrite] 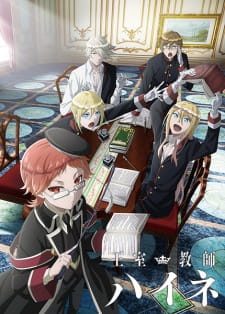 Equally charming and stern, Heine Wittgenstein is a brilliant man who commands respect, despite his short, childlike stature. Thus, the king of Grannzreich has called upon Heine to undertake a daunting task that has driven away many before him—become the new royal tutor to four princes who are in line for the throne. The four heirs each have very distinct and troublesome personalities: Licht, the flirtatious youngest prince; his immature older brother Leonhard; Bruno the studious third prince; and Kai, the oldest of the four and the most reserved. Hilarity ensues as Heine attempts to connect with each of the princes in order to groom them for the throne. However, Heine's mysterious past and dark undercurrents in the present may threaten the harmony within the kingdom. [Written by MAL Rewrite]

Udon no Kuni no Kiniro Kemari 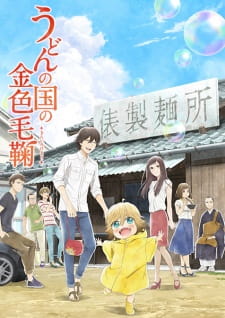 Udon no Kuni no Kiniro Kemari

Taking a break from the hustle and bustle of Tokyo, Souta Tawara returns to his hometown in Kagawa. Though his parents are no longer around, his former home and family-owned udon restaurant reminds him of the times his family was still together. Reminiscing about his childhood, Souta enters the udon restaurant and discovers a grimy young boy sleeping. At first, Souta thinks nothing of the chance encounter and provides the boy with food and clothing. However, to his surprise, the boy suddenly sprouts a furry pair of ears and a tail! Souta soon learns that the nameless boy is actually the rumored shapeshifting tanuki that has been inhabiting Kagawa for many years. Thinking that the boy has been living a lonely life, he decides to take him in and name him Poko. Udon no Kuni no Kiniro Kemari follows the heartwarming relationship between Souta and Poko, and through the time they spend together, Souta recalls his own past, the place he left behind for the city, and the relationship he had with his father. [Written by MAL Rewrite] 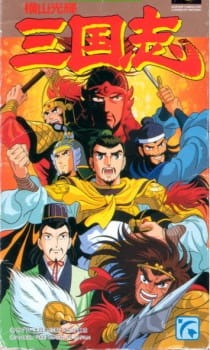 Around 1800 years ago in China, the ruling power of the Han dynasty became weakened and the flames of war spread throughout the land. Liu Bei was a young, poor straw-mat seller from the countryside of Hebai Hsing. After pledging eternal brotherhood with the two heroes, Guan Yu and Zhang Fei, Liu began building his idea of a righteous kingdom that would aid citizens who suffered from persecution. (Source: AniDB)