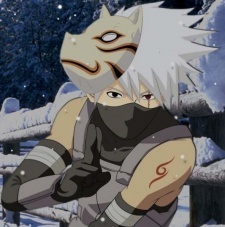 CasanovaX Oct 6, 2012 1:25 PM
dude just from the first episode how do you not want to see more of it i admit for me it was kinda stupid about the little baby joke of dripping sweat but besides thats its a really good anime trust

MugiwaraKenshi Oct 5, 2012 1:46 PM
Haha yah, its one my my favorite scenes scenes in one piece, it really shows just how much zoro and sanji care about the crew, and each other, even though they tend to argue and fight a lot they have like a sort of a sibling rivalry. Thats what i really like about the show, everyone who joined the crew had some sort of dark past, and luffy helped show they that they are not alone and that with friends they can get through anything, which is why everyone really believes that luffy will become pirate king and have all the faith in the world in him.

No problem about sharing the video, i take no credit for it since i didn't make the video, but i thought it was something that any one piece fan would enjoy.

I assume zoro is your favorite character in one piece also? xD

CasanovaX Sep 29, 2012 5:19 PM
hey watch these 3 animes if you dont like em 110% then yeah our compatibility was based only based on naruto one piece and danshi konkousei no nichhijo here watch these " CLANNAD, SWORD ART ONLINE, beelzebub.

CasanovaX Jul 21, 2012 5:01 PM
whats up finally someone who knows anime jk whats up i see you like naruto Kakashi my favorite character so whats up good
All Comments