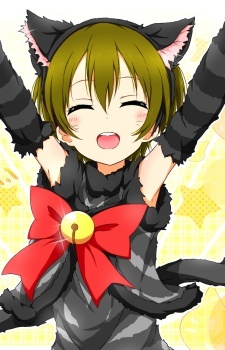 These are anime primarily based around creatures based on humans who have distinct biological traits from real humans. As scary as what's going on on screen may be you also won't want to look away. These both have strong themes about destroying bodies.

These anime are about guys whose only wish is to protect their younger sibling and they use every power they've been blessed with to try to make this happen. They have the power to bend things to their will, in FMA this is matter in general and in Big Order this is people. Their main opponents are other people will similar abilities since their powers are not shared by everyone but are common enough that they have a lot of people to worry about. Both of these anime get quite grim and the protagonist doesn't always get what he wants.

If you want a lot of gore and and convoluted plot these are both great choices. The protagonists are written in a way that it's hard to like them which isn't so much of a flaw as it is a style. You might not be able to follow the story of either very easily, but piecing it together is what the creators wanted you to do.

These are both anime that tackle the concept of souls as if it is a scientific thing rather than something to do with magic or religion. The main characters have someone who they hold dear but is not a complete human and wish to bring them back to being their former self. The same power that allows souls and bodies to operate separately is used as the main force used by the military. The fights and battles are all well animated.

These are two fairly old magical girl anime. The fights are fairly decent, but one of the most notable features of both anime are the costumes worn by the magical girls. These are both quite Japanese anime, but they still make sense to Westerners.

There anime are about guys who are good at a specific type of virtual fighting but they choose to hide their power levels for various reasons. Over time they collect a group of cute girls to be around, but they each only have true romantic feelings for one of the girls. The antagonists in these anime are other participants in the virtual fighting rather than generic demons. It may be the best decision to only watch the first season.

These anime are intended to poke fun at the genres they belong to so it works for them to be animated and/or aired in unconventional ways. Although some may view these as flaws and would rather them to be more normal, they are both the way they are for good reasons. The story of these are about characters who are far more strong or important than you would expect them to be.

These anime both involve a young female kuudere who lives in her room away from other people and spends her time in her own world. They are well known in their communities, but they are only idolized by a few individuals and are resented by far more. The protagonists of these series are older male relatives of these girls who have black spiky hair. Although these may seem like they are set in our own universe at first their worlds do have supernatural elements of differing degrees.

Both of these series start out with incomplete casts and over time develop rich casts full of colourful characters. In them the initial casts gather more members in order to dethrone a powerhouse. Although the characters you are first introduced to may not be as interesting or likable than you would hope, the rest of the cast will surely make up for it. These are both great stories and while they may deviate from their manga they are enjoyable and well worth your time.

Both of these anime have comically long names. Story in Which I Was Kidnapped by a Young Lady's School to be a "Sample of the Common People" is an interesting tale about a boy who has been selected as a random middle class male teenager to act as an example towards a school full of rich girls. The catch is that he must pretend to be gay. My Mental Choices Are Completely Interfering With My School Romantic Comedy also a somewhat unique harem and it is about a boy who is cursed with choices between two horrible situations which pop up several times a day. If you like harem light novel adaptions with long names then no matter which one you saw first I'm sure you'll like the other.

Both of these anime are about characters who are given a power at the beginning of the series that they later learn is a distinct version of something that many people have. Over the course of their relative series they learn about new ways to use their power and how to defeat wielders of similar powers. They both have a main goal in mind, although one is internal (become more confident about being themselves) and the other is external (defeat the empire of Britannia).

They are both about kemonomimi girls who feel oppressed and decide that the only logical solution is to defeat the entire human race with the help of their tentacles. They are then taken in by a group of friendly humans and forget about what they were trying to accomplish.

These are two anime that are both more about the environment and general feel of the anime than they are about the characters or story. Glasslip decides to focus more on the slice of life style and perfectly shows how an anime can exist with pure slice of life and no comedy or anything else. Akira is more action oriented and, like Glasslip, goes the full length to eliminate the need for other genres and only has action. If you're looking for an anime where you don't have to be bothered by events taking place but would rather just sit back and watch then both of these are good choices.

Both of these titles are related to the afterlife and reincarnation but in ways that aren't told to the viewer until later on. Although these anime may seem fairly standard for the genres they fall into, the maids, income disparity, and most importantly the blue haired kuudere played by Minase Inori can make these enjoyable in ways you might not have expected from the cover. If you enjoyed one of these anime from studio White Fox with colourful casts who are related to animals in various ways than you might like the other.

These are two relaxing slice of life anime about the everyday lives of cute girls. The protagonists in each were used to a more exciting lifestyle prior to the start of their series are forced to accept a more mundane one. They quickly make new friends who are able to help them adjust to living with less. The humour is often subtle, but it can make more of an impact than more obvious jokes.

These are both short commercials featuring very cute girls. Even if you don't care about the subject matter these are still enjoyable commercials.