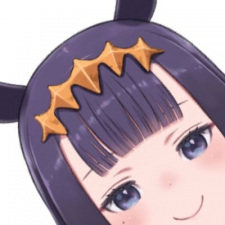 Eheh, yeah. But I realised that I always procastinate on long series (especially seinen) I want to get into so I read one-volume BLs? Like, there are around 20 non-bl manga I finished at most, so I gotta catch up with all that other stuff too, lol.

Yes! We have a large bl community but unfortunaly it's kind of a mix of cliched 13-year-old-crazy-fangirl stereotype and woke people who act like they hate bl but actually have tons of ships so it's kinda like hell. In our biggest scan site there were a few BL titles in top 10 but the site admins decided to get rid of all BL manga.
Well, since Turkey is borderline European, we're culturally bit different than other Middle Eastern countries. We've always been more laid-back about religion and are more similar to Greeks than Arabs in our everyday life. (Actuallyi most Turkish people seem to hate Arabs) It kinda differs from city to city but it's a secular country in the end, despite our goverment hating the fact. : )
It can even differ from district to district, especially in Istanbul. For example, ,in pride month, while official twt accounts of goverment party voter district talked about how it is a sin and a threat to family values, opponent party voter district's accounts openly supported us and even made fun of goverment party's accounts, lmao. It was wild. I may have talked too much, sorry, but it's kinda complicated here, y'know? But gen z are pretty open to lgbt. Yet the goverment party interfered when Netflix wanned to add a gay character in a Turkish tv series.

I didn't know that Indonesians were like that, I'm kinda surprised. I don't know much about indonesia tho.


Rules aren't much of a problem here but I don't think that a BL manga can get licensed in Turkey, unfortunately. But a few big comic shops and publishers sell English licensed BL manga. But thanks to our wonderful economy, it coasts around 110 tl per volume. :) And buying directly from overseas is a pain because, like a said, currency and shipping makes the coast go at least two times higher. Then there is tariff which goes higher almost in every possible change (like anything else) and usually makes the price go three fucking times higher. Thanks God, books usually don't have much of a tariff but it's all still a pain. I'm planning to buy like 5 or 6 manga and I think it can coast like 800 or 1000 tl.
I'd like to contribute to my collection when I have a job too but since I'm pretty young that will take quite long.
I've heard that reading BL mind socially cost a lot of problems in South Asia and I'm kinda curious about your thoughts on that? If you'd like to tell, of couse.

You're welomce! It is a joy to speak with someone I share tastes with! ^-^
Also, do you use any social media?

narutopedias Oct 5, 2:34 PM
gekkan shoujo nozaki kun(monthy girls nozaki-kun)!! you have it as one of ur fav mangas🤓

cielitist Aug 21, 4:22 PM
Ore no Kimochi ga Wakaru ka's ending kinda left me dizzy? I don't know how to explain but there should have at least and explanation for the ending like, does the girl know, are they actually together and I did go back to find hints but my hand were empty ahh

Harada is one of my favorites but still haven't read some of their most crutial works. I actually want to read some of them once I get the physical copies tbh.
As for Syundei, I read Nakamura-kun and am waiting for updates on its sequal. And Gesshoku Kitan.. I'm in despair! The fact that it hasn't been updated despite its thrilling plot has left me in despair!! (Hope you get the reference)
O read Dear My God by Asada and I guess I ptr one of their works but despite the first story in Dear My God beibg good, the one with the plants confused me and made me cringe, sadly. I somewhat dropped the second one.
Psyche Delico is one of the author I've been looking foward to read.
I'm a huge fan of Nakamura Asumiko-sensei, she's one of my biggest inspirations. Someday, I want to be like her. Ogawa Chise is one of the most popular mangaka in Turkish bl fandom, her works was a turning point for me, it made me realise that how much of an angst addict I am lmaoo.
Yoru wa Tomodachi is such a nice read, I'd definately recommend that. It's not like it's fucked up but it has a dark and such a melancholic tone to it that almost made me cry. Maybe it's because I adore it when one character feels empty without the other one and is so damn scared to lose them with a story you don't know if will end good or not. (God, that's oddly spesific lol)
Inga no Sakana is also a incestious dark story like Deichuu no Hasu but has much less action. It was weirdly wonderful.
Kyuuso wa Cheese no Yume o Miru is a reaaally sad manga and it's sequal is just... *chefs kiss* And it has the best cover, tells the whole story without giving any spoilers and there is this one cigarette scene nnggh u n f o r g e t a b l e
Samenai Yume is a great two chapter story. Really nice storyline, pretty fucked up.
Litchi Hikari Club isn't actually a bl but d a m n It's a legend. Adapted from a theatre play from 1985 (you can find the records on YouTube) and more you know about it, the better it gets.
First (I guess) two chapters of Batsu Game is great. It gets cliche after that but those two chapters were fine as helk.
Hagio Moto is a classic. Her stories are really emotional and it feels like as if you are reading a literary piece. Zankoku na Kami ga Shihai Suru is probably the darkest. It gives you a realistic picture of sexual abuse and how it fucks your whole mentality. And the realationship between Ian and Jeremy is 10/10. I cannot forget the scene where Jeremy saw Ian boxing and wanted to taste his blood.
Zion no Koeda is good,too. I didn't like the second story (I guess it was the first one but I could be wrong) First one stars with a nazi getting tortured by a Jew he kept with him since the Jew was a child, if I remember correctly. The mangaka for that one usually goes with military stories.
Camellia is a delicious read too but it hadn't been updated lately. It's about an abusive older brother and a little one who turns into a masocist. They ran away from their abuse fathet and the older one wanted to protect the little but he ends up being more and more like father.
Hope you like them!~ I am also looking foward to your recommendations! (Sorry if there are ang grammer mistakes, I didn't check it)

yea i'm happy they broke up but that should of happened way sooner orz are you gonna check out the sequel novel thing?? i heard there's different characters per chapter or something so i'm kinda not feeling it :x

AAAH ty for the paralive reminder!! just listened and AKYR's song is soooo good!! it's probs my fav one too it kinda has a summery vibe. ugH AKYR's aesthetic is so nice. cozmez new song sound sad ; v ;;; femme fatale!! i'm so in love with all the girls ugh they look so bad ass. aaa i really need to get caught up with the hypmic lore/manga/drama cds sobbs the only girl i know is Nemu

same here aha, but I still like to talk with peoples. sure thing btw, recommandations are always welcomed even if I'm bad at giving them :)
what do you usually recommend ?

are there any manga you would like to recommend? they can also be novels :)

cielitist Aug 17, 4:58 PM
Hi! Sorry for the late reply. Thank //you// for accepting my request. I'm also hoping to get along from now on!
And thank you. I'm happy that we have similar tastes. (I thought that we would since reading your review on Ore no Kimochi ga Wakaru ka and I'm always in for dark/problematic bl and I actually found Deichuu no Hasu from your list lol)
Yes! I still haven't catched up with the current chapters but I have pretty much all the spoilers from latest ones. I'm in love with it, Yana-sensei's abilities amazes me. (〃ω〃)

julbee Aug 16, 10:29 PM
i'm happy for you! now you have one less thing to worry about! and it's ok! i reply late to people all the time and feel so bad, but sometimes we just don't have enough emotional energy yknow

me too me too, i always read manga in short bursts of time and then don't touch them for a while. luckily, school is starting for me again so i'll probably procrastinate sometime soon and read manga instead of doing my hw LMAO