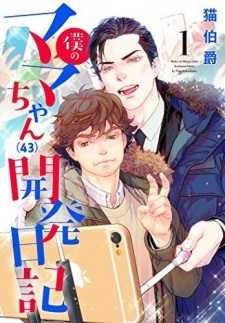 jc9622 Jul 8, 2018 5:28 PM
I'm playing Dark Souls Remastered right now..Never had the chance to play DS1 so the remastered is the perfect opportunity for me to play the first DS. Also playing Legend of Heroes: Trails of Cold Steels right now which feels a hell of a lot like Persona but it does set it itself apart from Persona later on in the game. Not the best game but I like it.

Persona 4 Golden was the MAIN reason why I bought a PS Vita in the first place and in my opinion, it was money worth spent. On my first playthrough of Persona 4, I reached almost 100 hours (90 hours to be exact) and I'm now on NG+. I also own a PSP but it's completely dead now. Battery's not working anymore :/. It's not a problem for me though because I just hacked my Vita yesterday and I now have the ability to play every single PS1 and PSP games on my Vita which makes the console even more worth it. I think you should buy it this year because Sony pretty much stopped productions on the Vita and the prices are skyrocketing. I bought my Vita last year for about $150 but now, it's close to $300.

You lucky mf! I'm lowkey jealous of you right now. I do remember this one teacher back when I was in high school; he played COD a lot but he's not really a big gamer. He wasn't interested in any other video games besides FPS, which kind of sucks.

You're only halfway through it eh? I can assure you that there's a lot more great things to come in that game. The game took me over a 100 hours but it didn't even feel like the game took me a 100 hours. It passed by so damn quick. I might NG+ P5 again but I'm currently playing other games right now :/


Have you also played Persona 3 and 4? If not, you should. I played both games on my Vita and I love it.


One last thing, Ann used to be my "best girl" but now, it's Makoto. Ann is second best girl for me.

Jxrd-nn Dec 23, 2017 7:06 PM
Might as well reply before it becomes a year cause I’m just back on the site. I haven’t been watching too much anime until recently and my ex has strangled caused me to start again. I’ve also been recommending my friend some since she’s a newbie. Haha

Haha, I was in your position once..Scrambling because I still had 0 hours at the second semester of my final year at high school. Luckily, my friend recommended me a location where I could volunteer and I got my hours in 4 months. My supervisor wrote "80 Hours" on my volunteer form sheet and signed it even though I only volunteered there for like 50 hours. We got along really well.

You're like what? 16? So you're still in Grade 11? You still have time but good luck on those hours xD

Thank you for making my day <3

jc9622 Jun 6, 2017 6:56 AM
Idk you either but it's nice meeting a fellow Canadian xD....I see that you live in the Capital. I live in Southern Ontario and I'm pretty sure you can guess exactly where I live now.

Mayuka Apr 5, 2017 3:30 PM
Ohh, online you should try Amiami or Tokyo Otaku Mode. They're reputable! Good luck with that.

No problem! BMV saved my life lol. Most of my collection is from there and I rarely buy manga from Chapters/Indigo since they're so pricy.

i went to rideau canal just to walk alongside it. my skating is pretty bad too! :p

i've been to animextreme before and it's not.. that great? XD i guess i didn't have anything i wanted there. i buy almost everything online anyway!

if you want cheap manga, go to BMV (we have three locations here) and each volume is like 3-5 dollars!

yeah, pmall is just fake figures most of the time...
All Comments