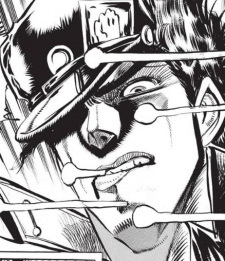 They are not really a couple yet, but it's definitely heading towards that direction, since Rei has pretty much confessed. We're just waiting fo Hinata's answer in the manga.

Tate no Yuusha is just ridiculous from every single aspect in my opinion, I find it very frustrating to watch. No one acts in a logical manner and the characters only follow tropes and end up one-dimensional.
As for Neverland, it wasn't that bad in the beginning and it tried to build tension with its cliffhangers and its great direction, but in the end, it failed as a mystery/horror, since the events were pretty predictable after a while and it was clear that the protagonists would succeed no matter what because they happen to be little geniuses. On the other hand, they start acting like kids again over stupid things where they could have easily remained calm, which only made the arc unnecessarily longer. The author could have created a better story with more suspense, but always ends up taking the easy way out. It's not that bad as an anime and it was a somewhat enjoyable experience at some points, but it could have been a lot better.

Of course, that's just my opinion. :)

Melody Dec 23, 2018 10:49 AM
Hi, I'm fine, how about you?
It's a very nice rom-com and I enjoy it a lot. Every chapter is good and there are many funny moments, but even the serious ones are great. The story progresses perfectly and all of the characters are unique, fun and interesting to watch and they receive proper focus and development. But it's a manga that's mostly about the comedy, especially in the beginning and the parts that they'll probably adapt. I hope the adaptation is going to turn out good and not disappointing, and that you'll like it, too. :)

Albein Oct 1, 2018 7:33 AM
I definitely will! Thank you so much.
If I watch the anime I will tell you about it!
I've seen some previews and it looks really good so far ^^

Melody Sep 29, 2018 2:39 PM
Hello, I'm fine, you?
I liked the first season of Steins;Gate, but 0 wasn't nearly as good in my opinion. It was a bit rushed at some points and left out some interesting parts of the VN. Some characters ended up existing just to fill their roles and there wasn't as much focus on them as they needed. The animation was also very bad sometimes. They had limited time to adapt the VN properly, but I believe they could have still made a much better job. It still felt nostalgic to watch Steins;Gate again after so many years.