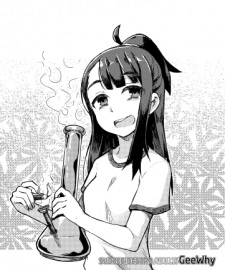 haydenluvsanime Jul 21, 7:06 PM
yes i started a cult around him

N0THANKY0U Jul 19, 8:58 AM
my son what have you done with my child my boy he was my boy what have you done with my boy Torrence Hatch Jr. (born November 14, 1982), better known by his stage name Boosie Badazz or simply Boosie (formerly Lil Boosie), is an American rapper, singer, songwriter, actor, record producer and executive. He was born and raised in Baton Rouge, Louisiana by his mother Connie Hatch. Hatch began rapping in the 1990s as a member of the hip hop collective Concentration Camp, eventually pursuing a solo career in 2000 with the release of his debut album Youngest of da Camp. After leaving the label the following year, he signed with Pimp C's Trill Entertainment to release his second studio album, For My Thugz. In total, Hatch has gone on to release seven solo studio albums, as well as six collaborative albums and numerous mixtapes.[1]

In 2009, Hatch was sentenced to 4 years in prison on drug and gun charges. In 2010, he was indicted on first-degree murder charges, and was also sentenced to 10 years on multiple charges of drug possession with intent of distribution.[2] After serving 5 years in prison, Hatch was released early on March 5, 2014.

Kenneth Doniell Moore was born in Houston, Texas on August 20, 1974, and he grew up in southeast Houston.[3] He graduated from Yates High School in 1992 and he was a former high school football star

As one of the founding members of the "Original Screwed Up Click," Big Moe started out in music by freestyling on DJ Screw mixtapes before being signed to Wreckshop Records.[5][6] Wreckshop Records released Big Moe's debut album, City of Syrup in (2000); the title a nod to Houston's reputation for drinking codeine-laced syrup, which Moe pours from a Styrofoam cup on the album's cover. "City of Syrup" album featured the single, "Mann!", which Moe intended to be The South Side's answer to Black Rob's East Coast hit "Whoa!". In 2002, Moe returned with his second album, Purple World. This release showcased a Who's Who of Houston vocalists and two versions of Moe's breakthrough single, "Purple Stuff." The Willy Wonka and the Chocolate Factory-themed video for "Purple Stuff" was played on MTV and the album ranked as high as No. 3 on Billboard's Top R&B/Hip-Hop Albums chart.[6] Big Moe's third and last album, Moe Life, was issued in 2003, including the commercially successful single "Just a Dog."[6] A posthumous album entitled Unfinished Business was released on March 18, 2008, via Wreckshop Records and Koch Records. In 2009 his album City Of Syrup was named number 25 on houstonpress.com's list of the 25 Best Houston Hip-Hop Albums.

haydenluvsanime Feb 29, 7:19 AM
hey, sorry I saw your profile and I just thought you looked cute in your picture, I really wanted to tell you that)) It's really rare to see girls playing video games haha! I don't know why its a guy thing honestly im like really against misogyny and like ill be the one in the kitchen making sandwiches. We should really play l4d2 sometime its a really cool zombie game with a lot of scary moments, but don't worry ill be there to protect you ;) sorry that wasnt flirting I swear Im just trying to be friendly I really like your profile picture sorry was that too far? Really sorry i'm really shy I don't go out much haha add me on skype we should talk more you look really nice and fun xxx
All Comments