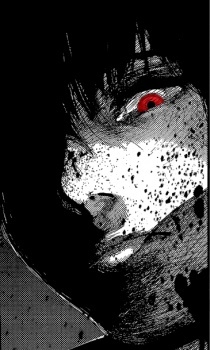 xevile
xevile
xevile.chatango.com
Well you get the idea you'll probably find me almost every site with that user name.
If you don't, bump.

LBi Jul 2, 2016 3:16 AM
Thanks! ^^ Seeing all the unfair hate it received, I thought that people that would want to get into it, wouldn't watch the show because of those few stupid reviews and being in love with this show, I couldn't let that happen. Clearly those noisy people are a minority but still.
Well, about ep13, I think it's just about Subaru making a mistake (saying he was a knight) and instead of retracting what he says, he started to try solving the issue without having to say that he did a mistake (he does say at the end of the ep "I've made eveything work out" to Emilia) and from then, he just got the situation worse and worse until he finally realizes that he made a mistake but he cannot retract anymore because he already lost what he cherished up until now.
And about Mars of Destruction, seeing the rating it has, i'll have to decline x) I guess at some point, there will be a show that'll be so bad that even my motto won't do the trick, but until then, i'll try to keep it that way ^^

BearFur Jun 9, 2016 5:12 AM
download the anime air gear....and if there is free space in my flash drive drop in some good manga too

hikaachi Jun 7, 2016 9:30 AM
Ooh both of them are really good manga! Glad you like Q.E.D, because it's one of my all time favorite mangas xD Unlike other detective manga it actually presents realistic view of humans and it also has many interesting cases rather than just murders *^*
and some of the cases are quite sad as well ;;