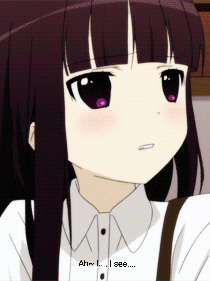 I am anti-social unless I get to know you.
So, not posting much here.
Crunchyroll: http://www.crunchyroll.com/user/windeen

Fangrl143 Mar 30, 2020 7:53 AM
Just been taking a few breaks and keep on forgetting to go back to Kitsu. People like Energetic_Nova tick me off quite a bit is all. Nothing more or less so I'm just sticking to MAL and Twitter for now and, I dunno but, maybe for the rest of the time

I don't know if this will get your attention.
But, I couldn't respond to the message you left on my page (not as a reply there, or as a message to you).... Because only friends can contact you.

Anyway, I can't remember our past interaction.
However, in the com-to-com, I found a message from you to me, thanking me... For.... Something (not sure what, since that's the only message I found)....?

It was posted in 2009, not long after I joined MAL (I joined in March of that year, and the message I found from you was from July 2009).
So, for what it's worth, we did have contact before (10 years ago).
Good memory!

I periodically clean out messages from my wall, from people who I am looking longer in contact with for one reason or another, or from conversations that seem to no longer matter for one reason or another.... So that's likely why I can only find that one message.
Anyway, I have no idea if @ing you will work, or not.
But I figured it was worth a try.

I take it you play pokemon go?

stormcait Jun 6, 2019 7:40 PM
Not being a creeper, but I was browsing through the PokeGo club and you're username seemed awfully familiar. I can't recall if this is because we 'might' have talked in the past, or I just saw you on the site a lot when I used to frequent. Whatever it is, I just figured a little harmless 'hey you seem familiar' might make your day.

Amberdoll Jan 17, 2019 7:14 PM
Hello,awesome that you got your theory right.Im sorry about the rude people.There the side of the community we don’t clam but they do.
Maybe I suggest another site? It’s full of chill people and we’re friendly.We have a lot of memers on the site but they mean no harm.There just memers.They only do it to other members post.Im a member myself and I think you’ll like it there.Awesome anime and manga list btw

HamoNinja Nov 1, 2018 12:21 AM
Ok thank you for your ongoing patience... sorry I've been busy IRL trying to finish of some of my assignments/ essays... and its been time consuming to say the least...

Now I would like to respond accordingly and again thank you for sharing with me and giving insight of your life...

You:
I prefer English dubs as well, actually. And I watch them when there is something that interests me. However, the dubs for the most part, are things that are rarely of interest to me. I maybe watch 1-3 new dubs each season because of the things that the choose to dub (like the COMPLETE CRAP series- such as Conception, Goblin Slayer, Radiant, ssss. Gridman- to name A few that I saw posted today that I consider crap anime or just not my thing).

Me:
Oh dont you worry... I am 110% english dubbed all the way... I tried eng sub years ago... but couldn't do it and it only frustrated me trying to keep up with the action or story... then miss what they were saying... then later I would have to rewind and then pause just to read the sub... annoying!!!

You:
They are quick to dub series that are ecchi, really loaded with too many jokes and therefore seem stupid to me, or loaded with more sex and violence than I care for most of the time. I'm generally not into those aspects (if the story is interesting enough I can put up with it).

Me:
Your not wrong in saying this... but as you know what sells to the consumer is lewd jokes and ecchi of the like.... though they are getting a bit old in the tooth with the Harem genre... different setting, different plot... but the usual concept... 1 guy surrounded by several girls/ women who are all falling over themselves to have his affection... there was a reverse harem called "Kiss Him, Not Me".. and that changed things up and thought it was more realistic in the sense to IRL... to some certain degree...

You:
I watch more anime, faster than they can dub the ones that interest me.
They also sometimes drop anime and don't dub them completely (like: Cardcaptors Sakura Series 1, Searching For The Full Moon and Saiunkoku Monogatari - to name a few that were either dropped or had a lot of content left out).
So, I went to start watching Sub's in 2008 (mainly my mom was whining that they weren't dubbing Bleach and Naruto fast enough, and that they left the Searching For The Full Moon hanging and stopped dubbing it in the middle of the series).

Me:
I think you have got me figured out... esp with great series being dropped so short of its full potential.... 12-13 epi are completely not long enough... even for a simple plot... I think a full 25 epi minimum is ideal to cover any sub-plots go through character development as long as your clever about it... but I can think of a dozen note worthy anime that I believe should not have been dropped just because they were not getting the sales generating...

I have said to myself, that one day... I would buy shares or buy out a prominent Japanese anime studio.... then get them to go back and finish any and all anime series that were abandoned indiscriminately... just for the mere fact to get the fulfilling ending they deserve... so many to name... so little time to go through them all...


You:
I'm dyslexic. So it wasn't easy for me to convert to sub's.
But I managed eventually. As for manga.... I have trouble with reading it sometimes (due to both my pickiness of the art styles, as well as the lack of colors, causing me some issues in being able to follow what's happening when there is a lot of action). I'm a trained artist, so, if I can't stand the art, I won't be able to tolerate reading it (coughonepiececough).
And, while I'm reading a lot of manga, I'm behind in more than a few of them because I prefer reading novels than manga.... But if the story interests me enough, I'll read it. I like manga without much action.

Me:
yep Manga... again... I would rather read a comic then a manga... firstly its all in black and white... doesnt appeal to me... reading from back to front which I get is very common in Asia... but again... not my thing...

You:
I wish I could work. It would make things a lot easier financially. I have PTSD due to severe abuse as a child. It was abuse in school, and by both the teachers and students. Because I can't hold a job, I'm stuck still living in the town where that all happened. And there are a lot of triggers here. Not to mention running into some of my abusers from time to time.
As I said, I'm an artist (under my real name), but I can't go to art shows and the like (because of transportation issues and my health condition). So I try to sell online.... That's not easy since I can't advertise (because reasons).
But at least I'm trying I guess.
Since I can paint/draw, sculpt and make jewelry while watching dubs, it doesn't hinder my ability to watch anime.
I'm probably giving you TMI, sorry. I just like to be open.

Me:
I totally get that... you work, you have money you can live... without knowing much more of your history.. it is clear that you have had it hard and it has been incredibly trying at the best of times... Hearing about your abusers, the town you live in still... Wow!!! Your better then me... to be able to live in that environment even to this day... Many questions went flying through my head... Where were her community supports? Are there even services/ groups out there that could've been there to support her? And many, many other questions... What kind of person/ people would do this?!?!? Just this anger wells up in side of me to hear what kind of conditions and environment you've had to endure through... but probably the thing that grinds me is the fact there is no support Govt/ Community alike... .is this the true America and not the fantasized version in the media and movies...

You:
Well, as open as I can be, without giving away personal info.
If your profile is correct, you are about 8 years older than me. Being a guy (acording to your profile) you likely don't agree with my opinions about dubs, it looks like you have no problem with sex and violence in anime (I have a number of friends who like that) judging by what you have on your list of faves, that is. As well as what you told me.
I guess if I had no problem with that, I could watch more dubs.

Me:
Hmmm well you are correct... on both counts... though as I mentioned in previous response... with many of the anime I've seen/ or am seeing... you can tell that there is alot more anime that I like esp... with my top 3 fav anime of all time...

Other genre - slice of life, romance, fantasy just to name a few more...

You:
I've completed over 940 anime's because of how long I've been watching anime, and my willingness to watch sub's.
I wish they'd dub the new SAO season.

Me:
Actually SAO:Alicization will be eng dubbed... but it will be another year before that happens as this is the biggest arc and also the sub only got released last month in Japan...

You:
And also the anime: Irozuku, Boarding School Juliet, Xuan Yuan Sword Luminary, Rascal Does Not Dream Of Bunny Girl Senpai and Between the Sky and Sea from this season. But I can't find any info about any of them (including SAO S3) being licensed to be dubbed. So I have no idea if they will dub them at all.

Me:
Here's a great website that I have been a member and are onto it when it comes to eng dub releases, info... and other things forums, games.... its called www.justdubs.org I am on there and my handle is "SkeLo"

And nice! Some great series you've been watching... nice to meet someone who is just as committed to watching anime is I am ;p

So I've just watched the recent eng dub releases of these (oh to note I only watch anime in eng dub, just cant do sub I tried):

And about to watch:
Ulysses: Jeanne d’Arc and the Alchemist Knight

So its great to see we both are into the same kind of genres...

So for me I work and I am studying part-time (graduate on 17 Dec, woot woot cannot wait)... So I try to get a few epi here and there in between my studies and work... I only watch anime when I'm home, and I'm only on MAL after work and on the weekends (if I'm not working my 2nd job)...

Oh ok so your mainly on your mobile most of the time checking into MAL.... hmmm that's real handy....

I will pose a question later... once time has allowed you to screen me worthy of your time ;p

What are you watching atm anyhow?

Much planned for the rest of the day?