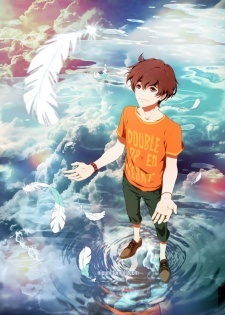 Hibbington Jul 15, 2017 5:50 PM
Thanks for joining the club, if you have any questions feel free to ask =).
I didn't have high hopes for anything this season to be honest.
Being from England, do you have a football affiliation?

Hibbington Jul 14, 2017 10:27 AM
Greetings whorifying I recently gave you a invitation to a seasonal club.
I tend to like to start a conversation with everyone I invite instead of just giving you a random invite.
*If the invite doesn't go through just message me about it*
So i wasn't really into the first episode of Koi to Uso, but Sanada might save the show for me.

Off-topic but what shows have you been up to lately?

Kano Dec 18, 2016 5:50 PM
Tendo was absolutely boss the whole time, I love him. Added a much needed personality to the match.


Glad you liked it, I feel it was the best season :D

Ana Nov 11, 2016 10:05 AM
The protagonist absolutely sucks at the game, and his teammates rely on his...cheering? What is this? It's like the protagonist belongs in Cheer Danshi.

thank you for this amazing line

Kano Apr 26, 2016 3:57 PM
Sorry for MY late response x.x, been busy as well.
I used to have the OST on my phone so I listened to it wherever I went, noticed it made me "sad" sometimes, so I switched to a more
cheerful type of OST then. Still got it on my PC though.
Yup Haikyuu is so good at following the manga they even copied the amazing artstyle if I'm right.
Good idea, don't let what others think affect your opinion :p

Kano Apr 19, 2016 4:28 AM
Same :D, watched it almost a year and a half ago still one of my favorites and so is Twelve. Amazing watch, the ending was beautiful as well, except one part ;(. Seriously from the music by yoko kanno to the geniousness of watanabe, gives me chills just looking back at it. I'll need to rewatch it soon for sure.

Love Haikyuu as well, not my #1 but solid 3 or 4 maybe. Shigatsu and Zankyou were just better at everything than Haikyuu, not like I can compare the three anyway they're all really distinct shows but I rate only based on enjoyment and that's mostly it. Of course there's shows that are enjoyable but just plain rubbish those I tend to rate lower.

I was really happy when I saw season 3 announced, hope they don't disappoint. They've got a good fan-base going for them right now, S2 is rated like 8.95 or something. Scares me a bit because season 2 seems to be really good and people might start comparing them. Same with psycho-pass, season 1 was really good but season 2 was good. People expected an increase in quality and it cost them a lot, even though season 2 was imo as good as the first one.

Kano Apr 18, 2016 1:19 PM
Yep, surprised I didn't notice earlier.
Just saw a twelve picture in my friends list and was pleasantly surprised.
Probably because I haven't been as active on MAL as I used to be :p.
And I still gotta catch up on the new season of Haikyuu <.< i'm keeping it as a treat but I shouldn't wait too long :p.
All Comments