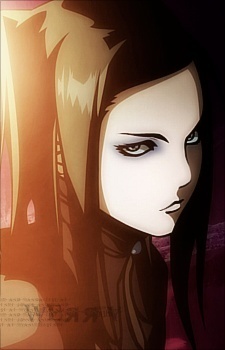 AIM: for a tree

greta2 Jan 30, 2013 11:45 AM
Hi, glad to hear that :) Oh? You're also studying again. :D How cool! Now you certainly have someone who teaches you something new every day... what are you studying? :)
... but really, when aren't you busy? XD You surely have much to handle at the same time.
Haha, no need to envy me. First thing off my mother never made me breakfast in the morning, second thing we moved out in November - yes, Gerda and me are sharing a flat. :D It's quite nice to live alone but still it's also a lot more work... cooking, laundry, cleaning, groceries shopping... well, who am I telling this, you know how it is. Actually I envy YOU, because you at least get some money. XD

What we're doing? Schoool, we're graduating next year - this year are the cooking & serving exams :S I'm so going to fail these exams... seriously, I rather take my A-Levels than them. <.<
England was ... like the best time of my life! :D Seriously, we just worked, spent money, made friends and went out :P and for the first time in a while I had no worries... :) It was awesome. :3 Though I'd never go back to that same hotel LOL - so random, so british.

By the way we're even visiting a guy from our internship in the upcoming holidays in Spain! :D ---No, no beach, sun or ocean. We're in the north, it's even snowing... just why? I'm working at a hotel next to the sea in Enland/weather sucks, I'm going to Spain, to the North of Spain/it snows. I have to change something about these things XD
Ehm, Happy January 30th to you too. Greetings from Gerda :)

lol, actually I did get interested in it when you first mentioned it. I went on to Baka-Tsuki for translations and everything. I don't think I said anything about it last time, though, so I thought I'd at least show you I was interested in it now. ;P

And lol, it's weird that they refused your submission...this site is full of novel entries.

OMG~ You finally came back~! It's so sudden...I don't know what to say! lol I mean, I knew you'd come back eventually--I was hoping you'd do so, in fact--but you still caught me by surprise. XD

I am fine, same as always for now, thanks. :) As always, even after taking a long break from anime, I keep coming back for more, and I'm happy to say that I've found a few interesting series to watch. Hopefully the anime industry never declines. I just love it so much. :D But before I get to talking about anime... Nothing interesting happened over here during the holidays either. Just the same as always. Not saying that that's a bad thing, though.

So now you don't only have a job, but you're also studying... I can tell why you've been so busy. I wonder if you'll have any time at all to watch anime with me. But don't mind me, I don't want to distract you from your studies...much. ;P


Well let’s go over a few series I’ve watched recently or at least the ones I remember so we can catch up a bit. Accel World started off pretty nice, and I recall we both liking the setting of the story and the idea of virtual reality in a not-so-far-off future. Halfway through the series, specifically during the Red King's arc (the one about the little girl who asked the protagonist for help), I absolutely loved the show. The second half, however, touched on some subjects I personally dislike, such as bullying, and overall the melodrama was pretty much over-the-top. Man, I was so disappointed. I hated that second half, and felt literally forced to finish the series. I was already thinking about giving the show an 8 because I liked it so much, but I’d have to even consider giving it a 7 now. That said, I still like the series as a whole, and I'm still hoping we'll see a second season, with hopefully much better story arcs.

I still haven’t finished Sword Art Online. In this case, not because I like it so much that I want to watch it as slowly as possible, but because, similarly to Accel World, the second half of the series isn’t as good as the first. I think you’re far ahead in the light novel, so I can speak freely, right? In the second half of the series, Kirito starts playing a second MMO game, the one with the fairies, to try to save Asuna who is trapped in it. While the plot is not necessarily bad, it just isn’t as gripping and exciting as the one before it, mainly because there’s no longer that fear that you could die inside the game. That’s probably the one reason why SAO was so interesting to watch. But not only that, several other plot elements are far too convenient, for example that Kirito starts the game with all his skills maxed out. Oh well, just a few minor details that aren’t as important.

Now I’ll tell you about a series that I recommend. It aired back in July when Sword Art Online started, and I wasn’t even planning to watch it at the time. Just a couple weeks ago I picked it up (after reading about several people praising our Sawashiro Miyuki for her performance in the show), and I can say I’m really glad I did. I’m talking about Kokoro Connect. The show centers on a group of 5 friends who end up in a messy situation when all of a sudden they randomly start to swap bodies with each other. You can naturally expect good comedy given the situation, but soon the story becomes much more than that, as the guys and girls are challenged to learn more about each other and about themselves, and to challenge their pasts and their fears. I was pleasantly surprised by the series, and I hope you’ll watch it to see what you think. :)

Moving on to last season’s series, I will just mention a few I’ve watched or am still watching. First is Btooom!, of which I see you’ve watched a couple episodes. The series is not exactly fantastic, but I enjoyed it regardless. It’s kind-of a mix of Sword Art Online and Mirai Nikki. Another series is Chuunibyou demo Koi ga Shitai, which is probably my favorite show last season. This one I recommend; it is worth your time. Another show I like is Magi, but it’s a shounen battle anime that appears to be perpetual ongoing, and I know how you feel about those. XD I’m putting it on hold until I can amass a good amount of episodes to keep on watching. Lastly, I really like Psycho-pass. The story is set in a world where it is possible to measure the criminal tendencies of people before they even commit crimes. I’ve only watched a few episodes, but so far it’s quite good. The show is still ongoing so I haven’t watched but a few episodes so far.

Well I gotta go now so I’ll leave it at that. XD So in conclusion, for now try Kokoro Connect and Chuunibyou. Kokoro Connect is the best one, though. ;)

Thanks for the manga recommendations. I just started reading Molester Man. It definitely feels like reading Kurosawa. I’ll keep reading whenever I get the chance.
I’m also interested in that light novel you added to your favorites, Gekkou. The premise seems really interesting.

Anyway, I’m glad that you came back…but you better stay around and watch some anime! ;P

It's so weird that I can still recognize your profile pic after all these months/years. I was just browsing through the MAL forum when I noticed your little face-palming icon. It actually stood out to me. Even though I was skimming text on incest. (Looks like we've both been there, eh? I kid, but late night browsing really never does me much good.)

Drop me a line if you ever come online.

Just a quick message to say hi. Be sure to send me a message sometime. ;)

greta2 Dec 4, 2012 12:51 PM
hey, long time no talk, however, you kinda slipped into my mind today so I got curious if you're still the same and if everything's ok. since I didn't know where else to contact you I got back to MAL...
greetings from g&g ;)
All Comments