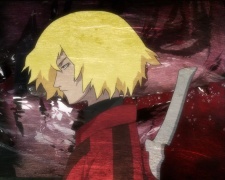 Huggykaze Dec 18, 2018 3:26 AM
I'd agree with your last point and that Starlight doesn't present these references as well as it could or should have, but obviously it's not the only thing that this show has to offer. On the same note, wouldn't you also agree that calling lack of "theatrical references" pathetic, just because of your lack of knowledge of Japanese traditional theatre (Takarazuka Revue is already counted as such, it's not just a mere troupe) is a bit unfair too? But as long as it's just a wording slip-up, I guess there's nothing left to discuss here :)

PS. We also have to remember that anime is primarily done for the Japanese audience, and some things don't need proper presentation in this context - the audience knows them, it's same as WW2 movies, they don't delve into WW2 history to explain why Overlord happened.

"In comparison, the only thing I remember arts related in anyway was "position 0", pathetic."

I'd highly recommend reading up on Takarazuka Revue, you should realize that there are, indeed, more theatre relate themes than what you mentioned. Makes you see this show in a completely different light.
All Comments