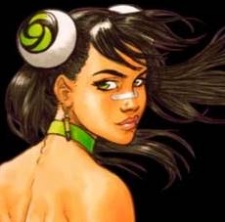 If you're not afraid of manga/manhwa with a little sex I'd recommend this. The sex scenes are necessary to depict just how sleazy the main character's life is.

I'd just say give it a read. I really enjoyed it.

I have to give a shoutout to "I will die soon" a nice dark satire on death and reincarnation. Great story. The main character, to me, was annoying, short-sighted and it was hard to feel sorry for him, but I think that was the point. I was satisfied with the ending also. I just wish iit could have gone on a couple of chapters longer.

Another manhua worth noting was "Dice - the cube that changes eveyrthing" which isn't something I would typically go for. It's about magic dice and how they can be used to enhance you physically as a person. It's a teen story and does become a bit "battle royale" toward the end but it's pretty interesting. :-)