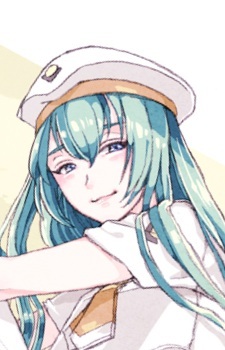 Anyway, my AL https://anilist.co/user/Korekiyo/ . Just made it a few minutes ago. Add me :)

Edocchi Dec 17, 2020 2:12 PM
I agree on that, I recently replayed the whole game and Haku's monologue in Uta2 was some of the best I've seen in the medium, though I gotta admit that aside from Haku, Kuon, and Nekone, the rest of the cast does quite suffer from surface level characterization. At least it does it does its job very well on the introduction of an all new cast and the worldbuilding surrounding Yamato. The first game is a pretty monumental work for me as it was the first eroge I ever played.

Edocchi Dec 16, 2020 8:47 PM
Oh, fellow Utawarerumono fan too. Nice!
Being a huge fan of Gundam The Origin, I never thought I'd see a heroic tale as epic as Casval's journey to becoming Akai Suisei. But Haku's story managed to surpass that. The Mask duology has one of my favourite plots in any video game and Haku is IMO the most well-written and best protagonist of any JRPG.
The remake of the first game is coming out soon!

Edocchi Dec 15, 2020 5:45 AM
Yeah lol, Umineko is not even my #1 all time favourite.
They have some of the best writing and characters I've ever experienced. Anime and video games can't really compete with eroge for me in that regard.

I can read Arabic (I'm a muslim) but I don't understand it, lol.

Edocchi Dec 14, 2020 3:17 PM
Yea, it's my favorite medium. As far as delivering a powerful and emotional story, there's really nothing that beats VNs in my opinion. Now that I've been getting better at Japanese (90% of my learning was through VNs), I can read most titles with no difficulty, though I'm still not competent enough to read the likes of Mareni and Masada. Hopefully by the time I hit my third year I'll be able to read pretty much anything I want without issues. It's only been a little over a year. I've got grammar down so all I need to do is grind more vocab.

Edocchi Dec 14, 2020 2:10 AM
Cool. Thanks.
I didn't make anilist until now because maintaining two accounts seems like a bother, but now I'm pretty much done with anime, so why not
I'll inform you when I finally make one

Edocchi Dec 13, 2020 12:53 AM
Hi velvet! I thought you left mal already lol, I didn't know that deleting account is possible. Anyway I'm very happy just being able to see you again. And nice take on Fata Morgana there. Should be obvious but I won't expect eops to understand. The author has claimed that he wrote the dialogue like that to make it more accessible or whatever, but honestly I doubt that's actually the case. He was lazy with the plotting and setting, so I'm inclined to believe he was lazy here too. It's sad to see it being frequently praised and recommended in Umineko fandom for being thematically similar. To compare Umineko to such a shallow VN and put em on the same level... I hate WTC fans. Honestly I feel like you are the only Umineko fan who truly understands me and my love for Umineko. I don't want to lose a friend as precious as you but unfortunately I don't use discord :"( Was thinking of making an anilist account though. Is there a way to transfer my mal entries to anilist? I know nothing about the site.

Edocchi Aug 7, 2019 7:02 PM
Exactly. Agree with all you said. She was so flawed, but had so many different aspects to her that contradicted one another yet consolidated to create who Rosa is at the same time.

There was a scene where Rosa tells Maria in her face that she never loved her, and that she wishes she never been born. I don't know if it was Bernkastel or Beatrice that pulled the strings to these events, but it really broke my heart seeing that. We can probably deduce that the Rosa we see getting gored by Maria & Beatrice is a one dimensional representation of Rosa (a manifestation of her "black witch" persona that Maria and Beatrice developed together), but I can imagine her saying those things to Maria. It's kinda similar to how Kyrie said to Eva that she hate Ange. They probably say those things out of anger and extreme distress. They probably don't actually feel that way. No, I believe they really don't.

Did you finish ep 8 now? Be sure to read the manga too. The Halloween Party in manga is my favorite part of ep 8. Especially that Beato & Natuhi scene.

Oh well. Having said all that, we have to admit that we laugh seeing this 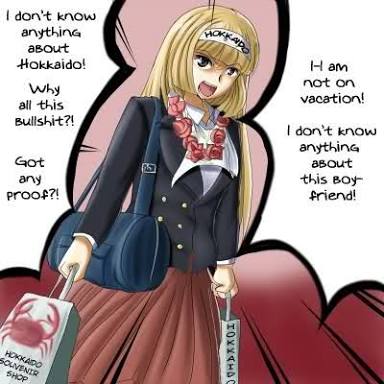