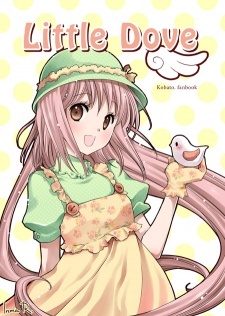 RediceRyan Jun 6, 2013 10:42 PM
You probably have already died. It's just too sad posting a comment on your profile.

Is there any possibility one can preview the template pics for the Tsundere Membership cards?

fredi-sj Jan 23, 2011 10:32 PM
Hi. I found you at an Occult Club. You and me seems to have common interests. I'd like to share some knowledge, specially because I know what you call "Junk Wicca". It's good for us to talk and learn from each other
And nice to meet you

Remon Jan 29, 2010 11:31 AM
Hey there! There is a new club for the anime/movie Spirited Away. I am writing you to invite you to join because it really needs members.

oOoOoOo May 7, 2009 9:35 AM
Hehehe, yes yes indeed. I think all of Key's stuff is like that, isn't it? I haven't seen Kanon, but Air has that similar feel to it. I guess audience is important. The first time I experienced that sort of anime, I was told it was romance, so I assumed it was aimed at females. Ah, how wrong I was! >_< Hehe. This is why so many guys are turned off by the thought that I have more experience than them (although this becomes less of an issue later on)... I blame you, KEY!!!!!!1

oOoOoOo May 7, 2009 6:05 AM
Wow wow! O_O I think you really summed up what my issue was. I'm less confuffled in the head. X_x In any sort of visual novel anime, all the female leads seem to have that soft, weak, inexperienced side, just like you say. I recall the director of Evangelion pointing out the near-mute Rei (who doesn't blink when getting fondled) is more popular than the assertive Misato (who appears to enjoy sex to the horror of the protagonist).

As a girl, that stuff has started to get on my nerves (although I'm sure it'd bother me as a boy, too). It can become hard to identify with female characters like that, because I never was much of an innocent. ;_; Those are some interesting thoughts about otaku, though!

oOoOoOo May 6, 2009 3:40 PM
Your comment on my blog was interesting! ^_^ I didn't realize otaku were so... sexless. Seeing all the figurine collecting and stuff, I'd assumed those boys were perverted, but maybe they're just innocents after all. ;_;

url_elf Feb 7, 2009 12:20 PM
Oh my god hello everyone and thanks for posting on my wall even though I'm practically dead around here. I love that last one, so fabulous.
All Comments