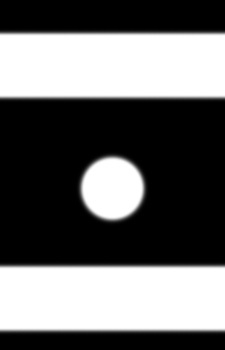 Aleczandxr Feb 6, 6:33 PM
It was good but I wasn't a fan of the pacing. Felt too rushed and things came together a bit artificially to reach that last panel IMO.

Tsarko Oct 25, 2019 10:27 AM
I am certain there won't be any 2D close ups or backgrounds. It's advertised as completely full 3DCG anime and it will be like Ultraman was. I also forgot to mention the voice, it bothered me as well. But it's not problem in the voice but in her design. I have no idea why they just didn't use regular SAC design, just adapted for 3D, since this supposed to be a sequel to SAC and is also iconic. I also agree about the lightning, hopefully they adjust that for the episodes. As for the expressions, I can't really judge from the two seconds and one line we got here, so hopefully it's good in the actual show.

Tsarko Oct 24, 2019 11:09 AM
To be honest, I think people are overreacting on how bad it looks, calling it Berserk 2016 tier and such. I feel people expected movie quality CG from this, but this is 24 episode series. It doesn't look worse than average CG TV anime to me. I think it looks better than Polygon pictures stuff and would look roughly the same as studio Orange's works if it had 2D backgrounds like Houseki no Kuni and Beastars do. Fps is smooth (at least in this teaser) which almost never happens in CG TV anime and plenty of anime movies, so that's a big plus. That said I am still underwhelmed, kinda expected more given how long this has been in the works and Sola Digital Art's previous works. When it comes to other parts of overall aesthetics, I dislike the lightning. I think it's too glossy.
So all in all, when it comes CG and animation in this teaser I think it looks okay and serviceable, but I definitely expected it too look better. I am sure actual CG animation will be fine and we'll be getting some neat motion-captured action scenes like it was the case with Ultraman.

Now what is the biggest offender for me here is the Motoko's character design. I am not the biggest fan of Illya Kuvshinov's art and I am even less of a fan here. I am aware that Motoko can look however she wants and I'd be fine if she chose a younger body but I just don't feel this one, I think I like it less than Arise one. Hate to say this phrase, but it's too 'moe', especially considering it's supposed to be a sequel to SAC. If this was some sort of reboot then I could perhaps live with it. Giving Illya to design characters for Ghost in the Shell was a mistake and I don't know whose idea that was.

As for the setting of the trailer, according to Netflix synopsis from few months ago, it's set in California. I think that's an interesting setting because you don't see deserts and such explored in Cyberpunk stories that much. It also means we will be exploring how all the tech and World War 3 affected other parts of the world. And if Kamiyama is still in the game and is actually writing this, then I think this could be really interesting storywise.

So overall, I am underwhelmed by the visuals (especially character design) and wish it was different, but think people are overreacting. It looks okayish. When it comes to story and setting, it has potential. So if the writing is good, I definitely see myself enjoying this entry.

Tsarko Jun 26, 2019 9:51 AM
Thanks! I took it from somewhere and customized it some. Dunno why profile picture stopped working, I will have to look into that.

Sure, you can have it. https://pastebin.com/bLnAbqgH

Edit: Always nice to have GitS lovers. It's damn masterpiece.