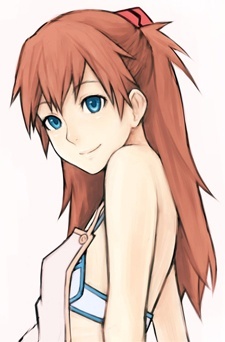 Ferios Mar 10, 2012 12:38 AM
Yeah, it was definitely an awesome community, but it's going downhill and I'm just tired of reading the same boring things. However, like I told Wstar (lol, comment copypasta), "We could just set up a group chat on Skype and leave it open forever, posting inane things on it like we usually would VNPC, to have a kind of home away from home." I'm going to see what OMA and Aza think about that idea when I see them on later. I think OMA's been trying to get Skype info for the other members of the Awesomeness Group, too. It'd be pretty cool if we could assemble everyone there.

Since we may have long Skype conversations in the future, it seems silly to say goodbye. So I'll opt for, "See you later," instead. And thanks for the wishes of luck, seriously. It's lines like that I hope will suppress my Touma-like misfortune.

OneManArmy Feb 3, 2012 10:00 AM
Like I said, would be awesome and of course very useful; of course only if you are planning to speak with us in the future.

OneManArmy Feb 3, 2012 9:14 AM
Well it would be pretty cool if you would install skype. You don't have to speak with us but it's a serious pain in the ass to write instructions via mal. In the worst case it would somehow work though.

Anyway I will meet with aza around 8pm and then we will speak about this whole shit. If we were somehow able to create a server and stuff (should be easy but I never did it before) we will give you the ip and stuff. Or you install skype and listen what we are saying.

OneManArmy Feb 3, 2012 7:29 AM
Hey aza and me want to play today some little fighters 2 and you said that you are free this evening. So what's up? Still in for it? TheNecress Dec 30, 2011 6:47 AM
lol well yes it is exotic for a lot of people but for me i guess there's nothing exotic in this world for my case since i'm already here :P. well i got a some pretty good grades lol my percentage is 97.84% which is good i guess although science was what made me get below 98% XD and my finals are gonna start soon TTTT__TTTT
All Comments