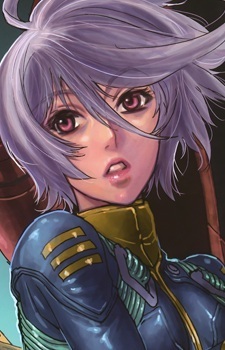 Hias Sep 25, 2017 5:25 PM
Being an American in 2017 is pretty embarrassing, yeah. Not sure where you are politically, but holy shit this administration has been a trainwreck. Doesn't help that all the hate groups have come out of the wood work and have rallies and marches in broad daylight now. I don't think those happened very often during the Obama era.

Also, in anime news, after I finish Yugo, I think I'll finish off my Yu Yu Hakusho rewatch, then afterwards tackle Bleach and finally finish that series. Most people would look at me like "why the fuck are you wasting your time doing that?". And that's probably because I've been on a battle shounen kick this year on and off. I finished the Naruto manga, rewatched DBZ, rewatching YYH etc. I figured I'd move on to the next anime that I need to finish off now that it's finished.

It won't actually be that bad since I'll be skipping the filler episodes.

Do you live in a big city by chance? That's part of my problem; I don't know whether to stay here or go out of state(I'm American, if you haven't already known that). City living is expensive, but I like the modern day conveniences.

Hias Sep 25, 2017 9:12 AM
Kind of at a crossroads in my life, I have some choices that I need to make within the next several years. So I'm still deciding on what I want to do for school, how I'm going to live on my own etc.

Dang, so if I start a shady business, can I count you as my bookkeeper :p

Axzqueen Mar 13, 2015 1:22 AM
Saw your comment on Tetsuo Hara's page! Just wanted to let you know that I agree! Hahahaha geez, he be drawing muscles at their goddamn finest! Hahaha anyway, hello.

Any news shows you've been watching?

Klonoa7H Mar 4, 2014 9:03 AM
Can you reccomend me some good anime or manga that don't take place in school settings, those really annoy me.

Klonoa7H Jan 4, 2014 4:06 PM
Theres also Space Dandy, Kill la Kill and Jojos season 2 to look forward to, so it looks to be a much better year than last year.

Had a good christmas? I made two new videos, which are a vlog and a haul video, and I plan to do more.