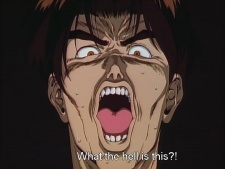 Xenalina Jan 20, 2012 5:43 PM
That's great! I wish her good luck on finding a decent job :) Oh I am sure that you guys will get around to watching anime. Also, how did she like "Harry Potter"? Yeah, I can see why you guys would like "Harry Potter" it is quite interesting for sure.
Sweet!! My brothers, sister and I share it; we also "Mario Galaxy" for the wii as well "New Super Mario's Brothers". We got them from our grand-parents as a christmas present. :D And that is fabulous! I am glad that you guys have fun together!!! ^O^

Cool!!! I never had 'pierogis' before but they look good. That is that your mom was there to help too.
Hahaha well I would do the same thing if I haven't seen someone for the longest time. Ah and it would work to move the deadline

Hahaha it's alright, I don't mind ^^ I have been extremely busy as well but probally not as much as you but still... Oh and I did half of my socials exam and got a 100%. YAY!!!! but the next part is harder, and then there is the math exam (which in the practices, I have only gotten approx. 50-55% :( so I am sooo not excited for math. On top of math I have english, and my english exams average at about 65% :( it really sucks... but I have to study! study! study! and at least it will help.

I can't wait untill next semester!! I have P.E., Science, Drama, and French; I am sooo excited >.< Anyways talk to you, whenever ^O^ And I hope that Ema can find a job that she is going to love and enjoy.

Xenalina Jan 17, 2012 6:50 PM
^O^ haha yeah it is a little silly to go to school for four hours but it works i guess.
Are you having fun with your girlfriend?!!! and that would be cool if she got into anime she would probally lovee it!
In my class of approx. 30 students there was only five or so that actually did their homework so as a reward we don't have to do the final persuasive essay- the five of us. Although we have to do the exam, which has two essay questions in it ^O^

Xenalina Jan 16, 2012 4:08 PM
^O^ yeah i hope i can find something that i really really wanna do!!! Yeah i really don't know about work yet so i will take it as it comes ^^ I have ideas and such and i will continue do that path but i always wanna do everything but i obviously can't >.<
and thanks so much i will try hard but wouldn't push myself. I have though about going to an art school or music school, that would be lovely. I think i would be happy if i can keep them in my lives and my friends and family, of course! Yeah people have to be extra careful nowadays >.<
That great!!! :D i don't like drinking, never have and never will.....it causes problems :( at least with most people, depending of course.
They are pretty good, i would have to agree though that they are a little depressing but it kinda helps me focus ( on homework) and drains everything else away then what is infront of me
YES!! I like talking to you too! it is nice! i hope our acquaintance will last long too!!!

Xenalina Jan 15, 2012 5:55 PM
Well i am actually still going to school, but i would at a gas station >.< i am doing volunteers at a local vet. office because i want to become a veternarian but i am still debating> I have so many things that i like to do i just don't know; I am considered being a truck driver like my dad but i don't like sitting for quite that long with nothing to do >.< But I do kinda like worring at the gas station because it is helpful to me, with being more confident, talkative and such so I am thankful for my job!!! I love to paint, and draw too! I would love to do something with anime or manga too! I love dancing and singing!!! Ahhh there are sooo many things to consider.....but I think i might if i can get into the Navy and go through my schooling with them for the first 5 years are something i have to dedicate myself to them :D But personally i am into hunting as long as it is a quick kill and you don't just shoot the animal ans let it suffer >:( so I know a little about guns because of my grandfather and dad. But physically i am alright to get in if I push myself, but because i have asma it is a little difficult to breathe sometimes if i push myself to hard ( i average at about 80% in p.e. ) I guess it isn't bad but i want better. When I leave this school I want lots of choices so i taking all my maths and sciences, french, and i really like history and socials so i might take both of those too! I am also learning japanese on my own by the computer when i have time :)


Nice! I am glad your guys relationship sounds good :)
I don't have a boyfriend but I really don't want one right now, I have enough on my plate with everything and everyone i love!!! I am afraid that if i do have a boyfriend I will no longer be able to be strong; I will probally rely on him alot and i reeally don't want that. plus there is no nice guys at our school, i have a couple of guys that are nice but they are soo... well all the guys at my school think that it is 'cool' to smoke >.< I REALLY hate it!!!! Good luck wtih your girlfriend I wish you guys good fortune :D


Yeah i play piano, I bought and electric keyboard :) I also have an acoustic guitar!!! ^^ although i ain't that good at all!! REALLY four languages??? COOOOL!!!! I hope you have fun with your new acoustic guitar :D

i like various types of music... well i don't like screamo, and i get greatly annoyed with most of Justin Bieber's song or and such artist because they are basically all singing about the same thing >.< but i have some songs that are exceptions of course :) I like Nick Lachey, Arocket to the Moon, I like the style of singing from japanese songs <3, there is this band from my school and they are really good too!! they sing alternet rock! Radiohead? I think I heard a couple songs by him I will totally look him up. yeah i basically like random songs; some are sooo stupid that i really don't understand the point in me liking them but.... anyways

Xenalina Jan 15, 2012 4:22 PM
hahahahahah i am sooo sorry but when i came to your profile couldn't help but laugh at your profile picture. hahah XD
^^ how are ya doing?
All Comments