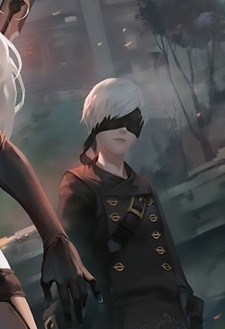 flowstate Jan 21, 5:07 PM
Yesss, no you have to watch Madoka Magica at least once. It's worth it I promise!
That sounds like such an adventure, good for you! Where is home for you? Reading manga in french... excellenttt.

Yes, the Fate series is wayyy better than I expected it to be. I didn't get to Fate/Zero yet, and I actually put Fate/Stay Night UBW on hold to try my hand at reading the visual novels first and seeing if I can get into them. If it seems too time consuming or not worth it, I'll ditch those and jump back into the anime. So far though, it's pretty cool!

If you want to know if you can get into it again, start with the UBL prologue episode. It's like 50 minutes or so and you'll know right off the bat if it's for you. It takes just a bit to get going, but it's worth it. My goodness, it's absolutely beautiful. Super high budget, and the fight scene choreography blew. my. mindddd.

Polycythemia Jan 21, 12:59 PM
I spoiled [E] for myself by watching youtube vids so I kinda 'half-assed' the second half of the game because I knew I'll choose to delete my save in the end and didn't wanna waste extra effort 100%'ing it :') I wanna say even if I didn't spoil myself I'd still probably choose to delete my save tho... but yeah that ending was a heartbreaker ; -; that being said, can we talk about kuro's sacrifice in ori and the blind forest almost equally emotional? I teared up.. ; -;
HK is a pretty mechanically tricky game with an emphasis on well-orchestrated boss battles... kinda like a platformer-version of darksouls/bloodborne if you're familiar with that franchise? I love challenging games so I really enjoyed playing HK but there are definitely parts that took real patience (and frustration) to pass... oh yeah and great lore too
ooo I played ff:x and loved it but not a fan of open-world stuff like witcher/skyrim because they're huge timesinks with the amount of content and stuff to do haha
tbh I only got my switch for smash ultimate LOL. but recently I played fire emblem: 3 houses and thought it was really good too! I've actually never touched neither pokemon nor animal crossing franchises (don't judge me). I personally thought it was worth it because I've probably got all my value from smash (yikes), but I can't really speak to its game selection in general, sorry :x

EmilioX Jan 21, 4:50 AM
Nice, well Madoka is a good one to go with. ^^
Let me know if you start watching one I named, would love to discuss it with you.

That is a very good choice, it's also one of my favorites. I do have to watch the sequel movie.

My favorite is Clannad, I really love it, a masterpiece in my eyes.
Others I really like are: Attack on Titan, Koe no Katachi, Made in Abyss and Kanon.

Well the Anime Guild has 5+ years of accumulating results of each individual anime season. So we are one of the more established clubs on MAL that provide all sorts of different seasonal features. So hopefully you'll want to add us to your "portfolio" =).

Hibbington Jan 20, 9:36 AM
Greetings tintinyu, I recently gave you an invite to a seasonal club called the Anime Guild.
But I do also like to interact with the people I'm looking to bring into the club.
The club consists of a lot of different seasonal activities from Power Rankings to OP/ED Comps to Seasonal Cards.
We also have an active Discord Server as well as annual events throughout the year ^.^.
*If the invite doesn't go through just message me about it*
So what would the definition of "working your way up the anime world" mean?

Polycythemia Jan 18, 6:07 PM
did you get to [E]? :')
pfft I think it's nice to have a profile theme, I do the same with violet evergarden >__>
I play smash bros on nintendo switch but don't really have much time for games anymore haha. I've played hollow knight, child of light, and ori and the blind forest on steam and loved them ♡ do you play others and what are some of your favorites?

nice to meet you too! how's it going?

are you currently playing anything? and what about other interests outside of anime?

EmilioX Jan 18, 5:21 AM
Okay, I'll just give you a few of my favorites, the genres differ a bit anyway ^^
- Clannad and Clannad After story
- Higurashi no Naku Koro ni
- WIXOSS
- Madoka
- Shinsekai Yori
- Toradora!

What is your favorite anime?

i really should get to finishing nier sometime, just waiting for it to be on sale at this point tbh

flowstate Jan 17, 8:09 AM
Alright, I'm in on Made in Abyss (judged initially by chibi style) and Yuru Camp. Pumped for two more solid entries :D

Yeah, thanks! What's odd is that I did some computer science courses right out of high school but then got away from it and just ended up working. Found my way back to it, but I won't lie, it's honestly very difficult. It can be discouraging at times, ayyyye. But it will open up many doors for me, so I've got to stay on the path now, you know? What made you choose linguistics/what language is your primary focus right now?

I totally see why you approached IDOLiSH7 like that at first, ha. I did hear about it but it didn't seem like it was for me for exactly the reasons you mentioned, lmao. I never got into any idol anime, but just recently I came across Love Live! School Idol Project and since I'm pretty open-minded I decided that I'd give that a go for my first idol anime to see how I liked it. I'll let you know what I think.

Ergo Proxy is actually on hold for me, so I can't answer that question honestly and I don't want to preemptively judge the whole series based on my progress so far. I got into it because they styling is awesome, it's a post-apocalyptic vibe and I like the character design. Don't take my word for it yet though. I'll keep you updated once I work through it. However, there are just series that at the moment are a bit more interesting to me, so that one is a little less essential.

Fantasy suggestions for you - (I have not seen them all, but I do plan on it based on my research and what seems promising). I'll write a little bit about what is liked about them below as well. So watch a series review, see if it's something for you and dive in:

Mahou Shoujo Madoka★Magica deserves an explanation here. This series, and I don't say this lightly, is an absolute masterpiece. It is also nothing like you would ever expect. Shaft did this on purpose to fool everyone. You think it's your typical mahou shoujo, but boy are you wrong. It's a deep, dark, psychological thriller that had torn me wide open. You'll cry tears of complete sadness and tears of resolution and joy. I'd also recommend watching the first three episodes in a row. After the first, I waited a couple days and wasn't really impressed, but I kept going and after episode 3 you'll start to understand that you're in for something way different from what you'd expect. Honestly, the journey is dark and sometimes hard to bear, but to me, it was absolutely worth it. If you're not into this type of emotional trip, then steer clear of this lol. But honestly? I think this is a new classic and essential viewing for today's anime watchers. There's also a follow up movie (#3 aka Rebellion. Movies 1&2 are recaps). If you REALLY like the ending of the series, then Rebellion might piss you off lol but its also fantastic. Also, for this one I do highly recommend sub, because the dub voice acting was not very good to me.

Hopefully that at least gives you a few more options to consider!

I actually think I'm gonna switch it up this month and go back and forth between an SOL/comedy and a fantasy series myself :)

Polycythemia Jan 16, 6:14 PM
hiya! sorry but I typically don't accept rando fr's without a conversation first
nice to meet you again! by the looks of your profile, I'm glad you enjoyed nier;automata, it's one of my favorite games too :')

Aoboba Jan 16, 3:13 PM
I’ve actually been wanting to read the manga ngl. I’ve heard many great things about it but my friend advised me that waiting for the sequel to the anime is way better. I can’t wait for the movie though! The MIA anime is like my go to recommendation when someone asks me what they should watch. It’s just so good <3

Aoboba Jan 16, 1:12 AM
Thanks for the friend request! Please don’t be a stranger uwu

Made in Abyss is siiiiiick

flowstate Jan 15, 1:47 PM
I will gladly take those recommendations! I only recently started seeing Made In Abyss in many people's favorites section, so there's got to be some value there. Funny, I just ran through the OST earlier this week (even though I've never seen it) and I've got to say, there's some really great music on there!

I love the lighthearted stuff, so Nichijou seems to fill that role, but I do like alternating between more series or dramatic anime and the lighthearted stuff. Most recently I was watching LWA alongside Ergo Proxy (so far seems cool), but the latter is a bit of a darker post-apocalyptic tone.

So yeah, I like the darker, dramatic story-driven stuff, but not the over-the-top gorey dark stuff. Either way, I've added your recommendations to my list! Also, regarding Yuru Camp I sampled some of the manga just last month! I actually passed on that because I wasn't impressed with the overly simplistic drawing style of the manga (with the exception of the chapter intros), I mean it was really bare-bones; but I have a feeling that the anime will be a much different experience from what I see now. Thanks for not letting me pass that up!

I see that NierAutomata is on Steam, so that's good news if I ever decide to jump in :) Hey, you can't help but to tell everyone about what you love, right?

For my studies, it's JavaScript/HTML/CSS for the time being. Once I feel comfortable with JS, I'll learn what's called a framework, called React. Then I'll start building some little apps and programs to build my portfolio :)

How did you like IDOLiSH7? Yeah sure, what genre(s) are you looking for currently?