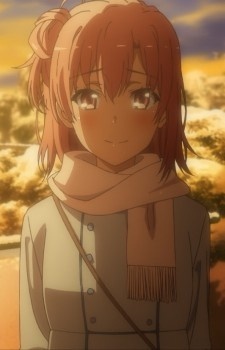 ScuzzyBear Apr 29, 7:34 PM
any tips to read light novels? like how long would you say it takes you to read? I'm tryna get into it but its hard and I really wanna read snafu

Silveryo Mar 19, 7:20 AM
Yui is the goat genki girl character

whoopent Sep 3, 2021 6:34 AM
Sorry but where are u reading One punch man rn? I want to see the new chapters but I cant find them. Thanks

cchigu Apr 8, 2021 8:02 AM
Lmao, I have been on the Yukinon ship from the beginning xD I didn't have a positive impression of Yui in the starting. But the later volumes made me appreciate her, to the point that even if she had ended up with 8man, I wouldn't have minded one bit.

That aside, I have been hearing extremely controversial stuff about Shin. Man, I am scared to read it. Also, nobody is actively translating it, which is a bummer. I wonder what happened to Spyro.

ExcaliburAO Feb 15, 2021 5:35 PM
Shit I forgot about Elinalise. She is going to have so many simps and so many haters. I can just imagine her character getting botted. Also, I think you were the one who said it, but when they have sex, they would commit seppuku

ExcaliburAO Feb 15, 2021 5:20 PM
It’s like wondering how he will twist your words or dodge them completely
All Comments