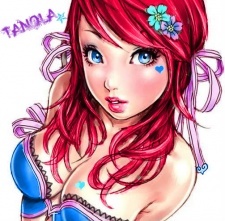 www.fuckin naruto.org
AIM: do w/e i want
MSN: i dnt think so :P
Yahoo: not that thrilled

Kurt_Irving Apr 30, 2016 6:33 PM
Welcome back, Chris! :) so what kind of Xbox 360 games do you like and what do you think of Catherine? as for Yui Horie, I think she did a good job as Gwendolyn from Odin Sphere, which was such a beautiful game and the later Vanillaware games for some reason, didn't make it to the Xbox 360, if it's more viable and accessible.

Kurt_Irving Mar 15, 2016 5:49 PM
So that's why you like the series and I'm pretty sure my Canadian buddy has the same reason for liking Naruto. Oh! by the way, you're welcome.

Kurt_Irving Jan 31, 2016 10:08 PM
Hello! so what is it that you love most about Naruto? I have this Canadian buddy and she's the same age as you are. Also, your profile picture is sexy.

I'm just honest about what I think for the most part. If you admit to something perceived as bad then no one can hurt you with it since it isn't a secret and you don't care.