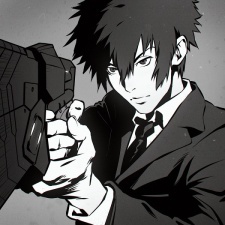 Nurasuke Jan 5, 2020 5:42 PM
hello friend, it has been long. How am I? Surviving steadily but surely. As for my life, much work to be done. But that's about it. Yourself?

It is not like I have done any better.

Lyubit Oct 5, 2016 6:26 AM
I want to watch Arslan Senki too, I was disappointed when I knew it's just 8 episodes, and it won't' be something crucial for the plot of the story so I delayed watching it. It's about time I guess. We will have to wait for season 3 tho :|

Lyubit Oct 5, 2016 5:48 AM
If you use Chrome, there is an amazing extension I use for this frustrating problem https://chrome.google.com/webstore/detail/lazarus-form-recovery/loljledaigphbcpfhfmgopdkppkifgno it's really amazing, I think even if the browser is closed the text will be saved! didn't have that frustration since using it haha. It's available for Firefox too.

Believe me it's really normal, I do that a lot to my friend here and I hope she doesn't hate me too xD, but yeah for me it's really ok, sometimes I just don't feel like typing and so, I think the best solution to this is to reply directly after reading the comment haha. Tbh tho, at first when you took long to reply, I thought that I'm being annoying so you didn't want to reply haha, I was glad that wasn't the case :P

"I don't like to invest time in things that will teach me nothing. " ye exactly, it's more like an adventure to me, where I discover new aspects and things. That's my goal too :)

I can't relate to your Monster experience since I didn't see it yet, I'll keep that in mind while watching it tho

Whoa lol, you want to watch a Turkish drama in Arabic, isn't that going a bit too far for yourself? one step at a time is better, haha, or you will leave it mid way (like you usually do anyway haha :P jk) I recommend watching it in Turkish in its original language, tho I don't know if there are English subtitles for this, I only watched it with Arabic ones, I know a good Arabic site if you want, if there were no English subs. but you need to know that Turkish drama really really takes time, I don't know if you like this kind of romantic themes that much to watch something as long, like every episode is like an hour? and it's 80 episodes (two seasons), compare that to some Korean drama ! too long! the thing is they use the technique of going back and forth too much in their stories. But I really think that Kuzey Guney steps out a little bit, it is still Turkish, but it's more interesting, the story really feels like it is moving and getting developed if you know what I'm talking about, it's also full of action in comparison to something supposed to be romantic, that's why I really like it. Besides, the main protagonist is really great at his job, omg he really did astonishing job capturing his character, there is one scene in the beginning of the second season, I can say that scene is my favorite scene of all live action shows I've ever seen, Crazy! I started trying to warn you and then got dragged into encouraging you to watch lol

Speaking of Korean dramas, I watched my first Korean drama in July I guess haha, you encouraged me a bit and then my friend helped out, so I watched a show called "I can hear your voice" and really enjoyed my time, it feels a lot like Turkish drama imo, but way shorter. I'm not watching something else because like I said, I'm not watching in overall haha

In UAE I have lots of friends, for a shut-in like me I really have quite a big number of great friends which is weird lol, and here in Germany I got to know some, I have particularly 2 real friends here, one is Korean and the other is Syrian and we speak a lot of German together. We used to go out with the rest of the class, but since the language course ended we are rarely going out together, but on the other hand I didn't get to have German friends yet , that's what I meant there, because I mostly at home ( I rarely do activities on my own outside) that's why my speaking is getting worse. but ugh, I don't really want to abandon my room haha xD, so I'm gonna depend on my luck and my school for socializing :P :P

saltshabby Oct 1, 2016 7:05 AM
My goal is to be active for longer than a year. Sure, I joined around 2013, but I was only spam sharing Youtube videos to Google+ at the time. I started taking Google+ seriously around mid-2014, and I managed to get over 8k followers, but then that account was hacked. The account I'm using now was already created before the account was hacked, and I was using it just like my other 4 accounts. Now it took the place of my old main account.

I get tired of Google+ at times, but there's something about it that doesn't want me to stop using it. There's no other social media site like Google+ for me to start using if I do quit using Google+. Facebook is retarded, and I'm honestly astonished it has more users than Google+. Twitter is somewhat better than Facebook, but it really isn't my thing while Google+ is. I'm sure people who left Google+ long ago will eventually return.

saltshabby Sep 30, 2016 11:48 AM
When I found your MAL profile earlier today, I thought you were Jess Liu, for some reason. I'm genuinely surprised that you're (insert something I can call you and remember you by here). My Google+ username is Benjamin J. Howard, but I'm not sure if you remember me.

Glad to hear that, but I'm all curious now, where are you from? Netherlands? xD

I want to invest more time watching Amercian series, I've only watched GoT and it was a pretty great experience, I want to watch Breaking bad, they say it's really amazing. Monster too, I'm quite curious in knowing why it is considered to be that good anime, problem it's a bit old, and I really like new colorful things haha xD

Ye I hate dubbing in overall, but the Arabian dubbed Turkish drama isn't that bad actually, it feels really well timed. but still I used to watch the original haha, it will always be better. So from your response I guess you have watched some Turkish dramas too, or? My favorite one (but I didn't complete it yet) is Kuzey Güney, I also liked The forbidden Love, I don't watch a lot lately tho, actually I'm not watching anything lately, even anime, but I'm trying to get back into it.

I really like German too, few years ago if you asked me I wouldn't have any kind of interest in it, but now I'm really happy I did, it was a great decision imo, but my problem is that to get better (especially when it's about languages and speaking skills) you need to be more sociable, which I'm not xD that's why I'm kinda struggling to get better at the moment, but my school will start this October and I'll be sure to get better then. So are you studying German actively, or are you will to in the near future?
All Comments