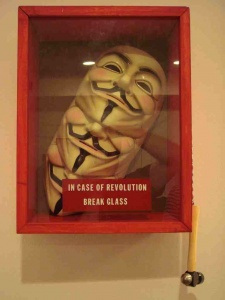 We hope that you join us again!

Wadels Nov 5, 2010 4:41 AM
Funimation are going to submit Summer Wars in the best animated film category for the academy awards. Good way to promote the film I presume. I can't wait for the DVD release next year.

I can't believe my one of my 2 free tickets is going to go to waste because I can't find anyone that can go to King of Thorn next Wednesday or Evangelion 2.0 on Sunday. :(

Moimy Sep 14, 2010 6:48 AM
Gintama is pretty good. The manga is hard to find online though, due to lack of translators wanting to do it, because it's more of a wordy manga than a static one.
Hmm, I haven't even bought any anime recently. I sometimes rent anime from Civic Video. They've got quite a few and it's cheap.

I was so glad when they announced the season season so there was more FMA. I started reading the manga after the first anime got me into anime.

I kinda prefer manga over anime adaptions. And I prefer reading manga in book form rather than on the internet...Most of the time I only read online when I can't find the book or it's not out yet.

Yeah it was probably only for the Summer Wars session. It was noticeable warbly.

Mari is awesome.
Gendo is the man.

Moimy Sep 12, 2010 5:16 AM
I can't justify buying anything but I do it anyway. Due to my lack of funds, I only regularly buy Gintama. Because it's fantastic.
If something is good enough, that justifies buying it even though you've seen it before.
I had boxset of Evangelion and the two movies but I sold them. I still have the first rebuild.
Fullmetal Alchemist is also great. The re-made series is way better than the original. I like things that follow the original more and this has that on top of many other things over the original series. The second series is HNNNNGH.

I might go see King of Thorn some time. Summer Wars was great both times. Although the second time, the sound was really bad. It was better in the smaller theatre =o.

Honestly? I didn't like Eva 2.0. Although I'm not a major Eva fan, I didn't like what they're doing with it. But with that being said, I only really went to see it for Mari, and she was awesome. Even with the tiny parts she got in it.
And it revived my love for Gendo Ikari. Fuck he's the man. The Dummy System Scene. 'Shock!' 'Shock!' 'Shock!' 'Gendo pose with grin on face that shows I'm really impressede with myself'.

Also, thanks for the heads up, not too sure if you're the same guy who posted on gameplanet? I wouldn't of known of RA if that post wasn't created.

Moimy Sep 9, 2010 5:37 AM
Yeah. It was so much better last year when it was $10. Then I could fill in the gaps of the series I hadn't gotten all of. I didn't really buy anime, cos it was still at the same price. I prefer buying manga to anime as well I think.

Lol me too. Anime,manga, learning the language and I actually listen to their music. But the fact is that we acknowledge the fact.
Nope. But I've seen the posters around.

Hmm. 1pm might be a good time for me. I guess I'll just text you then.

Awesome.
I'm totally interested. I saw it last night(or a few hours ago,whatever) and it was fantastic. I totally wanna see it again. And get people to go with me.

Awesome.
Just name a time and place to get it to me.
That's cool. Karate is also cool.

Moimy Sep 6, 2010 1:45 AM
Well my first major is English Lit with a second major in Japanese. I'm not promising anything cos I'm not very fluent in Japanese...

Yeah. This yeah I got all my stuff in the first day, then I just kept walking around and around, expecting something to happen.

Wow really? That'd be bitchin!
Everyone at the anime club already kinda know about the Reel Anime thing. Which is great.