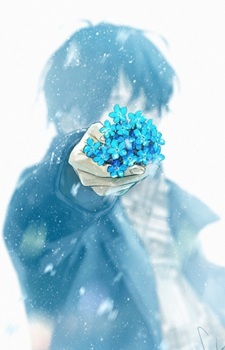 Ok so you enjoyed Kanata no Astra. I didn't. I found the story build up rather weak and i expected more from a sci-fi. But each their own. :)
I really liked the artstyle though, and i even made a short music video with it some months ago : https://www.youtube.com/watch?v=FhAKNZptC7w Because the lyrics fitted so well with the scene.
If i get back to watching anime i'm planning on rewatching some older series i have enjoyed (Arakawa under the bridge, Code Geass). And finishing Vinland saga and some other running series.

I'll be busy playing VR games so i am not sure when i'll be online. Haha!

A lof of stuff has come up and I don't feel like typing a lot :'D
I read through everything you said, i totally agree on the time management. Haha.
Didn't know Hanakotoba can be that inspiring.
Lately i have been busy planning my Oculus Quest. Doing all sorts of research about it and buying stuff ahead for the Christmas. So i'll be busy somewhere else other than MAL :)

Hope you are doing great!

Lylaaz Nov 26, 2019 2:10 PM
Oh wow you schedule anime watching? :D You mark it in a calendar or something?
I guess everyone is a bit different. I just watch something when i feel like it.

I used to watch DRRR when it first aired, then 4 years gap really did its job. I have read Tokyo Ghoul Re manga a bit when it first came out but i didn't like the story anymore so i can't relate. There's loads of stories you just end up forgetting :) But yeah in my mind Yugami and Izaya are similar (they think their own way and do things differently than other main characters, although Izaya is more evil(?) intended, lol) and that's why i recommended it if you are looking for similar characters. Sometimes if you have forgotten a lot, rewatching feels very good. ;)

I see you agree with Oresuki. I don't even have a will to watch it anymore at all. Might give one more episode a try.

What's Hanakotoba exactly? A quick google tells me that Japanese people have associated some sort of meanings to flowers. Why do you find it so interesting? I'm curious.

I see.
Good to hear about your recovery.

Just give Cross Game first episode a try. I don't think it needs impressive motivation to start it. It's a really nice slice of life / sports anime.

Actually I don't think i have completely finished DRRR either, even though i consider S1 of it one of my favourite series. So we are the same. Later it just got soo many characters and sideplot that it was hard to continue. But i will try to finish it 100% one day :D because i liked the characters a lot.

"Ore wo Suki nano wa Omae dake ka yo" . It's not a cliche romcom. For the first 6 episodes at least. After that i have personally been disappointed, it's like it lost it's charm and became very typical harem anime. I really hope they come up with something and if not then it's another series that starts great and ends boring. Guess we'll see.

Yep, the metaphors are nice, and sadly I don't understand most of them xD and the only book reference i understood was "crime and punishment" because i have read the book. Ha.

Lylaaz Nov 20, 2019 1:37 PM
Oh hi there!
You don't know how happy it makes me to see that all my time spent on anime/manga has actually helped someone else find series they love as well ^_^

THAT MANGA IS AWESOME. It has such great character interactions and so many life lessons and all while just being a school manga. And in a nutshell a school is like a small world with different sorts of people put together, so of course those lessons imply in real life as well.
Yugami kun ni wa Tomodachi ga Inai is definitely series i would love to read again.. and I have.

Over half of the Recommendations (https://myanimelist.net/manga/62547/Yugami-kun_ni_wa_Tomodachi_ga_Inai/userrecs) in MAL for Yugami have been written by me, so you can check those.. Or something below* i will mention. Maybe some/most of it you have seen already, but it's a bit late for me to double check (I have to go to sleep soon :D).

Yet none of them are that close to it.

* Or for baseball / team building i would just pick some baseball series (btw I loved baseball anime/manga even before I discovered Yugami kun (Cross Game, Ookiku Furikabutte, Major, Diamond no Ace))

* Series that made me love Slice of Life was BECK (which is also in my favourites), but it is written in a different way, full of life lessons (I even once wrote review of it like I did for Yugami)

* Or if you want character then closest maybe indeed is Izaya Orihara. Depends from which perspective you look though, some consider him a jerk, yet I loved that character. :D Or in "awesome" terms maybe Sakamoto, yet he is too over the top in terms of awesomeness perhaps. Some people have compared him to Hikigaya Hachiman but i think they are at their core totally different - but he is also a lone wolf kind of character.

Yugami Yuuji is just very relatable to some people i know in real life, yet not at all depicted much in anime or manga. I really loved one person describing him as a capitalist in socialist society. He just had different values, yet he meant good, it just took people to realise it.

And heck, maybe i am missing out on some great series myself. I really hope so. Just like you, I am still addicted to the "lingering aftertaste". Wish i could find another series or character like this..

Maybe if not in manga, maybe in books..
Hope i was able to maybe say something useful, I don't know for sure :D

Woahh you really are so busy, dont forget to take good care of ur health ok! 3 months hmm.. August-september maybe?

Because of fasting month(Ramadhan) in islam. My usually work time is in morning only, but in Malaysia which is have a lot of islam here so can't sell food in this morning fasting month. But this only for small stall such as like me, because we're selling outside and not inside shop or restaurant or somewhere inside XD evening and night is ok but Nasi Lemak here means the breakfast food so it is not really well selling is evening and night.

But there are also a few people that doesn't follow rule and just selling outside without worrying being caught haha well ofcourse I can sell inside restaurant or somewhere inside but maybe will be so rude because people here mostly is religious islam. Well my religious is also islam and I am fasting so.. Yeah you know what I mean right XDD nahh there is 6 days left !!

Simply say I am not busy now..just rest ;3

Which monday? You already go?? How is it
? Tell me ur experience. ><

Normal busy life..that is part of being adult~

Ohhh dont misunderstand me, i just dont want someone jealous..XDD I see. It's ok, single is good too, i hope you will found someone who is seriously love with you. And i am already taken by someone ^^

Ohh yess, i remember you say you really want to go japan, hopefully you will fulfill ur dream!

Etto..about nasi lemak.. No.. It doesnt have chicken or meat..those are just an extra, you can just order the "normal nasi lemak" owo

Ah.. We are all getting so old now..i am 21 now, and you.. 28? *sigh* sou desu nee.. you must be already married now or sooner..(thinking about it make me feel gurllpp bcoz ur waifu might be watching me right now ahh gomenasaii kyoya waifuu i dont have any attention to steal ur husband) (=~=)/

My life is so-so(ok?), i am doing smallest business now , just ccreate and selling the food(it's called "nasi lemak", you can search in google. Already 1-2 years but i dont wanna selling in online 😂 what about you?

Btw I already forgot the coding in MAL haha

We don't celebrate it, but we do take some participation in it. We ate some "fancy" dinner and we pretty much just stayed home the entire day and watched tv. It didn't even snow, haha.

I've actually never heard or seen the dance step but maybe I'll give it a go? xD Thank you for the suggestion! :D

I'm like you sometimes I even feel lazy. I think too much about many things. I don't know where to start.

I hope everything goes well for you! ^-^
All Comments