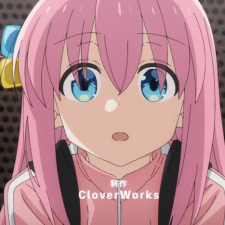 Wildcat17 Sep 5, 2012 8:53 PM
Hey! I wanted to talk to someone about the recent episodes of Arashi no Yoru ni :D So, unfortunatly I believe it's getting close to the end. I heard the series will have 26 episodes and not 52 as it was planned. It makes sense, since the last episodes had been similar in some parts to the movie. Oh, I heard that the movie ended where the books ended, so the series will probably have the same fate.
I'm an huge fan of Arashi no Yoru ni since I watched the movie. It's really, really amazing! Then the news of the series adaptation came out and I freakined out xD But then I saw the pictures and... "cute" designs? Female Mei? O.o I didn't like that, but I didn't give up of the series. So it came out and I watched the first episode. I really liked it, although it was weird since I wasn't used to it comparing with the movie. With the time I let the movie comparation go away, inside of the possibilities, and now I can't imagine male Mei O.o It's weird, I see them as different characters, but they're the same characters! xD
Yeah... I've been lovin the latest episodes and I would pay to have more 26 episodes, even if they wrote an original storie and forgot the books.
Oh, I really would love to read the books and the manga adaptation, but only two books were licensed in english and they're out of print, and both books and manga aren't translated on the web. I hope I can see them all licensed sometime ;)

HentaiSenpaiMumu Apr 7, 2012 6:55 AM
Saw your post in the Acchi Kocchi 1 thread. Glad I wasn't the only one who noticed the Evo moment parody they had there! I'm a big fighting game fan myself (I have been in the fighting game scene for about 10 years now)

Sorry, nice to meet you ^^
i was passing by-

Here my recommendation that I give out to everyone! You should read "Ichigo 100%", its mainly a harem romance series, there are 3 heroines, each are likable w/ different personalities. The 2 great things about this series is that the protagonist has a actual goal, other than chasing girls and its unpredictiable, who he would fall for. "Ichigo 100" was published in 2002 (ended 2005) w/ "Jump Magazine", which is only concentrated around mindless battle manga's, so it did really well to last that long! There also an anime adaptation, but I only recommend it after reading the series, the anime freshed out the story for comedy and ecchi focus, plus its an open ending (didn't even reach half way of the manga). If you decide to read the series, let me know your personal opinion and your favorite heroine!

lem Aug 15, 2011 2:55 PM
Hi, I've got a question to ask if it's fine by you; I've noticed on your profile that you are watching Ao no Exorcist Specials. Is there any site that you watch those on or do you watch them along when dvds come out?
I'd really like to find those somewhere on the Internet (doesn't matter if raw or subbed), so if you have any suggestions, please share :P

soupyk Jun 7, 2011 8:45 PM
I read on one of your posts that you have read the oreimo light novel, did you read it online? If so could you link it to me please? :D
All Comments