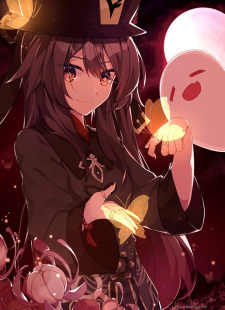 ZephSilver Aug 31, 6:44 PM
I'm genuinely curious to see how badly they fucked it up, but not anytime soon. I want to cherish the memories of a good edgy shounen a bit longer first.

>>>>Like I probably sound like a boomer or something but the "guy-bumps-into-the-girl's-tits-and-gets-his-shit-kicked-in" joke can only work for so long right?

I legit just made replied to someone mentioning this very thing and why I don't care for the direction anime is going LOL
https://myanimelist.net/comtocom.php?id1=3955909&id2=10196588 the comment in this thread yesterday at 4:33pm, where I said
"—But then, at the other end of the aisle, you get girl shouting "b-b-baka" after some beta-male accidentally trips and grab her boob for the 500th time in a year where that happens in an anime at a coin toss rate. It's just exhausting."

You're the 3rd person to mention Odd Taxi to me, so I'll add it to my ptw. I'll probably restart what I left off before my hiatus before starting a new series first, but when I do want something new, I'll take that into consideration.

literaturenerd Aug 18, 10:33 AM
I've actually only read one visual novel because I mostly read older books. I have some of my favorite works listed at the bottom of my profile. I've heard Umineko was fun though! I'll have to read it sometime. Earlier this year I read Song of Saya, which was my introduction to VNs. I thought parts of it were good, but I was annoyed it was written like a vampire story but featured a Lovecraftian deity, which do not think or behave like vampires.

Yeah, I've been a big fan of Elfen Lied since 2006! It has plenty of flaws, but also is WAY better than people on MAL give it credit for.

Ezekiel_01 May 23, 12:55 AM
>Agree with you on Madhouse but I think they are also a huge studio, they make so much money that I think they have the freedom to be more experimental because they already have so much revenue that they can make risky moves like this. A smaller studio trying something like this would be financial suicide.

My Respect for Madhouse Studio is not because they are a big company that made millions but a company that lost billions of dollars just to push the boundary on what is capable in the medium that's why they have some variety.

>Another older one is Neon Genesis Evangelion, it capitalized off the insane hype from mecha series in the 90s but it was more philosophical and introspective, and had some very trippy moments as well. And because of that it became a very popular and loved franchise/series.

To be really honest I wish that's the last anime of its kind. No more anime like Evangelion No! since it contributes to a lot of bad inspiration when comes to anime and terrible ridicule on classic mecha anime. Sure the show itself is not bad but I would say its not purely original and the show has some issues. It's just so annoying how people praise Evangelion Being First and Being Flawless. For a mecha genre it deserve the praise for what it is but for psychological study involving the human psyche and existential crisis, No! There are lots of good titles that explore that concept tracing back to the early 80's Gundam Anime to Other Genre Anime. It just Evangelion is the most accessible 90's mecha anime out there and even today. Old Mecha anime is actually a lot harder to get or even to watch easily this day. That's why I can understand why people consider Eva the Best Mecha Anime because they haven't seen much so they need to give the crown to something I guess.


Series I want more being produced are the likes of Satoshi Kon's Work Sadly we will never see those again because Kon is Dead and Insanely Genius Series Like "GHOST IN THE SHELL".

These titles are an amazing example of PUSHING THE BOUNDARIES THE ANIME MEDIUM ARE CAPABLE TO OFFER.


Not a bunch of Teenagers Saving the World and The World Revolving to this Bunch of Emotional Depress Kids. Saying this kinda show that I see Evangelion as nothing different from Teenager Power Fantasy Series we got a lot of this Days.


No Offense. It just I have total hard time with Evangelion Fans over the past Decades.

Making cheap effort anime is similar to companies being safe and afraid to take the risk. It down to how much profit will I make on the most minimum effort. Anime Studios are a company anyways looking for profit but there some respectable companies out there that are willing to take the risk. Somewhere, the last Studio I saw was Madhouse and I respect it.

Ezekiel_01 May 19, 10:04 PM
What's your opinion about People Seeing anime as an Isekai Genre than being a medium of variety.

And to be Frank Most Isekai now is not even creative with their setting but more in making their a character more eye-pleasing than ever before like how company mascot franchise while disregarding any potential story to offer the audience to enjoy.

RebelPanda Mar 1, 12:17 PM
Gankutsuou is a classic anime I love. I have not read the novel. As far as I've heard, the anime is a loose adaptation of it. The setting is fantastical and futuristic.

Thank you! You must have good taste. I will read Umineko eventually. Higurashi Gou has put me off of Ryushiki, so it will be a while before I return to his works.

JomyS Feb 11, 2:09 PM
Thats nice to hear, it looks like a very relaxing show to watch so i've been meaning to watch it for a while now. I'll stick to the release order as well for the same reasons as you, I don't wanna get confused getting through all the seasons.

I finshed it and damn that was one weird show but it was a great watch. All I can remeber about the priest guys is Anderson saying amen in the most threatening way i've ever heard. I think their great facial expressions during their monlogues made them quite bearable.

Also apologies for the late reply, the new semester has started so it's hard to find time for MAL

Yeah, that probably best, did you end up watching both by the way?

senayayaya Feb 8, 7:25 AM
The characters in monster are so interesting.

I love A Tribe Called Quest, they're music is fire for sure.
I mainly listen to hip hop, the artists i enjoy the most are Kendrick Lamar, Kid Cudi, Tyler the creator, Earl Sweatshirt, Freddie Gibbs, Kanye West and Gambino. But I also listen to R&B/soul like Frank Ocean, Joji and Steve Lacy.
I listen to quite a few artists from the UK as well. The London underground hip hop scene is just great, my favourites are Loyle Carner, Slow thai, Lausse the cat and Lava La Rue.

JomyS Feb 5, 12:46 PM
I've been wanting to watch Musishi for a long time now, am I right in assuming its an episodic series? I've been watching Hellsing Ultimate recently, it's a pretty wacky vampire story but it's been a pretty good watch so far.

I only watched the anime episodes since I forget there was a movie but the movie is probably the better option since it has an extra scene not shown in the anime and it's better quality as well.

Yeah fr, I hadn't listened to his music in a while so I started listening to him again. I forgot about how much of a vibe his songs are haha.
Who else do you listen to?

senayayaya Feb 3, 7:37 AM
Yeah I definitely need to watch bebop soon! Would you say you prefer Bebop over Champloo or are they both equally good to you?

Bro, Heart don't stand a chance is a vibe for sure. My faves would probably be Put me thru and Come down but that whole album is amazing tbh.

senayayaya Feb 2, 9:32 AM
Is it bad that I haven't watched Cowboy Bebop yet lol? It's been on PTW list for ages but I still haven't gotten around to watching it, I probably should though. I remember watching a couple music videos that he's directed. He did a mv to a song called More ft anderson paak and the visuals were amazing. I need to check out more of Watanabe's work fr.

ZechUwU Feb 2, 12:20 AM
Ah, that's understandable. Thanks for putting your time to read it
All Comments