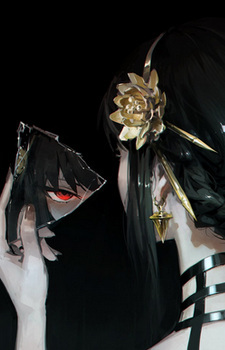 HentaiSenpai076 Oct 11, 2017 1:45 AM
There are no fillers in the anime and it looks like a solid anime without any chance of season 2 so I am pretty sure that it's all adapted:-)

HentaiSenpai076 Oct 9, 2017 3:36 AM
Oh ok. I guess that fine as it doesn't really have exceptional animation or anything. I would still prefer the anime cause I think that it gives a better experience.

Oh, neither my heart nor my brain is ready for it. I only met Ace once so far. Can't wait to see him again, he's such a cool character!

Skyavii Oct 7, 2017 3:03 PM
Haha yeah, I guess I am! I sometimes read like 10 or 20 chapters before I go to sleep and then I would watch the next part in the anime. c: I'm also skipping all fillers to catch up faster. I can see why One Piece gets so much praise, it really deserves it!

I know some major spoilers though.. Like about Luffy's brother Ace.. :c

YES, it gets even darker, I promise! Prepare yourself for episode 10 lol.

HentaiSenpai076 Oct 5, 2017 11:39 PM
Yea, I will watch it soon but I have so many sequels planned to watch so Its gonna take a while. Have you watched Monster?

Kimi no Na wa is a pretty good movie, but in my opinion doesn't deserve all the praise it gets. I feel the same way about Ghibli movies tbh.
Same thing goes for Shigatsu wa Kimi no Uso. It was very good, but I didn't like some things about it. I felt like Kaori, the main girl, was just a mere plot device, and the comedy didn't fit into the series at all.

HentaiSenpai076 Oct 3, 2017 6:32 AM
Not everyone enjoys your lie in april. Same goes for Naruto. It has probably something to do with your taste. I actually really like the plot and the characters in Naruto because I feel that it has a very strong storyline for example Naruto was an orphan and was hated by all the villagers and that was what gave him reason to become Hokage(leader of the village) so he can respected, unlike a random good -at-everyting guys who goes around seducing all the girls and eventually becomes the best without any effort and later he goes in a totally different world and instantly he is the best... U probably got the reference lol. Anyway,, I am also planning to watch Gintama, do u like it? What do u like about it?

HentaiSenpai076 Oct 1, 2017 3:42 AM
Both Naruto and Your Lie in April are one of my favorites. Your Lie in April is one of those animes that some people find it amazing but some find it boring. I was one of the people who found it amazing. So by the cover and the genres, its sounds boring and I never thought that a music anime could be this good. I never had any interest in classical music so to understand this movie you dont really need to have much interest or knowledge in music. The anime was also a tragedy and a romance, I was also amazed how music can be more than just music. I just like the FEELS, if u know what I mean.

HentaiSenpai076 Sep 30, 2017 3:17 AM
I have made in abyss in plan to watch but right now I am gonna watch some monster and some monogatri. Shounen? So many of my favs are shounen.. If u r looking for somethig short, unlike Naruto and stuff,, go check out Your lie In April.