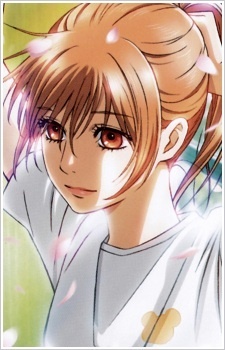 Mayinsun Sep 13, 2014 12:42 AM
Heyy! I just read comments on my wall and I thought I'd say hi. You're the one who was fangirling over Chiyaharu with me a while back :P Well im back to my anime watching ways and im happy with my 2014 anime finds. I think Ive seen everything shoujo-like out there though. Got any recs? - Mayi

evelyness Jul 24, 2013 3:26 AM
Hi hii!! This kind of random but you replied to one of my comments a while ago x.x and ..well I just noticed it :D It was about reading the manga Kimi wa petto considering I loved the drama haha :D I will give it a try thank chu ^^

SupernaturalLord Jul 8, 2013 7:36 AM
17 days later, really it didn't seem like that long, well it doesn't matter. Well it was the end as this is a new one and the old owner is not associated with it at all. So rather than the next stage of the last site, it is more of the beginning of a brand new one. Yeah I think most of them would be gone then, it is pretty much everyone that was active towards the end of the its run that are there posting, but hey anime fans regardless are there and surely there'd be some you could chat with instead, oh and Holo is not exactly that active either as his posts are rather infrequent. The skype chat has been running for a while, at first it was only 5-10 members then they decided to open it publicly during the collapse if not a bit before, believe it or not there can be quite a bit of activity on it but the topics can be eccentric at times. Believe it or not I only made my skype for the sake of joining some of these chats, at one stage you would miss too much if you weren't in them at all.
So things have been more normal for your last summer break since the last message, definitely better than nothing and at least your anime break has a good reason behind it.

SupernaturalLord Jun 20, 2013 6:40 AM
That is the most important thing to do, well other than some studying since that is kind of the point of the move in the first place. You figured this sort of situation would happen when the first site was shut down? I am impressed since no one really knew too much of what was going to happen other than a 2nd migration eventually from the refuge to blank,yep that was all we knew.
I'm sure you will fit right back in once you get the hang of the new layout you were a member of our community after all, although it is still sort of a work in progress in a couple of areas. When it first opened it had so many bugs that some people couldn't even register or post, these have been fixed now. If it helps iloveholo is also on it since I remember you'd often converse with him.
Also there is now a community skype chat that basically has all active members in it, so the community discussion methods have changed a bit since you were last a member too.
About your friends, it does sound weird, final summer break before everyone moves away so they ignore someone just doesn't sound like whats meant to happen, wheres the screwing around making the most of it while you still can?

SupernaturalLord Jun 14, 2013 5:19 AM
Oh on the advertising section of it, that part didn't even cross my mind. I did remember you liked art so it sounds like a reasonable choice regardless of how iffy it is, personally I think reporting could be a bit of fun focussing on the could part. Yeah I'm in that same boat and indecisive is the best way to describe myself, seriously that is the only thing I am certain on about my situation, some sort of direction would be good right about now.
Thats the best way to be about it I think, just look forward to it and make sure to enjoy the ride is really all there is to do.
Yep it was a complete temp with the sole purpose of keeping a large part of the community together, and yeah this new site is a review site but there is a bit more to it than that.

SupernaturalLord Jun 11, 2013 5:43 AM
I know what you mean, social activities are rather limited since everyone prefers staying indoors since you still can be social without actually hanging out. My summers were the same, who needs to meet up when you still can chat without leaving the house or just spend the time playing games, it must of been nice growing up 10 years earlier as these conveniences weren't as large but then again not much anime to watch hmm. Journalism sounds cool, writing posts for news readers or reporting live which would you prefer? Yeah 17 is too early to know, hell I still have no idea and I'm 19 with plenty of free time on my hands.
Now thats interesting, interstate move for college, I'm not sure if I'd do something like that personally but sort of wish I would as it sounds fun with quite a lot of new experiences.

Ah you mean JDR, yeah that was only a temporary forum and has since been set up as a redirectory url only since we have moved again to a permanent one [unless something is to happen again]. This has a more complete sort of feel with more than just threads but for now it is a bit inactive and needs more members to be successful. The new site is called Dubtopian Reviews and has a mascot called Arisu. http://dubtopian-review.eu

SupernaturalLord Jun 10, 2013 1:12 AM
Only decent while on a summer break, are you sure you're doing it right then? So you've finally gotten back into watching anime, I thought it had been a while as I never saw any activity on your profile recently. So you'll be college freshman in a couple of months, whats going to be your major? You know a decent chunk of the community is still together since most of us migrated before it completely collapsed, if you're interested I can link you to it.
Things for me are fine, I've grown bored with my area in general and want to start seeing what else there is around. So anime is the only stable past time I have at this very moment, which I've been checking out some of my "must see" titles as well as some quite different ones. Plus new releases keep me preoccupied too.

Any reason in particular you sent the request?

SupernaturalLord Jun 7, 2013 4:19 AM
Haha, yeah I am keeping myself busy with them at the very least, been watching too much recently I've started to think.

Its been a while, since the collapse of the last site, hows things been?

Saispet Jun 2, 2013 7:12 PM
disappointing to say the least, but alas there is more manga out there that can satisfy my reading urges, especially during winter because its too damn cold to do anything else that's legal -p-

Saispet May 31, 2013 2:50 AM
ughh, i hate reading that shit. it hardly feels like the same manga anymore, if you start from the start up till the recent chapters it seems like a totally different story/prespective.

Saispet May 28, 2013 6:34 AM
wayyyyy better, but then again i read the manga first and got the feels from that, so the anime was just poo compared.

Get to reading it, NAO
All Comments