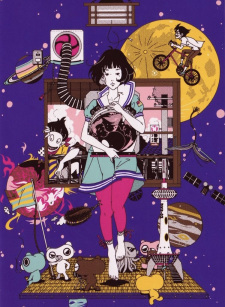 sugalovebot Jul 29, 12:34 PM
duuuude,, the film was AMAZING but i got to be honest im pretty traumatized from watching that

i wasnt expecting that much nudity and that ONE murder scene involving the screwdriver,, im not even a boy and i felt that ngl hecuhfudhjn

im just really glad to see mima doing well than she did the last time we saw her at the timeskip in the end! idk this film is goes very in depth and its so much for my little brain to grasp >-< im gonna have to rewatch the film like you to further analyse it ! :D

about my user lol,, i got a friend request from a guy and he messaged me with a "girlfriend application" listing all these rules to become his girlfriend, some i remember being that "you shouldnt be talking with the opposite gender as i should be the only boy", "turn off your message board bc i dont want to deal with that" and "wanting all access to social medias" he even included roblox 😭😭

but i didnt rlly like that tbh,, and it seemed like he sent that to many other girls than me (which he has, one of my mutuals on here came to talk to me about what was up with my bio as well, and she said she got the same message and then just blocked the guy) but,, i just told him that if you wanted a girlfriend than you should learn to trust them more and that relationships were about trust,, and i even said that i would love to talk to him more and he seemed nice! little did i know, he replied to my message and he got really pissed off,, i got scared and i blocked him and he literally got one of our mutuals to message me about the situation,, before i could read the messge i blocked them too :/ im still pretty shocked ab it and i regret even speaking up in the first place, but it is what it is :o

gintokisbicep Jul 16, 3:25 AM
omg i LOVE nagata kabi!! her works hit me so hard they're so brilliantly well written. like i sometimes just wanna cry reading it because it hits so hard.

sugalovebot Jul 9, 6:49 PM
omg this reply is like a month late ksadnckjld I AM SO SORRY

but yeah of course thats okay! i really appreciate you friend requesting me :)

omg i see youve watched perfect blue, can we talk about that movie though :OOO that movie kinda fucked me up, i wasnt expecting most of the plotwists, the psychological horror in it is amazing !! what do you think?? :)

Alienekoo Jul 6, 8:22 PM
ohh! that's great o: I read a bunch of manhwa too like Tog, solo leveling, sweet home. I also read some isekai revese harem manhwa that are not too popular but are just like shoujo manga but korean. I am pretty new to manhwa too XD
I am up to date with ToG and it's amazing. You should read it. There are soooo many characters with huuuge world building in it. Gonna be hard to remember many of them but it's fun. XD

Alienekoo Jul 5, 12:47 AM
you're welcome :D
It seems like you read manhwa, what kind of manhwa do you read often?

soffan Jul 2, 4:11 AM
omg thank u !! i never expect someone else to actually read the tags so i hope there's nothing,, too bad there HFDKJ but thanks for relating ur so sweet

curious but how were you able to find my account ?? :)

bottledangel Apr 1, 9:50 PM
dont worry about being late! im the late one writing back haha, thank you for sending me a friend request in the first place!! if you ever wanna talk about smth im here! :)
All Comments