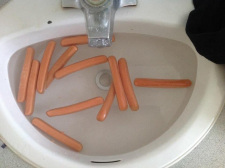 Thanks for the info I would give it a shot.

Buttowski Dec 25, 2019 8:29 AM
Hey man, how you doing?
Since you have seen psycho pass 3, I want to know that is the knowledge of season 2 would be required to get into it because I don't remember anything related to season 2, I want to give it a try but the only thing I remember is Sybil system and how it functions.
So should I just start it or do I need to rewatch season 2?

I don't really hate it, I think it falls short of being a heart warming drama in particular when you're surrounded by a harem that even the teacher is in on.
I didn't find it comedic either.

Hachiman wants something "genuine" and it's like... dude! The otaku guy, Zaimokuza, IS RIGHT THERE! He's always happy to see Hachiman, he doesn't judge him and they both enjoy otaku things, though Hachiman abandoned the otaku life. Hachiman emphasizes that fitting in is stupid but that's exactly what he's doing. He's fitting into being "average" at everything as to not stand out. I can perfectly see the two playing video games and chatting about anime and hitting it off. It's easier to make genuine friends with those who share a common interest.

It's also hard to be convinced that the characters actually have problems when they look like idols of who most people want to be. The pros outweigh the cons.
The pros of Yukino being beautiful, icy cold, and rich outweighs someone who is ugly, icy cold and poor.
The pros of Hachiman being able to slay and roast everyone and getting a harem outweighs being a cynical loner.

Overall its not a series that kept me on the edge of my seat or ripped my kokoro out compared to other titles in its genre with a similar theme, notably
Ao No Flag
Yugami-kun ni wa Tomodachi ga Inai
Koe no Katachi, Onanie
Chikan Otoko
Master Kurosawa

Ertebak Jul 14, 2019 7:13 AM
I see, I wish that it was just that. Idk for me his character was like a thorn in my side which made it like near impossible to ignore, because of how garbage his character was and how he didn't fit in the story at all.

Hello human. i come in peace. i apologize for coming uninvited to this holy place of yours. i have finished a show that i really like. due to having only a few or no friends. i needed people to talk about that show. i went to the statistics page for the anime in question on this site. i have noticed that you have completed the show relatively recently and you have a picture which means you care about your social status to some degree. i am a weird person. i am not an English native speaker. i am not an interesting individual. some think otherwise, but i do not think so, at least in terms ....ok i do not know what to say next so let us close on that. i would like to discuss or at least share my appreciation of the show. i do not know how. every person is different and so not everyone is interested in talking the same way. luck is my only ally here. thanks and again. the show i am talking about is Uchuoten Kazoku, and in English it is called the eccentric family. have a good day. always drink water

Ertebak May 1, 2018 10:04 AM
How the fuck did you deal with Outarou from ran and the gray world. He's such a one-dimensional character who just ruins everything he touches. He's an asshole and sexual assaults/rapes people.
All Comments