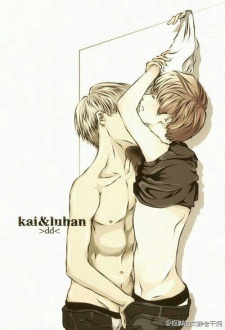 tsubasa_ Apr 20, 2018 4:02 PM
Yeah lol. True, I needed a break and had my reasons for not being online. Oh that's fine I just wanted to say that..xd Hahahaha I get it, tbh I never ever thought of myself being into Kpop but they were just the right group to get into it and so I also started listening to other groups and liking the music as a whole xd Eh yeah maybe? ;P Indeed and I'm so happy it's actually a good thing I got into it..I feel like I became a lot happier since then, I just love to watch them sing and doing their insane choreos and all of them are pretty fun people and also so humble and kind.. :) You're right about that, it's maybe the one thing I've been lacking for my whole life hahaha. BTS are my fav group and literally my everything but ofc I like other groups like Stray Kids, GOT7, Monsta X, I listened to a couple of songs by EXO and Big Bang...and I love SHInee (may Jonghyun rest in peace). I also tried t listen to girl groups like SISTAR, T-Ara and newer girl groups like Red Velvet and Blackpink..but the thing is..the male groups do a better job at choreos..I feel like the girl groups don't really focus on it. But I don't hate them, they're cool in their own way. Wbu? I mean you've been listening to Kpop far longer than me xd

No, I actually never forget about people, my memory is quite good so yeah xd That's so true, I don't really care about what others may say let them talk, I like what I like and I'm so grateful for that xd Hahaha yeah true ;P

You know my old man is giving me a rough time like usual, after not talking to him for like half a year, he terrorized us and I felt the need to do something about it and talk to him...it wasn't actually my intention to talk to this man but I wanted to help my mom and sis..but my mom was like she doesn't give a damn about what that man says and if he does something we can just look for somewhere else to live..but I just wanted to help and now he keeps bugging me the whole time but I manage somehow. Man...that doesn't sound good...if you wanna talk about it, just tell me..I also tend to laugh things off even though it's not a topic to laugh about :/
You can ask and no I'm still waiting for the job center to give me an OK...I found something I wanna do..well not really want but it brings money and it's helpful so they decided to pay the whole shit for me and I was like okay that's cool but they still wanted to talk to me about it first. My health...my mental health LOL...blaaah I actually gave up on that but the other thing about me not being able to walk or do anything...guess what happened? The fucking pain disappeared after I drowned myself in vitamin pills LOOOOOOOL...like wtf..even the doctors were clueless and my mom just bought them and was like okay it's worth a try...well good it disappeared. No that's totally fine..I don't really mind talking about that and like I said if you wanna tell me something I listen okay?

And I'm so hella sorry about that...but thanks for understanding! I already acceoted :) Oh I see, I never did that before tbh..only on MAL..I also decided to not accept random FR anymore..I mean 90% of them won't even bother talking to me xD

tsubasa_ Apr 20, 2018 7:50 AM
You saw right, I haven't been on MAL for more than half a year as well and yeah it's ya boi V...LOL Is it really that hard to accept? hahaha...tbh I feel ya..but stuff happened and yeah..xd Nah you're right about that but I got into it and I'm glad I did xd

It shouldn't be awkard..I'm just not the idiot anymore..I feel like I can show people what I like without hiding anything so that's why I decided to put pictures and stuff here as well hahaha

Thank you, atm it's a bit rough at home but I manage..I hope everything is okay on your end!

Btw I'm sorry, it wasn't my intention to remove you from my list, it was just so cluttered and 90% of people didn't even talk to me so I removed them. If you feel like..you can send me a FR again

supernatural88 is my id now :3

xXSilverSoulxX Mar 17, 2017 7:04 PM
wait before you go to bed....is use the same nickname there like here but for an ID i need to make another one? o.o Did i even use the right app? xDD

xXSilverSoulxX Mar 17, 2017 6:58 PM
Hahaha yeah xDDD tbh i don't have many accounts xDD on whats app i use the nickname BL-Master....i dunno if others can see it...my parents write with me there too. xDD Sooooo okay.....how can i find you now? and did i need an ID or something? xD i have no idea how this all works. xDD

xXSilverSoulxX Mar 17, 2017 6:17 PM
Chicken with bones too? H-how is that even possible? o.o xDD Omg Pizza with fork is not alright. xDD Ezio would be turning in one's grave...wiat at that time there has been no pizza. xDD I'm so dumb....hahaha my neighbour is an owner of a italian restaurant...he showed me once how to eat pizza properly. :D (to this owner i also have a funny story which is connected with AC xD). When it comes to me....i would eat all my food with my hands. xDD i love touching it. xDDD Yeah come to me and i'll teach you how to eat healthy shit. ;D
I think its all the same for every kind of food...if you cook it correctly you can make a good dish out of all of them. ;D
Hahaha yeah if you work on the construction site, they mostly do that on lunch break. :D Your mom is still a drinker? :O and the worst reason is if you have really shitty problems....being alcoholic is an illness.
How old are you now??? :D 24? :D Ohhh awww thankies beloved LJ!!!! <333 *3*
Weeeeeell......i was really rebellious and loud most of the time and i wanted attention from everyone....and i also always get what i wanted from everyone....people really feared me and my friends at that time. xDD
Awwww noooo you're not a loser....dont say that. Just imagine we two would have met at that time. xDD
All Comments