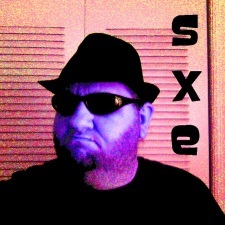 killerqueen2000 Jun 28, 2018 7:21 AM
ha ha. the funny thing is these series aren't really old at all. tatami is from 2010, ping pong is 2014, and parasyte is also 2014.
parasyte is popular but for the other two series most people just didn't hear of or skipped because they don't like how it looks. there werent cute girls in them XD.

killerqueen2000 Jun 27, 2018 7:58 PM
You probably haven't heard of them because they aren't really popular at all. Ping pong and Tatami are by the same director who has a unique style in making animation. Chihayafuru is more popular than those two but not super mainstream either. I think its easier to watch the shorter series first

As for the others, generally people like these series but yeah depend on your tastes. They all are great in writing though except for jojo, which is great in how weird it is. I think you will like all of them.
What kind of genre you like the most anyways?

I just finished Parasyte in one day. solid 8/10. the characters were really good for the most part and the theme of the series is brilliant.

and btw someone bought the full megalo box soundtrack! you can listen to it on youtube

killerqueen2000 Jun 26, 2018 8:48 AM
Hey killer queen here. About Joe, the terrible sound quality and animation is hard to watch at times for sure but I don't have a lot to complain about. The bad quality also makes Joe seem like a horror anime. Some scenes look scary as hell.

As for recommendations Ping pong is a great series. Its a character study just like Ashita no joe and its only 11 episodes. If you like good characters that one is great.

Maybe you watched Monster already but its like a more mature death note and very psychological. One of the best psychological thrillers and main villain. I recommend the manga over the anime but both are good. pacing is slower in anime.

most likely you have heard of Berserk which is medieval dark fantasy story. I would for sure recommend the manga over the anime because the art is so good. The characters in Berserk are pretty complex but this series has tons of rape. very dark.

I haven't watched Rurouni Kenshin but I watched the 4 episode Ova trust and betrayal. its a beautiful Ova and the characters are well written in only 4 eps.

I don't like Tatami galaxy that much but its a great series. Its about college students and their life but its not as simple as it sounds. Not sure how to explain it. also 11 episodes.

Not sure if you are into Shoujo and josei but Chihayafuru is something I would recommend. sometimes is melodramatic but it has fun characters. The manga has more development but the anime is worth it too since madhouse animated it. Its about Japanese card game. I watch it all for the characters though.

If you liked Cowboy bebop Trigun is great too. Not as good as bebop but its a nice watch.

Lastly, JOJO! i just recommend all the manga and anime lol. Its just so unique. part 5 is finally coming in October.