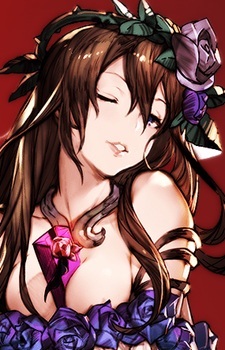 defunctmaluser Oct 4, 2017 7:44 AM
If nothing else, I would still watch the anime-exclusive second half because at least it managed to keep me entertained long enough to forgive its many, MANY shortcomings. Kuro II did no such thing whatsoever. I'm just glad that A-1 Pictures got their shit together and made GOOD adaptations of the manga this time around.

I mean, considering how much the first 15 episodes of the series deviated from the manga anyway, it would've been better if they made a fresh adaptation from the start. I mean, scenes from the manga like Ciel fighting off a bear for Lizzie are completely omitted.

Also no prob. IRL gets the better of us from time to time.

defunctmaluser Sep 8, 2017 7:14 AM
Thanks, though I'm not particularly fond of my reviewing style from back then.

I've actually read through most of the Kuro manga since I couldn't stand waiting for episodes as it was airing. It was one hell of a romp, all things considered. At this point in time, I'm grateful that A-1 Pictures is opting to properly adapt the series though I really wish that they just went with a standard reboot instead of making a half-season, a pair of OVAs, and now a feature-length movie. As far as Book of Circus goes though, it was definitely the most exciting show from that entire season for me and it still holds up quite well tbh. Hell, even the first episode was spectacular because we still got to see Sebas-chan in action even though it contributed nothing to the plot whatsoever.

I personally didn't mind the anime-exclusive second half of the first season. If it was actually somewhat longer, I'm sure it would've made more sense. Also, I love how the little things like the Phantomhive Servants' origins actually managed to make their way into it. If anything, Kuroshitsuji II really pissed me the fuck off. Alois was a cunt as was Claude, the fan service (if you can even call it that) was ludicrous, etc. The only redeeming quality it had was the OVA specials where one of them was a first person experience as a guest inside the Phantomhive household and the other where Ciel's reliving Alice in Wonderland.

Hope you will join us! :D

demonus Mar 19, 2013 11:50 AM
It's all good... I had already seen episode 10. The reason i was messaging about episode 9 is because I found the story of Tamako's parents extremely touching. Dude, tears, seriously.

brightsuzaku Mar 17, 2013 7:30 PM
Hey, what is the template for your list? I want to use it, and, uh... edit the code for cranes in the background or something... UEHEHEHEHEHEHEH.