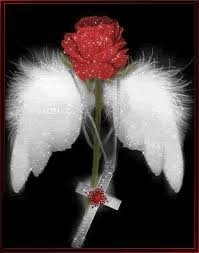 Yae_Sakura Sep 5, 2019 9:42 AM
oh I c
I only know Fruit Basket from the manga ahaha
Cop Craft is pretty good so far, it's still airing atm
only 9eps r released

Akagi-han Jan 27, 2019 1:22 PM
I see, well I will defiantly look into it. At the moment I have two books to finish off, and still trying to get all the books from a series. I see, fair enough. I tend to find myself adding new things, when stuff comes out, and I think it may be interesting.

Akagi-han Jan 22, 2019 7:23 AM
Hmm...that sound interesting. I have not heard of it before, but it seems appealing since it keeps true to the manga. It's rather difficult to find that, since most anime series have fillers. That's fair enough. I personally tend to watch the anime first, and then the manga, but the again it just depends what I feel like going with first.
Sounds good :) Never really got into it. I've tried I think like 2 volumes, but idk just did not appeal to me as much. Not sure why. Is it worth the read?
Unfortunately I have too much on my lists right now, so even so would probably be a bad idea to add it my list xD

Akagi-han Jan 19, 2019 1:08 PM
Well like I mentioned, I read a while back so it's a bit difficult to compare the story difference, but the manga wins big time. Haha yes that is true, technically it's only one character after all.
That is true, I rather find it rare for an anime series to be better than the manga. Sometimes it may be about even, but it's not heard of so often.
Certainly recommend :)
Have you watched/ read anything good recently?
All Comments