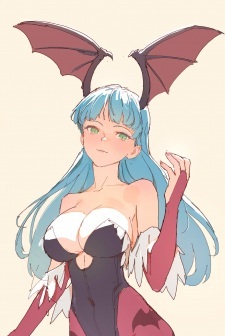 ArchaicManChild Mar 20, 2016 5:50 AM
Oh haha. Yeah, honestly, I think most people can actually see the flaws with the show, which are quite apparent, even the ones that might not bother people immensely. The show just plays with your mind so well that, you forget to see the big picture and neglect the meaning of critical reviewing when giving their opinions on the show, as a whole, not just on enjoyment.

ArchaicManChild Mar 15, 2016 7:18 AM
If I were to take ERASED more seriously, I'd say that it's more of a light hearted anime that drowned itself with heavy themes. From most of the negative reviews that I have read about it, the mass majority are older generation anime watchers who probably expected an anime that looked into social issues and had deep philosophical insight, given that its main concept was time travel, just like Steins;Gate. Firstly, I'd like to point out that ERASED is more of a simple story aspect anime, but given that Steins;Gate was also another time travel anime that went in a completely 180 direction from ERASED in terms of plot and setting, most people's expectations were probably let down. Hence, I choose to overlook the anime's lack of explanation about his power, given that that was not the main focus of this anime. I do understand that many others are also annoyed that ERASED used time travel as a convenient way to cut to the plot. Really though, I admire how these O.G anime fans take everything into consideration! From the very minor plot holes and conveniences to convenient and light hearted perception towards serious issues like child abuse as a way to advance and deepen the plot. It'll get much, much worse next episode, haha. Ahoy plot armour.I'm just a casual anime fan, what do I know, right? I've never watched more than a hundred anime, much less one thousand! So much free time! God I'm jealous. Really though, some low reviews are bound to happen to every anime, just because there's that 1% of veteran anime watchers that give low scores to majority of what they watch. To most people, they just don't care that much. We just enjoy the anime. I just hate it when those veteran watchers act high and mighty and call us unthinking or easily swayed. I'll admit though, SAO was utter trash. Lastly, interesting to note that the favourite anime of these O.G watchers are all relatively old. I'd say a partial aspect of their criticism comes from their annoyance towards how anime has changed over the years.

Conclusion is, most people nowadays just watch an anime for the entertainment value. Whether it's really good or bad doesn't bother them. This has both annoyed me and become part of me(SAO is shiiiit).

TheLonelyCynic Mar 15, 2016 12:45 AM
All good, I try to avoid all the hype. It tends to blind you from the obvious flaws and just makes them seem worse 'cause of all the people acting like they don't exist. I mean it's still a decent show, but it's far from a masterpiece. I'm just glad some people notice similar things as me, let's me know I wasn't simply nitpicking for the sake of it.

TheLonelyCynic Mar 14, 2016 11:43 PM
I usually don't leave comments after reading reviews, but your ERASED review (or whatever you want to call it) was a nice read.
It pointed out many flaws, some which have bugged me for a while now, and some which I didn't notice.
Keep up the good work.

sgt_dicky Mar 11, 2016 4:30 PM
Agree with your review about ERASED mate. I liked it too at first, I really did, but now it seems funny.
No explanation behind his powers, he is behaving like a kid when he is actually 28 years old (but yeah, let's make it a cute kid's love story so that people will like it), the murderer was way too f*cking obvious and the whole series is way too obvious in general...
Not a good mystery show and particularly not good at the psychological genre either.

shanimebib Mar 11, 2016 12:26 PM
I already lost a chunk of my interest in the anime which actually had a very good start and then went downhill from the fourth episode onward. What amazes me the most is seeing how most of the viewers simply ignore the level of stupidity the anime has achieved in the first six episodes alone (to the point I have seen and placed it on hold) yet they tend to think OMG! THIS IS SOOOOO GOOD!

I got a bit spoiled following it as I am not up to date with latest episode but it was a very good review none the less. (+)ed.

Flomazoid Mar 11, 2016 11:22 AM
I completely agree with your review/rant of Boku Dake. The most overrated show I've seen in a while.