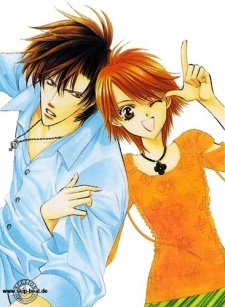 I hope you have a Merry Christmas!! 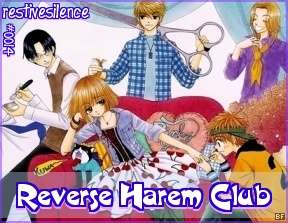 OrlahEhontas Mar 9, 2009 8:47 AM
I do a lot of the re-seaming myself using Paint Shop Pro, But I've been getting lazy in my advanced years, and don't do it as much.

I'm like you in that I've seen them compared to each other but since I haven't seen Lucky Star and probably won't since it's been licensed now (unless I rent it from Netflix), I really can't compare them personally.

I agree with the rating business. So many of the people are rating the new stuff based on the fact it's funny or great fight scenes or whatever. If they were to sit back and judge an anime in comparison to other animes based on the artwork, the soundtrack, and the overall story, I think Nutaro and a few others (who shall remain nameless) would not be as high on the list as they are. I mean, c'mon really, Bebop isn't even in the top 50 anymore. What's up with that? And Nutaro, Bleak, and Opie in the top 10?

OrlahEhontas Mar 5, 2009 7:33 PM
Welcome to the procrastination club of the world. I probably would have been a founding member, but I kept putting off starting it.

Haven't found that picture yet, but still looking on and off.

Well if your in the process of re-reading "Sluggy", I won't leave any spoilers. But wait until you meet Zhoas. You should get a chuckle out of her.

It's probably late, but congrats on your engagement. 4 years? I see another prospective member to the PCOW.

By the way, I like what you said about ratings. Especially about the ones that rate a show based on 1 episode out of 52. Criminy, 1/52 barely introduces the primary main character, let alone the storyline. I feel it's very insulting to the animators when they do that or just drop the series because they didn't like the first episode. At least watch the whole thing or don't rate it. After all, who knows, it could get better. Obviously, if the anime is only one episode, you sorta half to judge by that.

Yeah, you and sylvanesti are the 2 highest anime compatibilities I've run into on this site so far. One of these days I'll figure out what that percentage is based on. I actually ran into someone that shared over 150 different animes with me, but our compatibility was about 35%. I'm baffled.

Valeria-chan Feb 24, 2009 4:16 AM
I love Rahzel as well as Alzeid. Heat is also cool. I didn't like how different or I should say rather how backwards the Anime was to the Manga. I wish they would make more Hatenkou Yuugi. On both Manga and Anime. I just recently just getting up to date on the Manga but I am glad I did. I loved it and omg why did they leave it off they way they did. I want more more more. I need my Rahzel/Alzeid fix.

Thanks for the request.