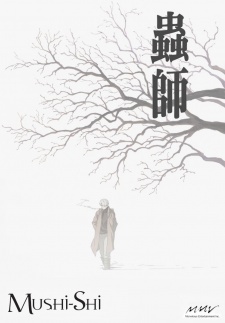 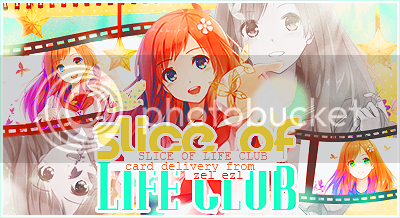 Thank you for requesting! ♥

Valentine Massive Delivery
Please make sure that if you're
in multiple clubs and have requested
your cards, make sure you check
each canvas.

Please save and rehost asap.
Any issues please notify me through my blog entry.
Ctrl+f to find your cards.
Thanks for requesting~!

Ctrl + f to find your cards
Please save and rehost within 14 days.
Thanks and Enjoy!!

Nominate Your favorite female character of 2014

This is just a reminder to everyone who is participating in the Secret Santa Event to please have your gifts sent to toridoshi by the 23rd!
Also, please stop by our chat thread to meet new friends!


This part of the newsletter isn't exactly Christmas related, but the Slice of Life Club has two new threads for members to be informed about.
1.)Slice of Life Club Official Gamer Thread
Do you play Osu! or League of Legends and would like more people to play with? Perhaps you have a 3DS and would like to exchange friend codes to play games like
Pokemon together with others? Are you looking for more friends on Steam? The Official Gamer thread has it all!

2.)Suggestion Thread
Do you have a suggestion for the club that you would like to share? This thread is for members of the Slice of Life Club to share any suggestions they might have, be it big or small. We would like for our club to keep improving as we grow, and we would also like for all of our members to feel like they have a place here.


Now onto our weekly Male Character Competition updates:
It all comes down to this! Who of the remaining two will be crowned as our champion?!

We will be doing another character competition after this one ends.
Expect news on this to be provided in our newsletter next week.

P.S. The Slice of Life Club would like to wish everyone good luck on their exams (if you have/had any)!

It's time to for Sapphire Round to begin!

The Slice of Life Club will be hosting a couple events to celebrate the Christmas season with! We will be doing our third annual Secret Santa event and a Christmas themed MAL Scavenger Hint! More information on the events and links to their threads can be found under the spoiler tag:

[u]Secret Santa Information:[/u]
It is time for our third annual Secret Santa event! Every year for Christmas we have our members signup to exchange presents with each other. Every person who signs up will be private messaged a name of another participating member to make a gift for. You will be assigned someone at random, so I'm afraid you can't pick who you get to play Santa for. The point of this event is to try to have members meet new friends and to spread the Christmas spirit!

Are you not confident with your graphic designing or writing skills? Do not worry! There are plenty of gifts you can make for your target that do not involve those things; any gift that you put some amount of effort into is an acceptable gift. Examples of some gift ideas are the following:
- Graphic design gift (banner, profile picture, signature, badge, layout, etc)
- A fanfiction
- A poem
- A list of anime recommendations for that specific person (your target) and why you would recommend them each show.
- A drawing
- A video
- A song performed by you
- A folder full of high quality fanart of the target's favorite character
etc...

There are plenty of things you can do if you put your mind to it.
Click here to signup!

[u]Scavenger Hunt Information[/u]
The Slice of Life Club will be hosting a scavenger hunt to celebrate Christmas! Staff members will hide different colored Christmas tree ornaments all around MAL throughout December. You will have to search through profile pages, blogs, old posts in MAL forums, old clubs, etc to find the ornaments. Does that sound too hard? Do not worry! We understand that it would be impossible without hints, so we plan to give out many hints about the locations each day. I will be splitting participants up into groups of three (meaning you'll have a couple of teammates to help you search). At the end of the event, the top three teams will get a winners banner to display on their profiles/blogs.
Click here to signup!

We will also have some Christmas themed card editions, and special Christmas cards that you can request to have sent to your friends.
We hope you'll join in on our festivities and spend Christmas with us!

It's time to for Ruby Round to begin!

Now without further adieu, onto the Male Character Competition stuff:

Over the next five weeks the Slice of Life Club will be hosting a Male Character Competition. We have had two competitions for female characters, so this time we are letting the guys have some of the spotlight. Please come in each week to vote for your favorite male characters! For some more information on the contest, please visit this thread. Our current matches are the following:

As for TAR i got back on it but it seems very dead. I don't even know how to officially rejoin I'm just posting stuff haha.

Lemieux88 Oct 26, 2014 1:46 PM
On the anime side I just recently finished blue exorcist and I loved it, right now I am watching fairytale as well as soul eater not.

Otherwise I've been dealing with real life stuff doing work and both breaking up with my girlfriend as well as finding a new girl I might want to date, you know life stuff. I hope I can remember my account on TAR by the way.

It all comes down to this! Who will be our champion of cute?
Will it be our beloved idol and mascot of Muse, Nico Yazawa? Or will it be our cute little "alien investigator," Erio Touwa? You decide!

The Slice of Life Club will be hosting our second team event. This event will have a Halloween theme to it, if you didn't gather that much from the name. Members who signup for the event will be divided into two different Halloween themed teams. Through the whole month of October, members will want to try to earn points for their team so that their team will win at the end of the month. The winning team will get to request all of the Halloween edition cards and help pick out two of our weekly editions for November. We're going to have lots of fun stuff planned for our members to do, such as special games, a test of courage, trick or treating (for small prizes from our card makers), daily riddles, a poem writing contest, a Cards Against Humanity tournament and more! Please join in on our festivities.

Spookafest will start on October 1st and end on October 31st.
To signup for Spookafest, post in this thread.[/spoiler]

Our four finalists have been chosen! Now it's time to vote for which one of those finalists will be our "Champion of Cute."


The Slice of Life Club will be hosting a Male Character Competition next. Nominations for the competition are currently open.
To nominate characters, please click here.

Crystal Round is now open for voting!
It's time to decide who our top four cutest girls are to send them on as our finalists. It's up to you to pick who is the cutest of the cute from our remaining contestants! It all comes down to this.

[u]Group A Match:[/u]
Renge Miyauchi vs Aya Komichi
>>>Click here for vote on Group A matches<<<

[u]Group B Match:[/u]
Nico Yazawa vs Karen Kujou
>>>Click here for vote on Group B matches<<<

September's theme is "Friendship" and the deadline is September 20th.